This page of the guide to Dying Light 2 describes an important choice from the Now or Never main quest. You will learn what are the options for choosing who to trust - the Colonel or Matt.

You can find the complete walkthrough of the Now Or Never main quest in our guide. The following description refers only to the important choice. 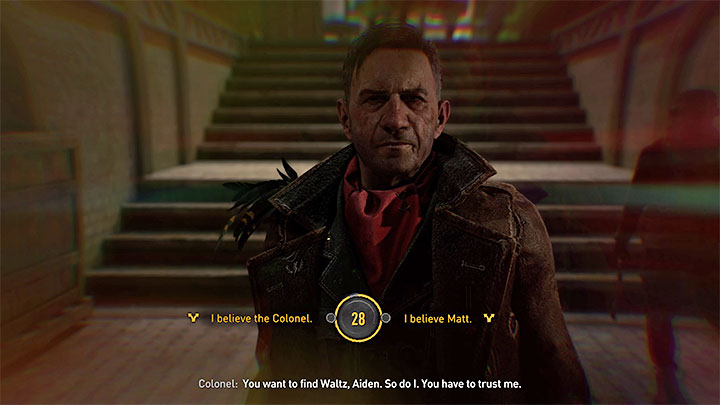 You will meet the Colonel in the main room of the Fortress, where you'll have to make an important choice. There are two main options:

Option 1 - I believe the Colonel 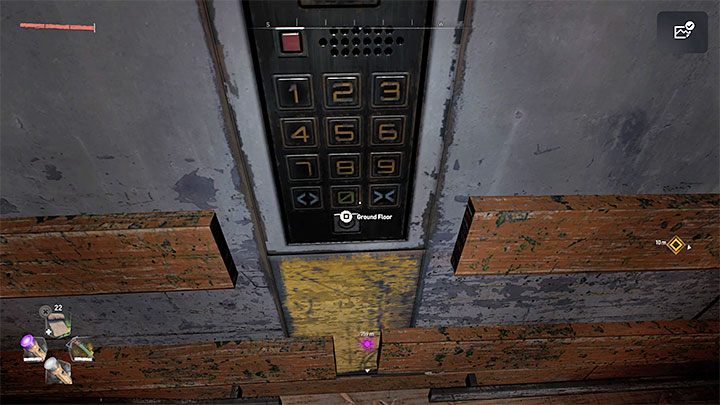 If you chose the left dialogue option, you will avoid fighting the Renegades. You can ask the Colonel a number of optional questions, and additionally you will gain access to Waltz's laboratory.

You can now move freely around the Fortress as Renegades' attitude has changed to neutral. Go to the elevator and use it to go down to the ground floor (picture above). 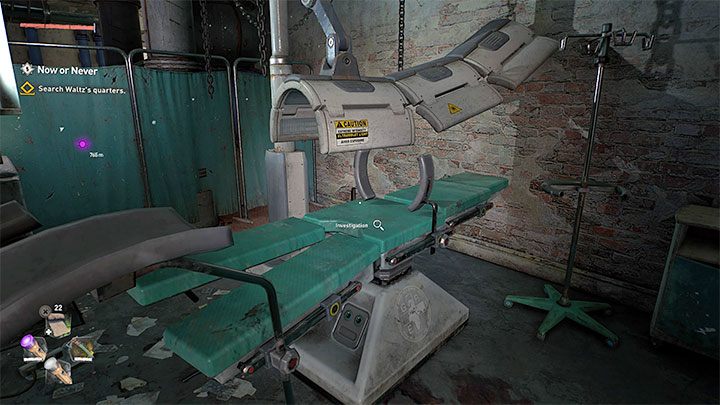 The only obligatory object to be examined in Waltz's laboratory is the operating table. Investigating the rest of the location is optional. 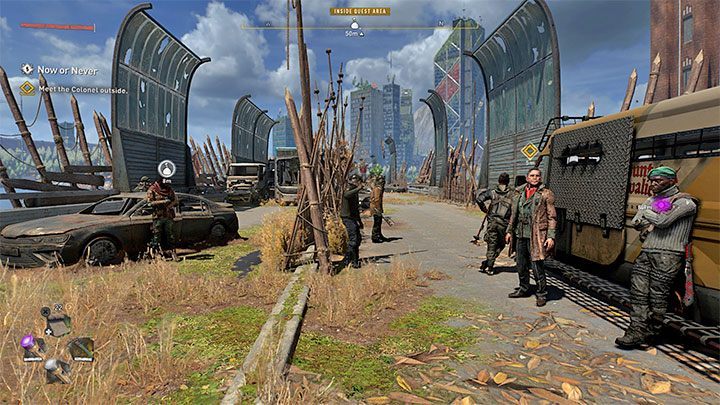 The colonel should come through the radio with information about the prepared transport. Go to the building exit (you can open the gates from the other side).

Note that there's a trader near the truck - this is the last trading opportunity before the campaign finale. After you talk to the Colonel, you will use the transport and proceed to the final quest of the game. 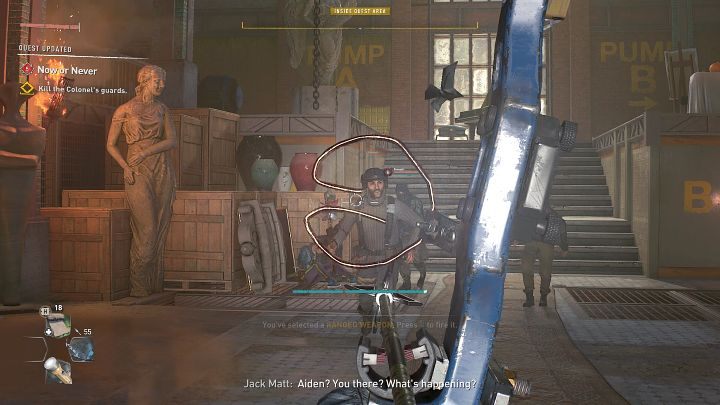 When you take Matt's side, Lawan will shoot the Colonel, but his wife Anna will cover him with her own body. The colonel will run away, and you will have to fight his men - they will attack in waves. 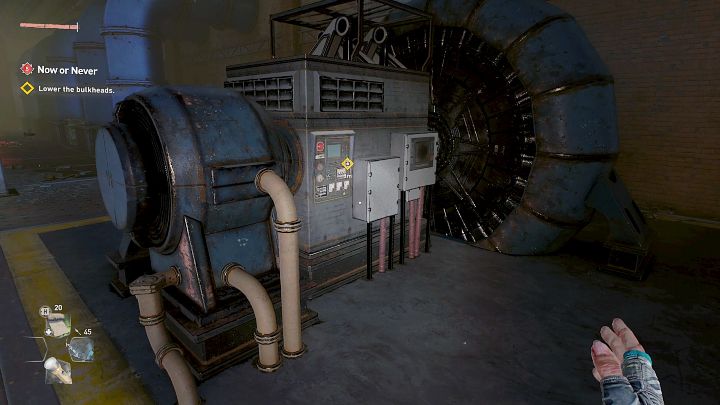 After the fight, talk to Lawan to see if she's okay, and then try to activate the machine that controls the dividers on the dam. 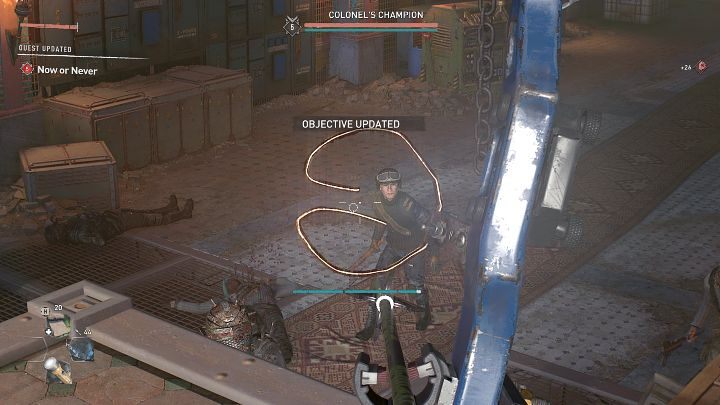 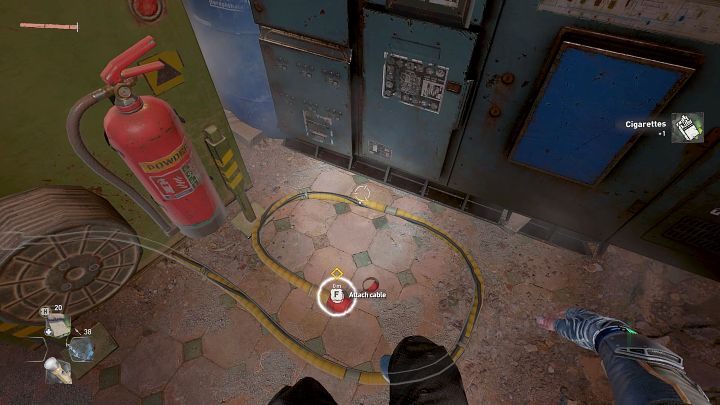 After the fight, pick up the cable from the ground and plug it into the nearby machine, and then try to activate the machine controlling the dam dividers. Talk to Lawan again after a short cutscene. 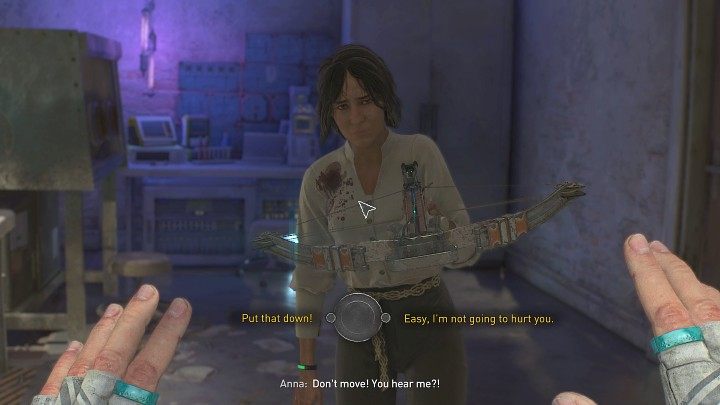 Follow the main quest marker until you finally reach the room where Anna, the Colonel's wife, is hiding. You can choose any dialogue options during the conversation. 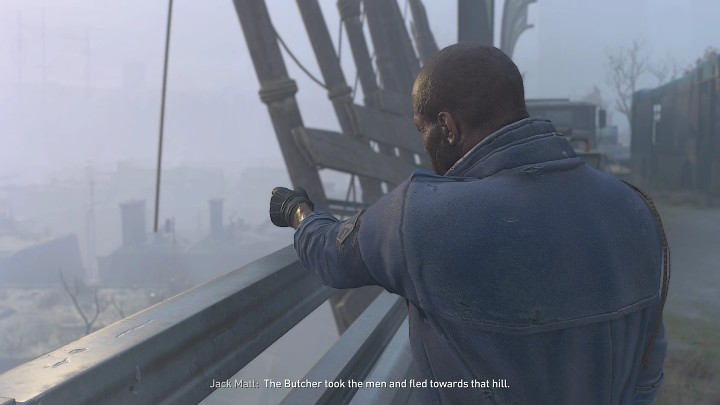 Go talk to Jack. You will learn that the Colonel has locked himself in a bunker located in a drained area of the city. 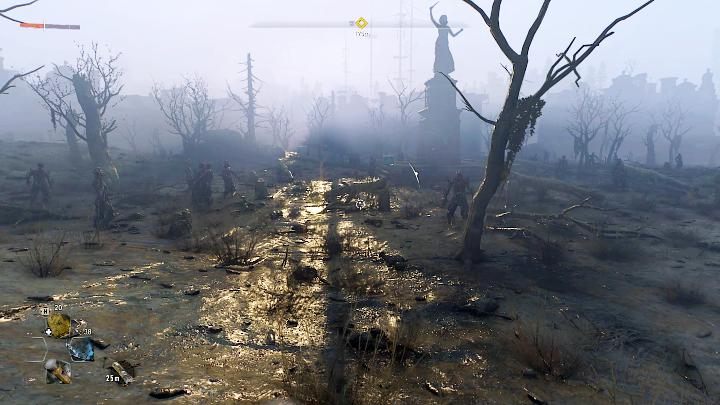 On your way to the Colonel's hideout, you have to watch out for a new type of enemy - kamikaze zombies, which explode when they are near you. Keep running and don't stop. 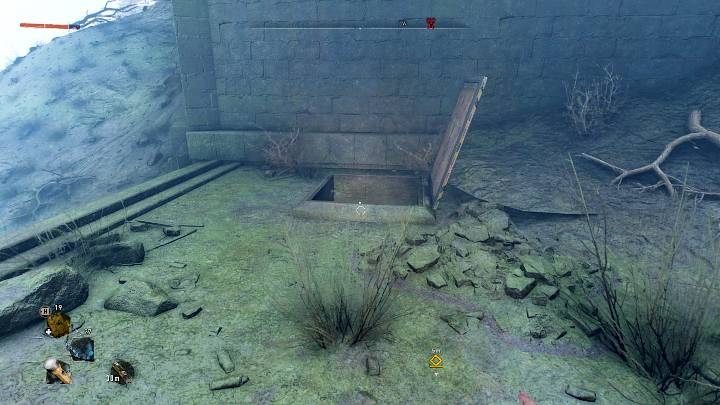 Check the main door to the bunker, then climb onto the roof and open the hatch to get inside. There is one enemy waiting for you inside. 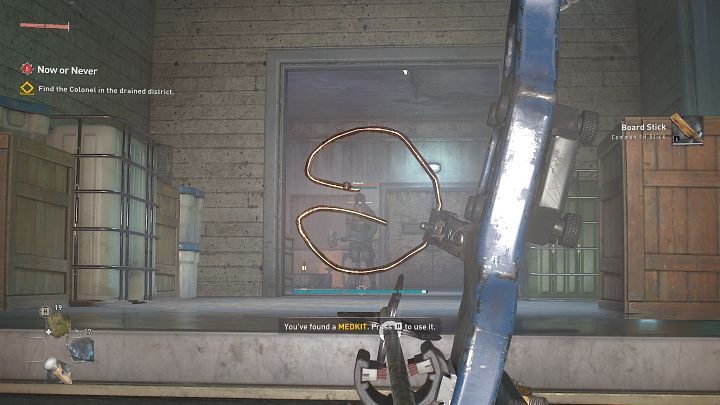 Keep going down the corridor. You will encounter a few enemies at the end, who shouldn't cause you much trouble. 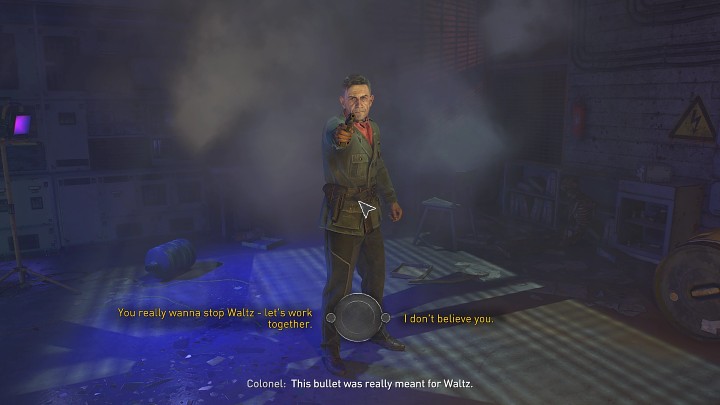 Enter the Colonel's office. During the conversation, you can choose any dialogue options, they will not have any influence on the further course of events. 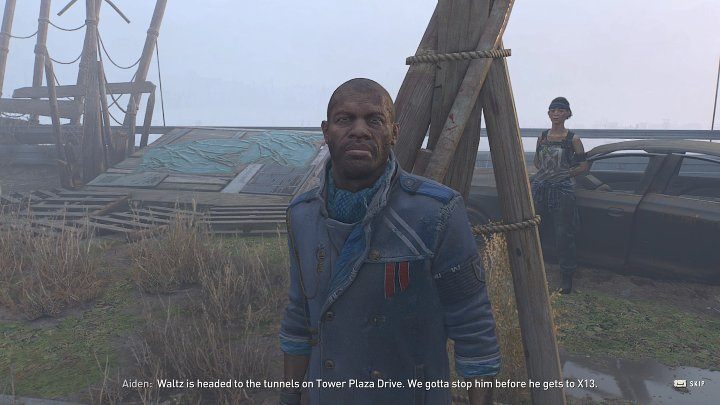 Go back to Jack and talk to him. The mission will end and you will automatically move to the last story mission in Dying Light 2, X-13.