This page of the guide to Dying Light 2 contains a walkthrough of the Renegades side quest. You will learn how to help the survivors and defeat Elijah and his gang to get firearms. 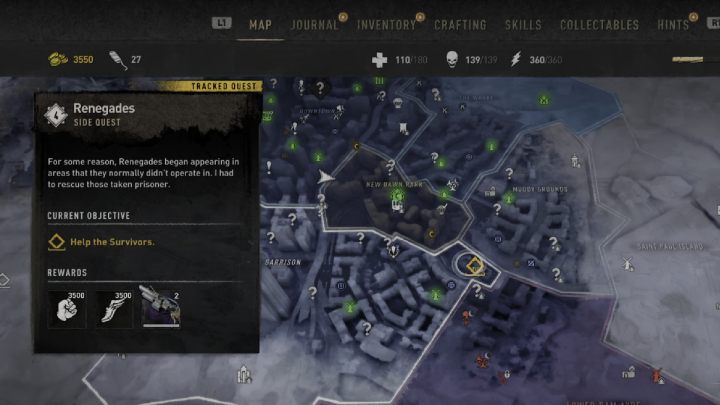 Kill the Renegades on the island 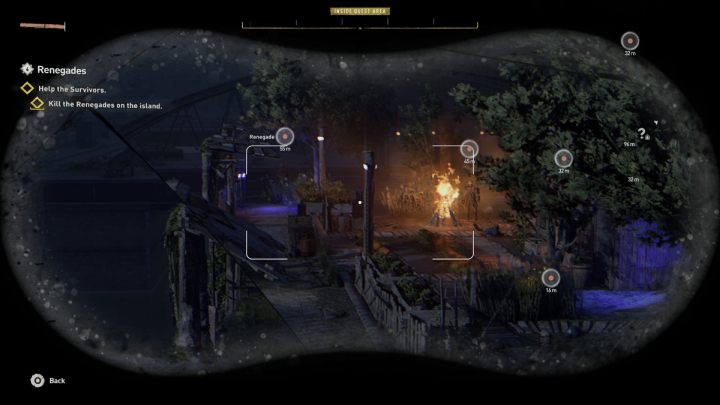 Use the paraglider to quietly get to the camp and land on the roof of a small building. Crouch down and use binoculars to check the enemy's position. Eliminate weaker opponents first with a silent takedown. 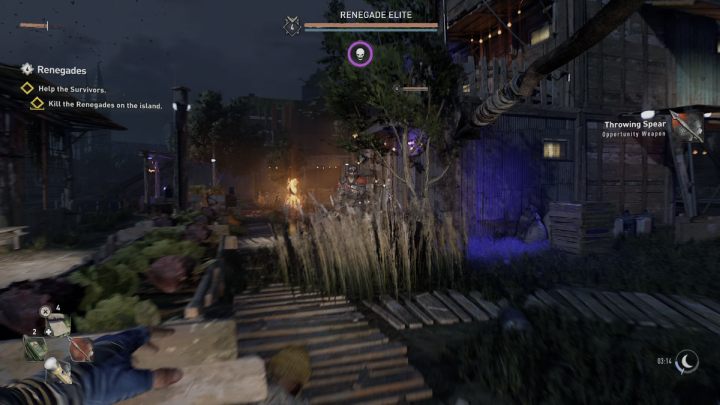 Finally, kill your main enemy. On the battlefield, you will find several spears and other temporary weapons that will allow you to win the fight quickly. 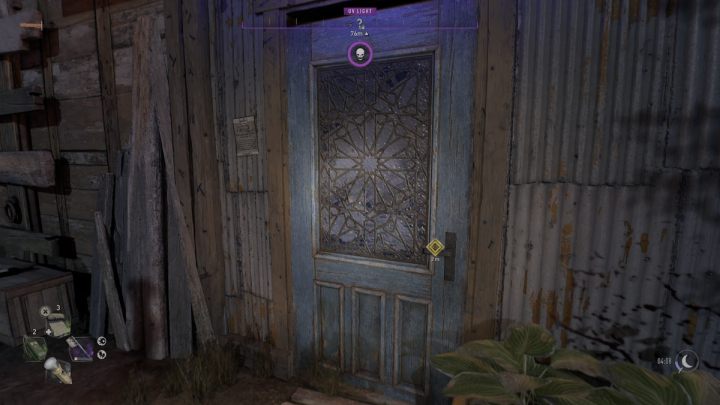 Once you've eliminated the threat, knock on the door and talk to the survivors. 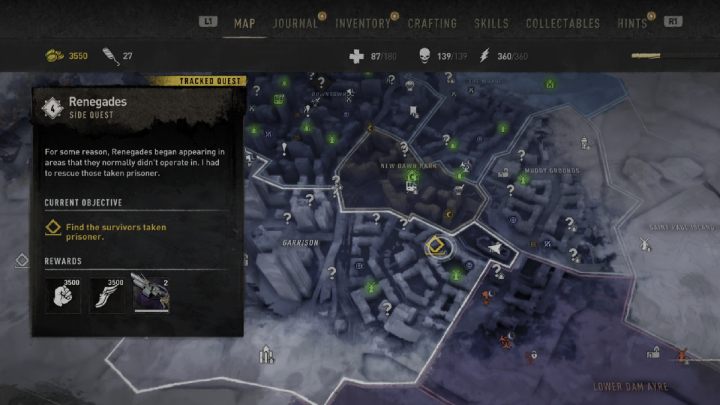 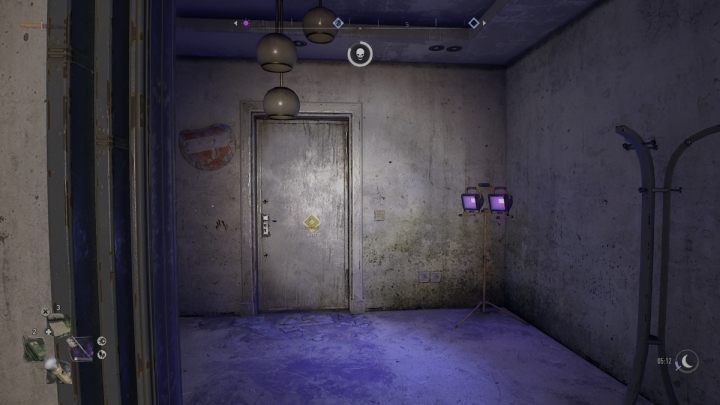 Go to the building near the island in the Garrison district and open the door with a lockpick. 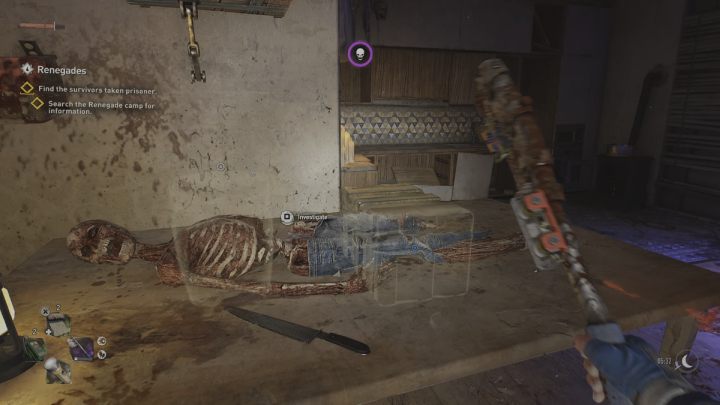 Examine the corpse on the table by the door. After one of the survivors talks to you, go to the next location. 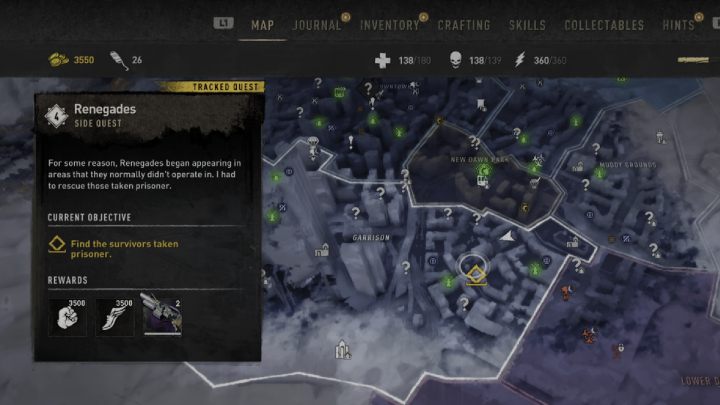 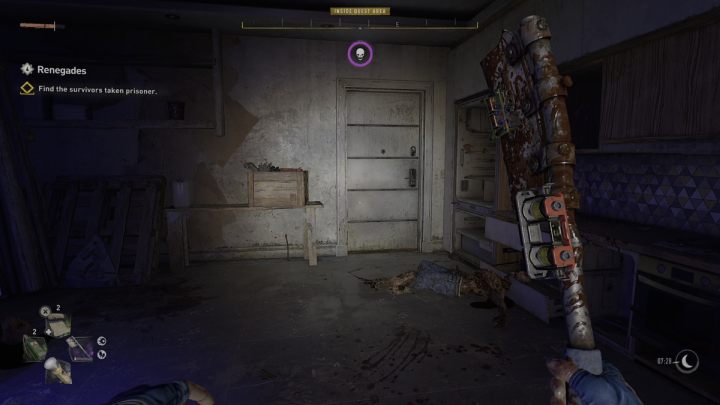 A renegade will be waiting for you in the next hideout - defeat him and the monsters that might sow up in the room. When you're done, use a lockpick to open the door to the next room. After searching the last room, go to the next survivor hideout. 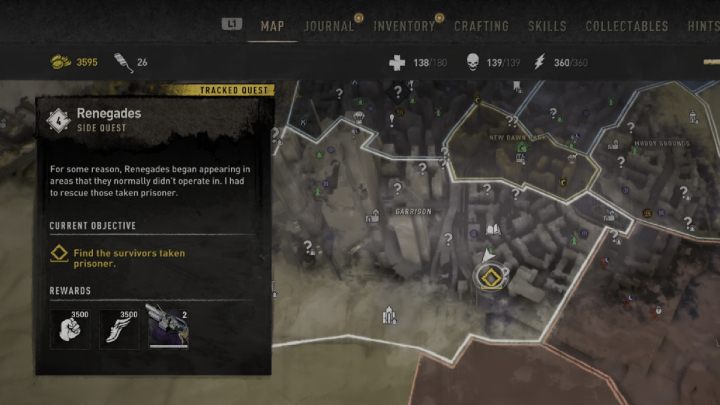 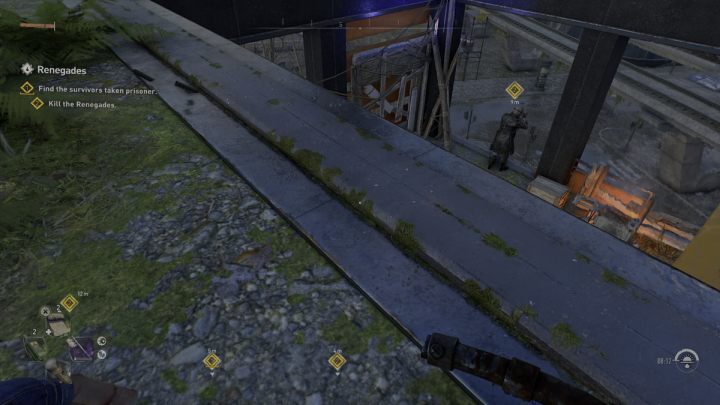 Use your paraglider to reach the building and land on the roof. A few renegades will be waiting in the hideout - you can quickly eliminate all of them with a silent kill. 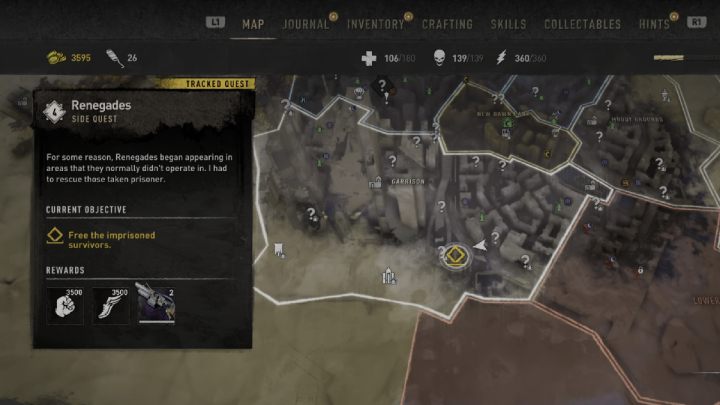 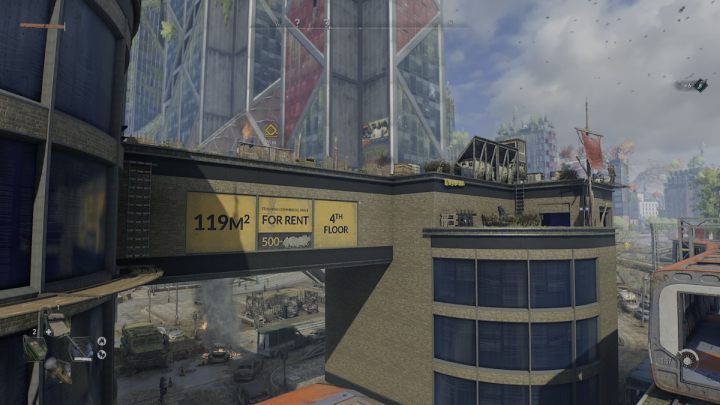 The last place you will have to go is the bandit camp. Use your binoculars first to see where all the enemies are and plan the best way to clear the camp quickly. 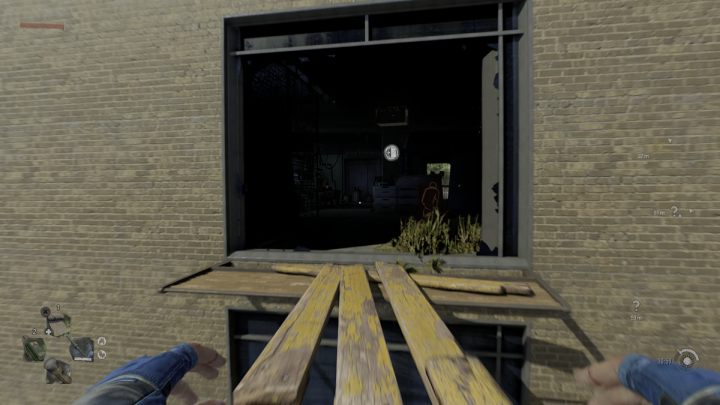 Jump onto the train and go through the boards to enter the room with 3 renegades. Crouch down and silently eliminate them all. One of them will crouch in the middle of the room, the other 2 will be by the window. Then go upstairs. 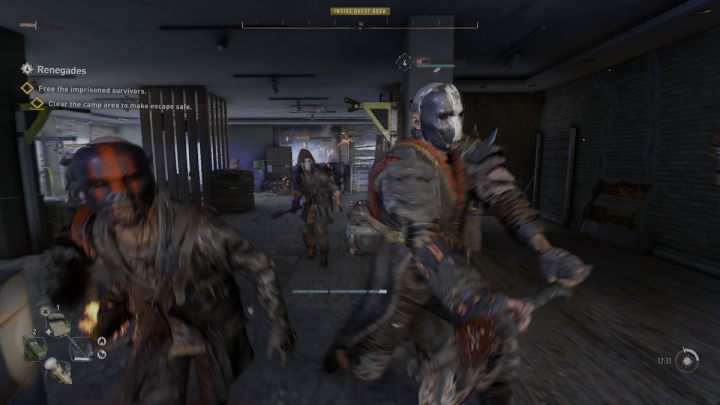 There will be 4 renegades in this room, including the main enemy. You can hide behind the blue shelves in the middle of the room and perform a silent takedown on the enemy that will pass by. 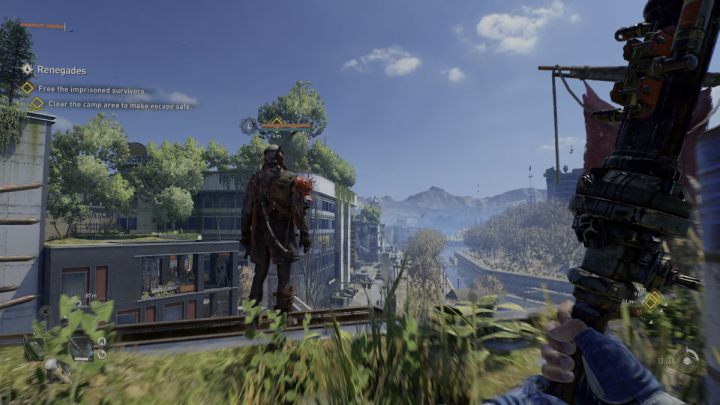 Finally, go to the roof and defeat the 3 remaining renegades. You can take them all down silently by hiding in the tall grass. 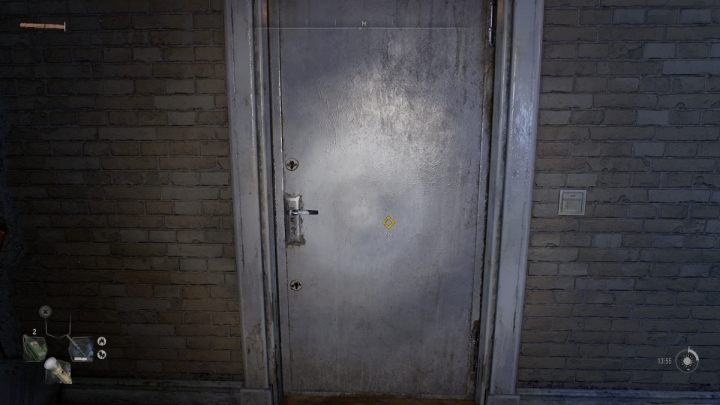 After clearing the camp of all enemies, go back to the room where the renegade commander was and release the survivors.

Kill Elias and his goons 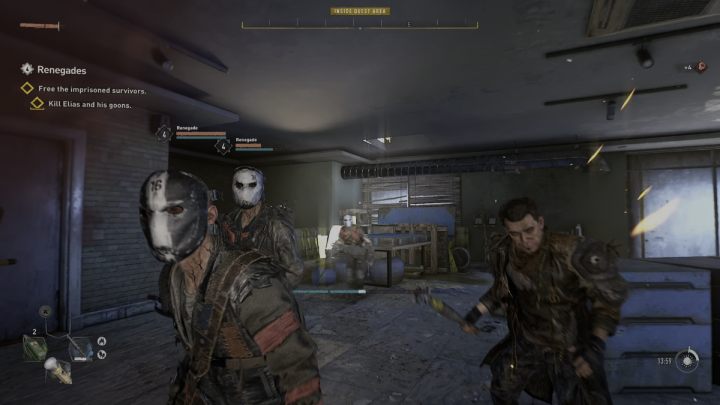 When Elijah and his gang appear, defeat all 5 enemies. One of them will have a two-handed weapon that you can't block.

Avoid the fire blasts of one of the enemies and try to get onto the roof. In this way, you will be able to get rid of the enemies one by one, because not all of them will follow you. You will also find some temporary weapons such as bricks and spears in the battle zone. 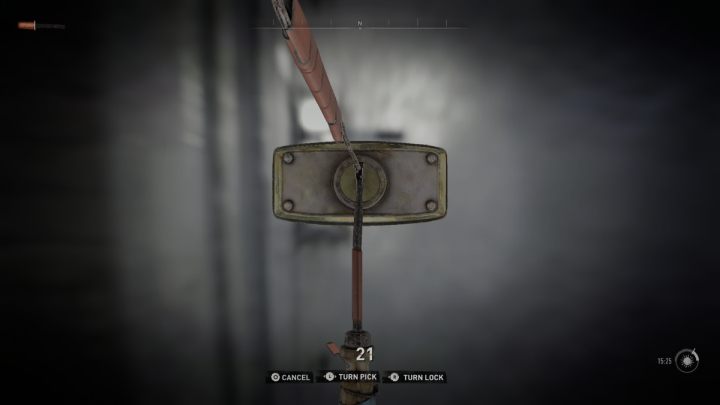 After defeating Elijah and his gang, go back to the door and pick open it to release the survivors.