This page of the guide to Dying Light 2 contains a walkthrough of The Lost Light main quest. In the following walkthrough you will find out e.g. how to defeat the Demolishers and how to recover the UV lamps.

If you sided with Juan in the Welcome on Board quest, you will receive the Cathedral quest instead. 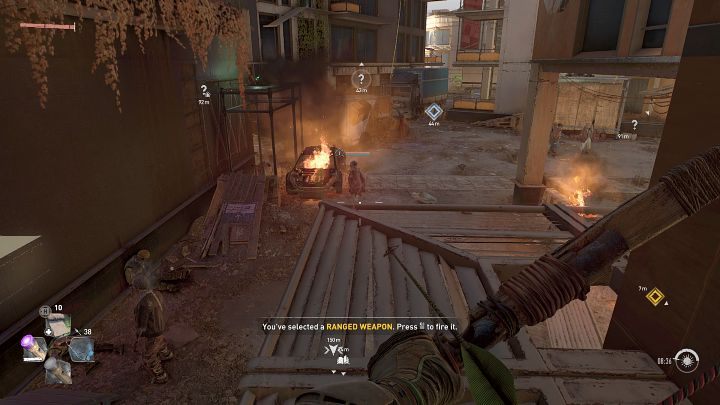 Go to the place marked on the map. A few ordinary zombies will be lurking in the square, as well as acid-spitting enemies in the buildings, which you should eliminate before they notice you. 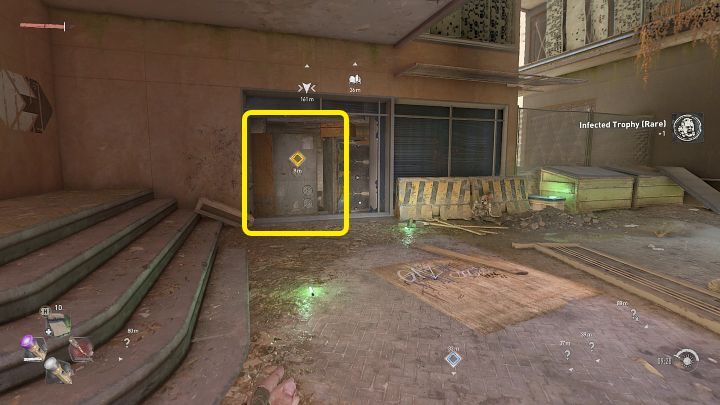 After clearing the square, approach the place shown in the picture above and knock on the metal obstacle to communicate with the people inside the building. 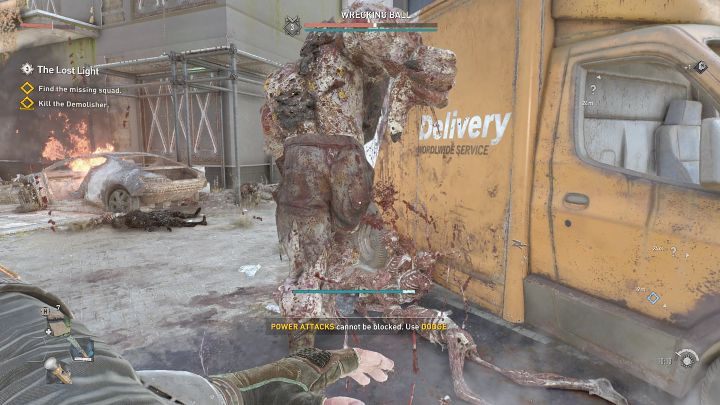 After a while, a stronger opponent, Wrecking Ball, will appear. This enemy is slow, but he has long-range attacks that you should avoid; he can also charge. Try to keep your distance from the enemy and hide behind some obstacle - as soon as the giant charges, it will stun itself, and you will gain precious time to attack. 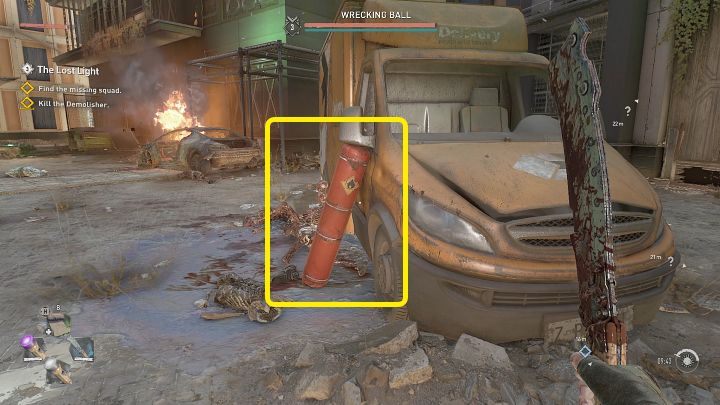 You should also remember that there is a red gas cylinder next to the car, which you can set on fire and cause an explosion that will deal a lot of damage to your opponent. You will find more cylinders in the nearby buildings.

Get to the missing squad 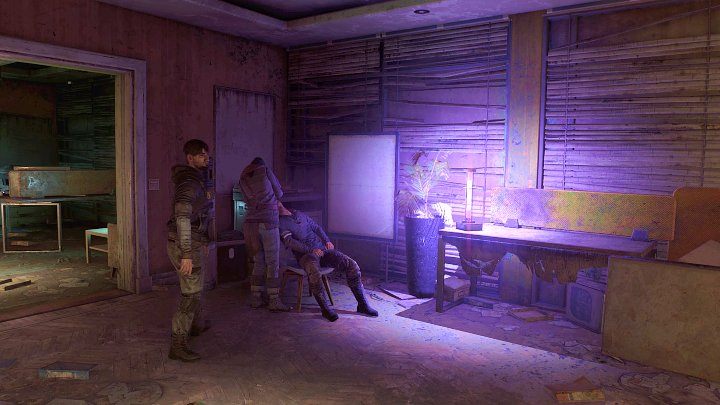 After dealing with your opponents, enter the room where the missing squad survivors are and talk to Harry. 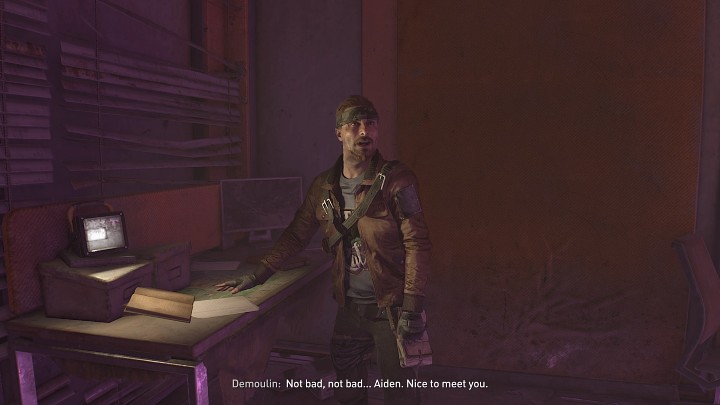 Take the stairs to the upper floor and talk to Demoulin. He will ask you to find Sebastian and his Supplier unit that have gone missing somewhere in Renegade territory. 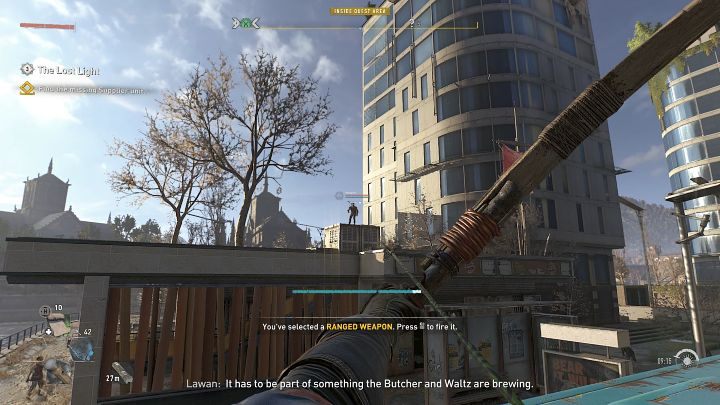 Go to the place marked on the map. A team of several Renegades will be there. It's easiest to shoot them with a bow, but you can also choose to confront them directly. 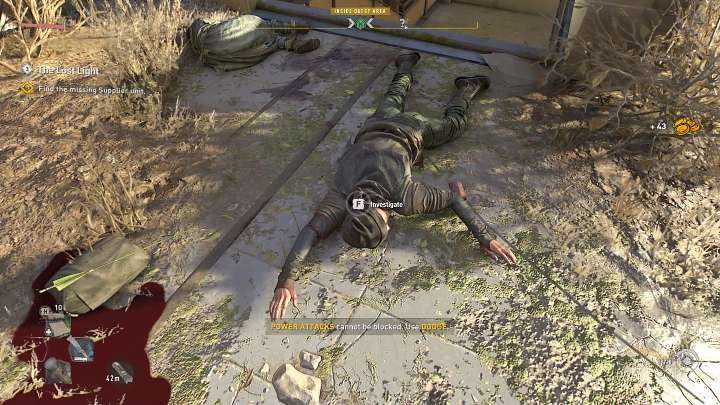 Once the situation is under control, approach the body of the man shown in the picture above and examine it. From the conversation with Demoulin you will learn that the team consisted of 5 people, so three of them must've escaped. 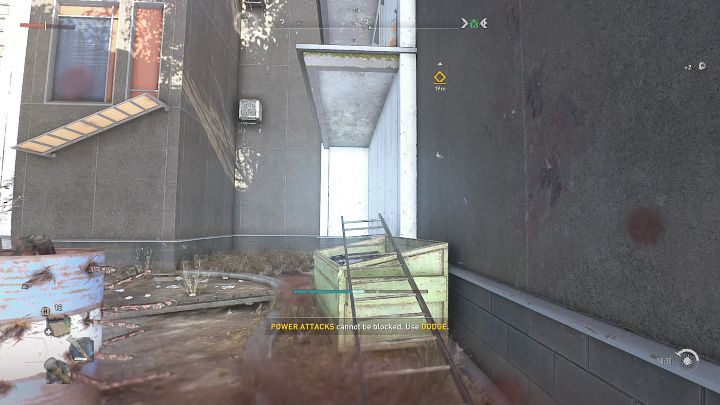 Use your survivor sense to highlight the bloody tracks and follow their trail until you reach the makeshift ramp shown in the picture above. Take a run-up and jump onto the balcony. 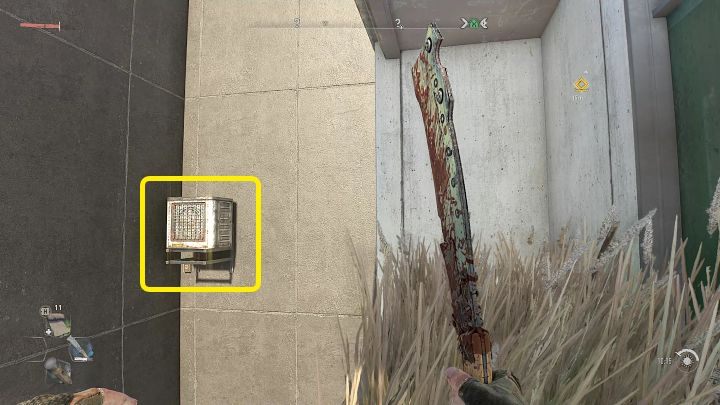 Then, jump on the ventilation shaft and then to the balcony on the upper floor. 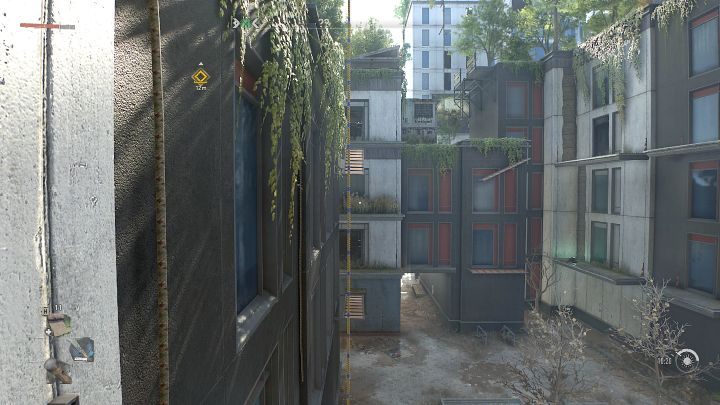 Now take a run-up again, grab the rope, jump over to the narrow platform and climb onto the roof. 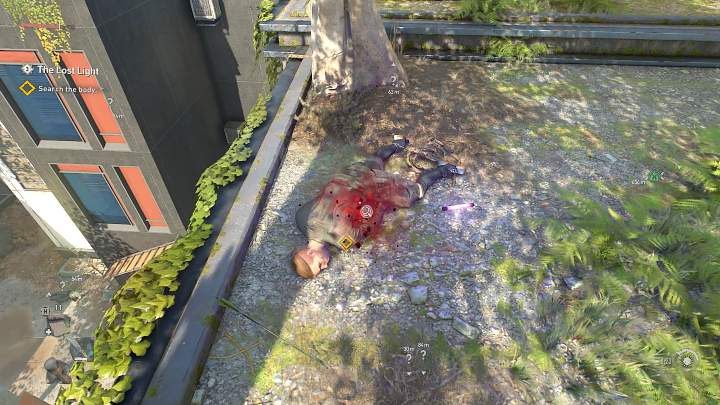 Approach the body of the man shown in the picture above and examine it. As soon as you turn the body over, you will notice a member of the Supplier unit in the distance. 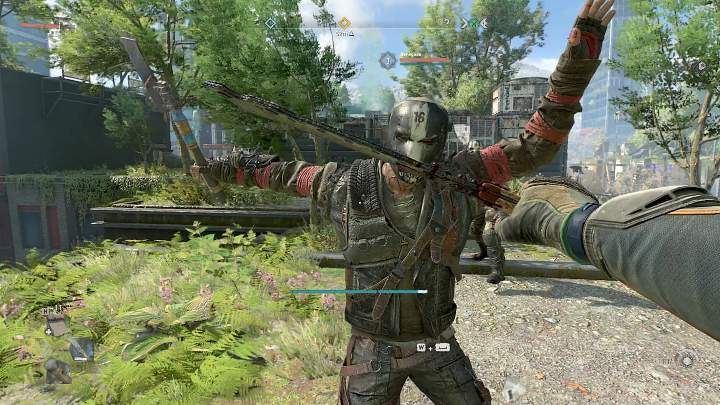 As soon as you start going to where Demoulin's men are, a few Renegades will come out to face you. These opponents are not demanding, so you will surely deal with them quickly. 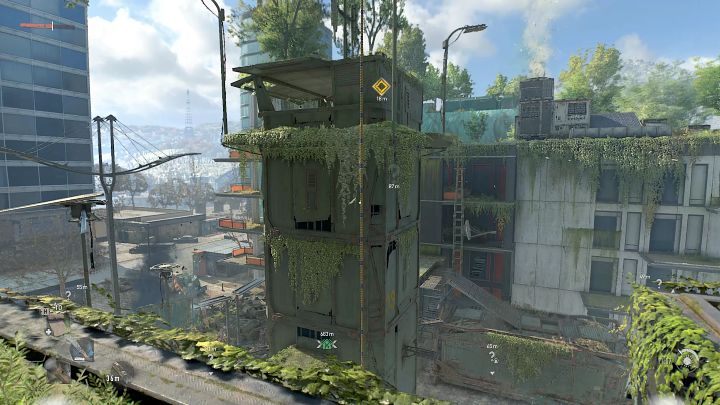 Take a run-up and use the rope to jump onto the watchtower; then talk to Tobias. 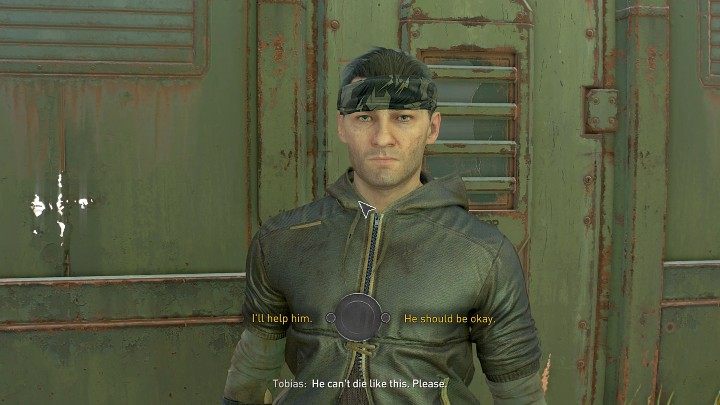 During the conversation with Tobias, you will learn that Sebastian has been injured. You can help him and give him one of your bandages or ask for the UV lamps right away.

Search the containers for UV lamps 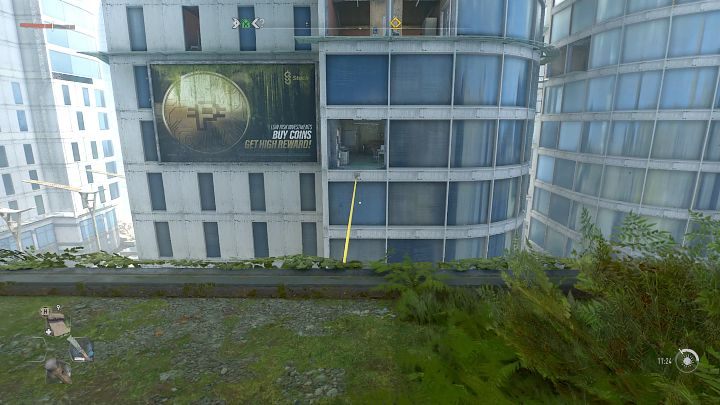 The containers with UV lamps are located at the top of the skyscraper. You will get to the correct building by using the rope shown in the picture above. 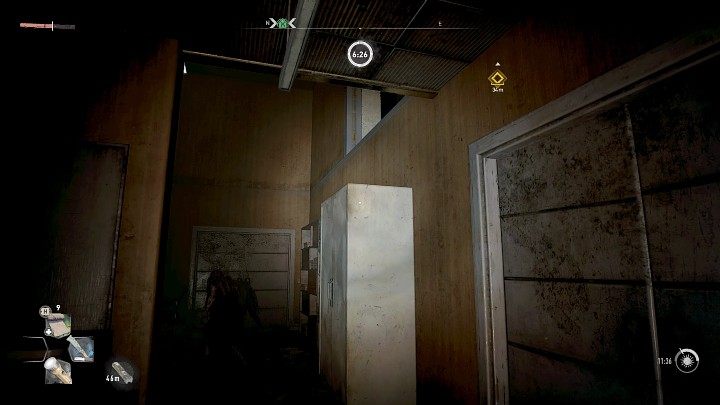 Enter the room on the left and use the cabinet shown in the picture above to jump to the upper floor of the building. 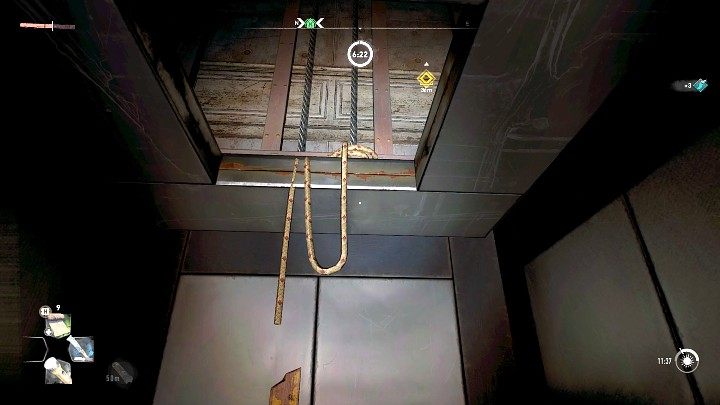 Enter the elevator and then, through the opening shown in the above screenshot, go to the shaft. 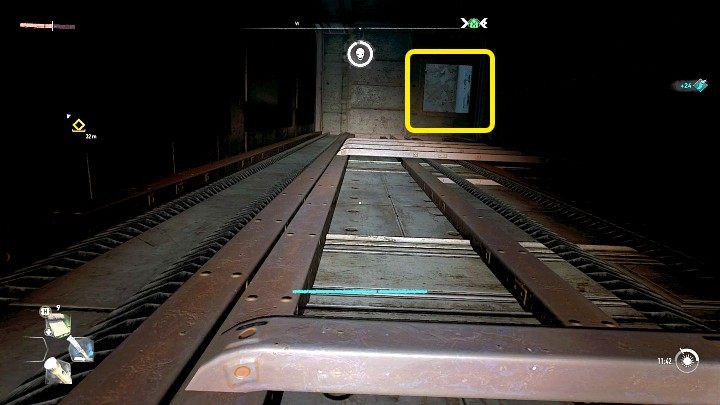 If your character has a well-developed stamina, you can take the shorter path and climb to the very top through the hole marked in the picture. 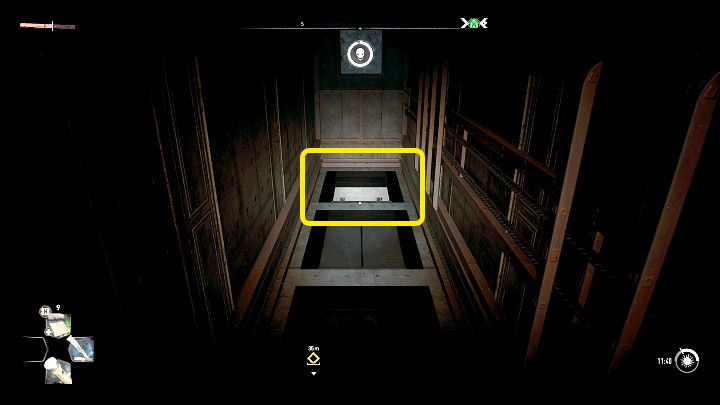 Another shorter solution is to reach the open door two floors higher - climb the wall and then jump to the place marked in the above screenshot. 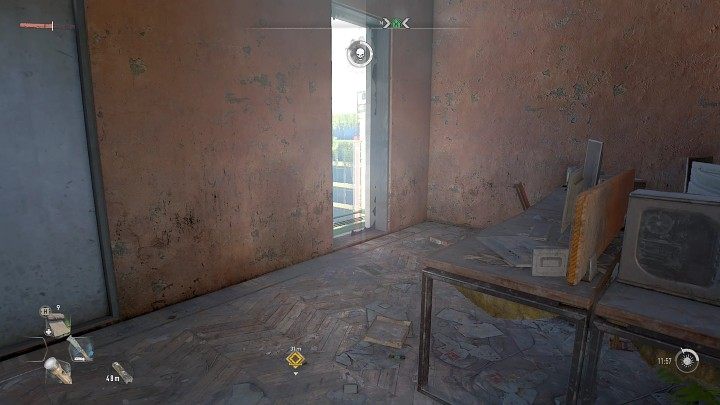 However, if you haven't developed your stamina enough, you have to go around. Go outside through the window in the room next to the elevator. 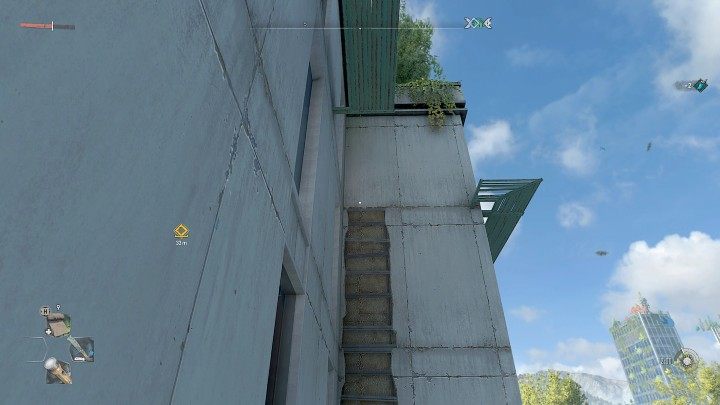 Jump on the metal structure one floor above, and then use the makeshift ladder to climb as high as possible and jump onto the nearby metal structure. From there you will climb straight to the roof. 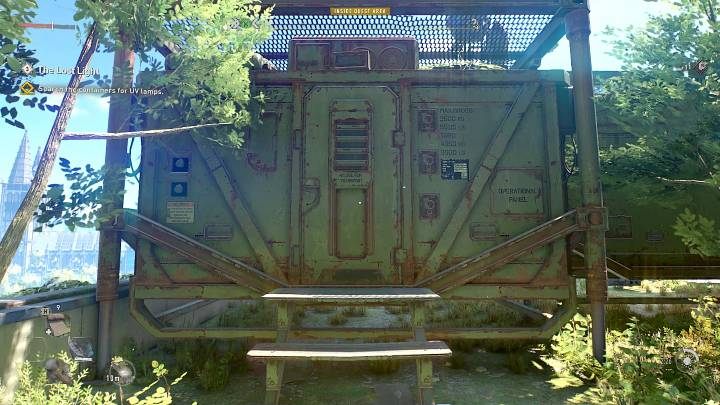 Get rid of a few zombies and enter the green container. After opening the chest with UV lamps, you will see a short cutscene.

Kill the Demolisher on the roof 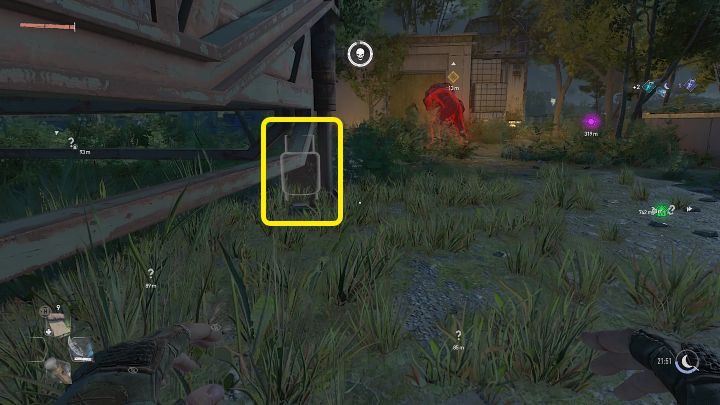 As soon as Aiden regains consciousness, get out of the container and climb to the roof. Note that there is a gas cylinder on the left - take it, set it on fire and throw it at your opponent - the explosion will take about half of his health bar. Stay out of the enemy's reach during the fight and look for a chance to attack when the enemy charges and stuns himself. 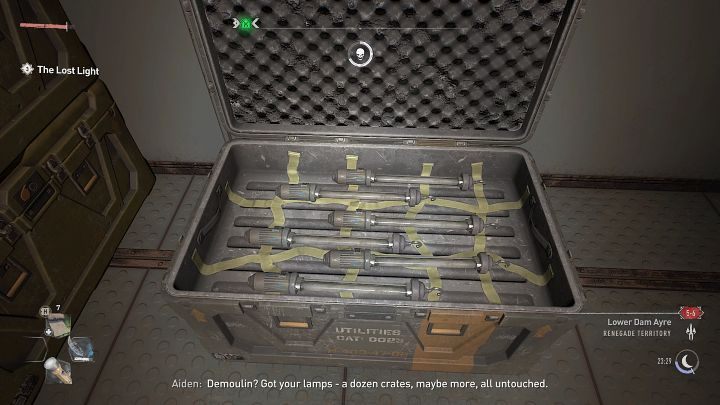 Enter the second container and open the marked chest. Aiden will inform Demoulin that the mission has been successful, and you will immediately move on to the next part of this task. 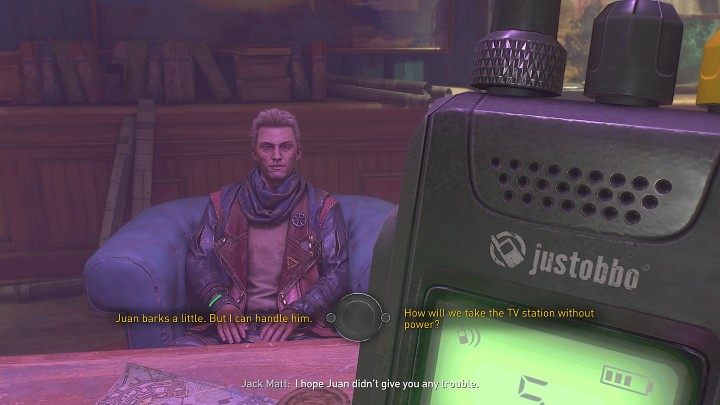 Go back to Juan. During the conversation, Aiden will contact Matt - it doesn't matter what dialogue options you choose. After the conversation, The Lost Light quest will end and you will automatically move on to the next story mission in Dying Light 2 - Broadcast.