On this page of the Dying Light 2 guide, you will learn whether it is possible to cancel or temporarily stop a started quest. This may interest you when a bug preventing you from completing the task occurs or simply if you want to leave a given mission for later. 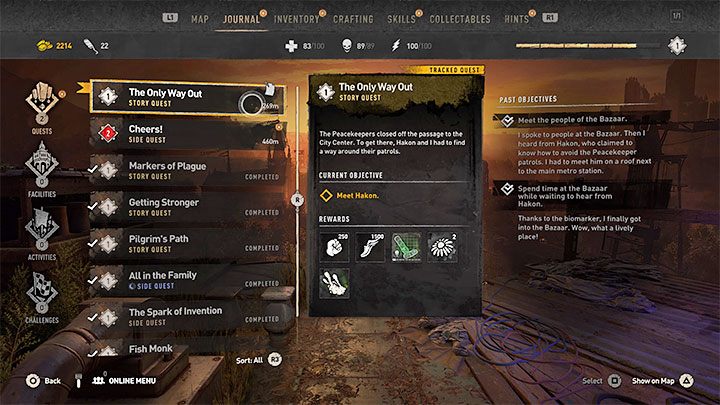 In Dying Light 2, the received quests and their mission objectives can be divided into two main groups.

The first group consists of quests and mission objectives, which you can easily postpone, that is, hold up the task that appeared in your journal for a while. A good example of such a mission is The Only Way Out . After visiting Bazaar and receiving a message from Hakon about the planned meeting, you don't need to go there right away. You can first take care of other things, for example, exploring the city, doing side quests, or completing additional activities. The started mission will be "waiting" in the journal for you to continue it. 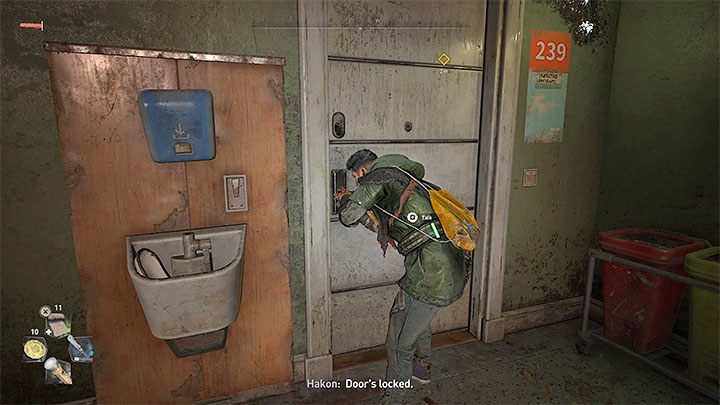 The second group consists of quests and mission objectives that you need to focus on right away. This mainly applies to missions taking place in unique locations (e.g. hospital from the Markers of Plague main quest) and those in which you are accompanied by other characters. In such situations, the game may not allow you to abort the mission until it is completed or at least until you exit a unique location. Fast travel will also be unavailable.

It is worth noting that both of these groups can "mix" within the same tasks. For example, at first, you will be able to choose whether or not to take care of the quest, but after starting the appropriate part of the quest, you may have to complete it. 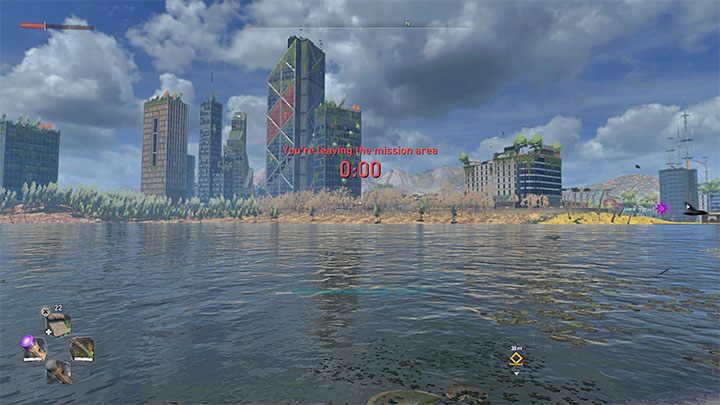 In Dying Light 2, there is no option to cancel a started task, that is, remove it from the journal and start all over again. If you have trouble with a bug in a quest or mission objective, you have to try to solve it in some alternative way or wait for it to be fixed in one of the next patches released. It is mainly about bugs that cause Aiden to respawn outside the mission area after death, and it isn't possible to continue the game. You have to wait for the patch to solve these problems.

Additional information: During the game, there should be no situation in which the current quest is interrupted and fails. However, based on your earlier choices or progress in the game, you may miss the opportunity to start a mission. Specific advice on this subject can be found in the walkthrough.