On this page of the Dying Light 2 guide, you can find a walkthrough for Into The Darkness story quest. Thanks to our walkthrough, you'll see what important decisions appear during the mission. 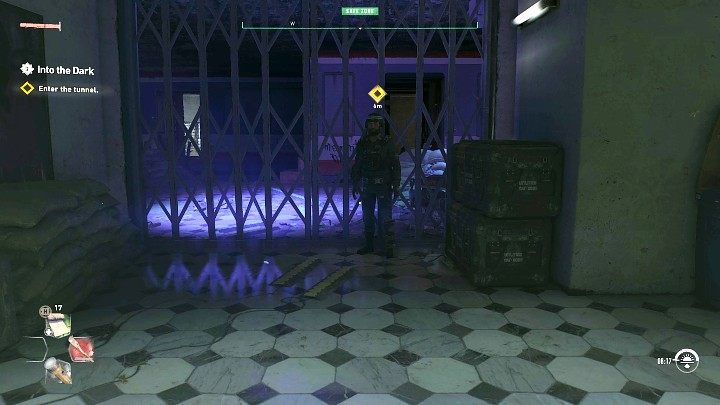 The entrance to the tunnel is on the lowest floor of the subway . Go to the gate and talk to the guard who will let you inside. 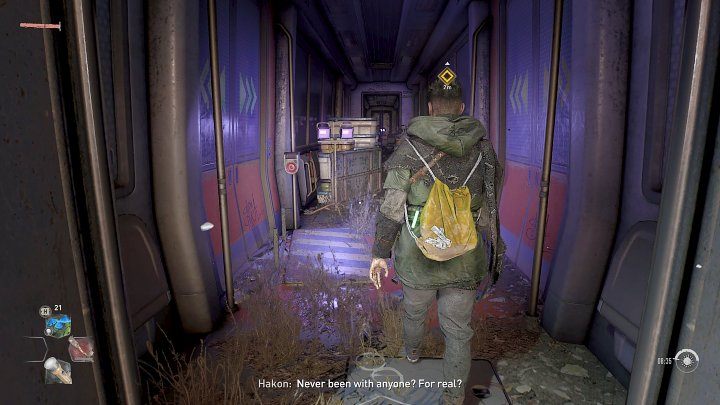 During a short walk through the subway tunnel, you will have the opportunity to listen to the conversation between Aiden and Hakon. 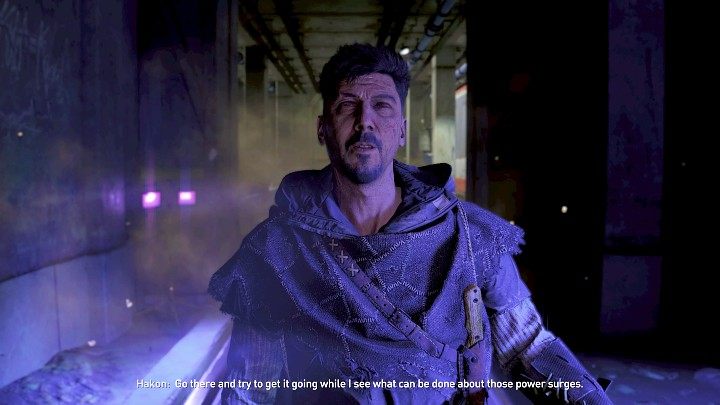 At some point, the power will run out, making chemicals spill in the tunnel. Talk to Hakon to proceed to the next stage of this quest .

Turn on the ventilation system

Go through the marked door to the next part of this location. This area is hazardous, as there are poisonous fumes that will severely limit Aiden's immunity.

Make sure to have a supply of blue mushrooms or inhalers before embarking further. 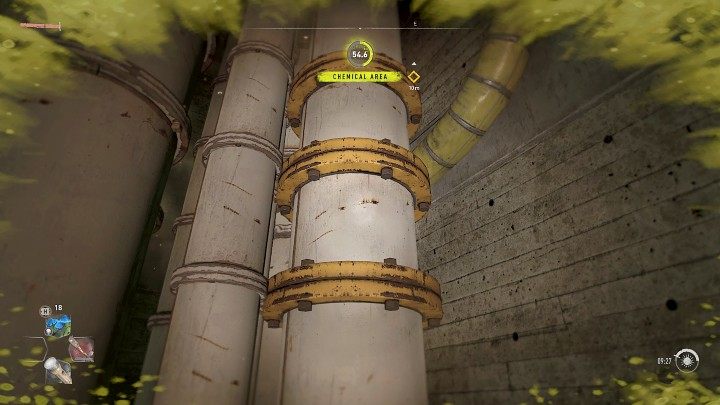 Follow the road all the time until you reach a room with vertical pipes. Grab the yellow edge and climb to reach the upper level of the tunnel . 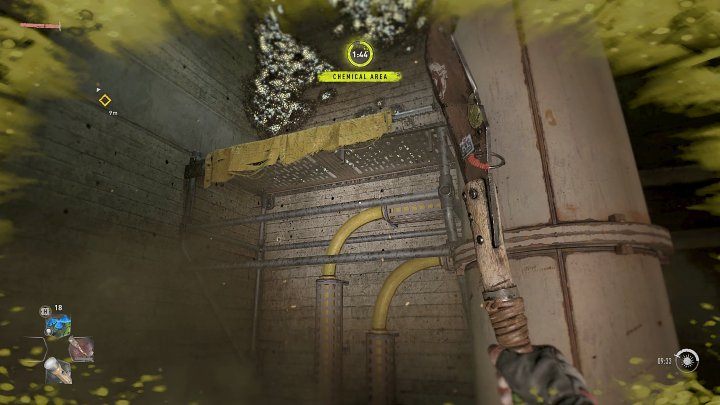 Now jump onto the metal structure on the right and from there jump to the room with the switchboard. 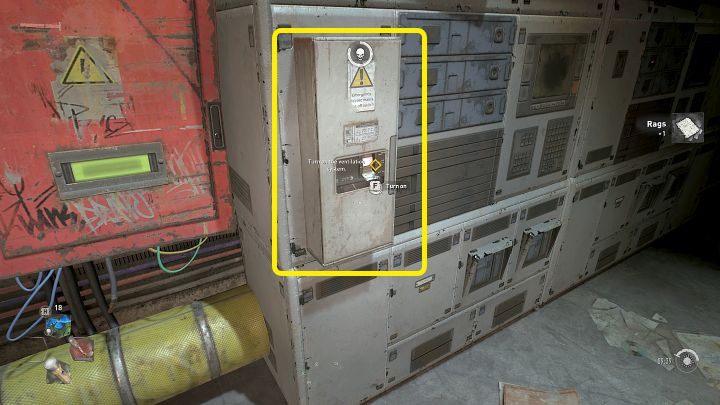 Interact with the control panel . Unfortunately, you will not be able to restore the main power, leaving you with with the goal of turning on the backup power. 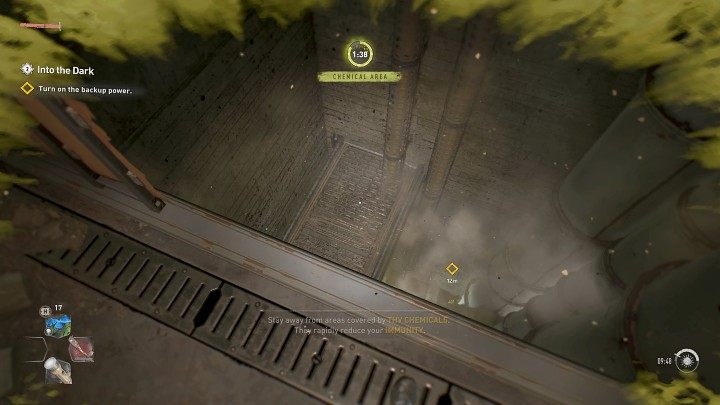 Get to the very bottom of the tunnel and then go straight ahead towards the yellow mission marker . 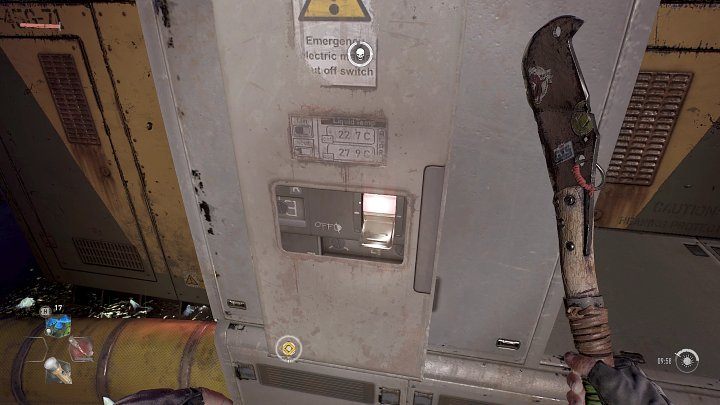 Open the locked door with the GRE key and interact with the control panel . 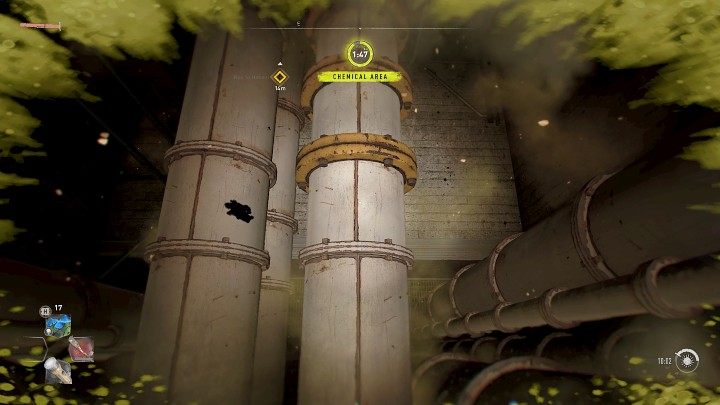 Keep running forward and head towards the objective marker. Once you reach the vertical pipes, look up, jump up and grab the yellow ledges to reach the upper floor of the tunnel . 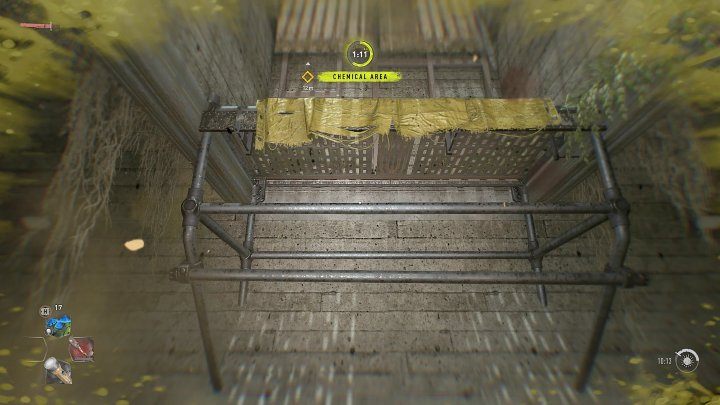 When you get to the rapidly rotating fan, look up and jump onto the metal structure , then grab one of the bars and jump to the upper floor of the tunnel. 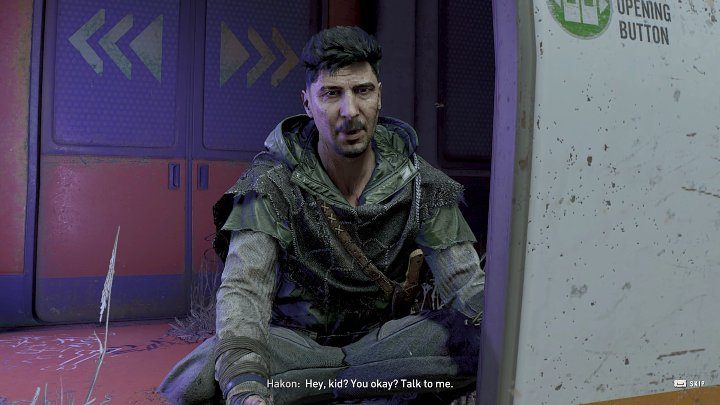 Keep running forward (you can ignore the zombies), until you finally reach the place where Hakon is waiting for you. Talk to the man to proceed to the next stage of this mission .

Continue through the subway tunnels until the Hakon finally stops in a large open area of the subway station . 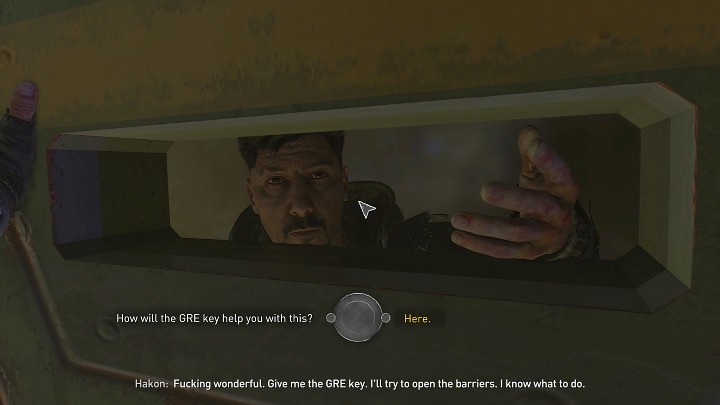 Talk to Hakon and he'll tell you a bit about the graffiti he's currently looking at. Suddenly, the iron door at the station will start to close - Hakon will manage to get through it but Aiden will stay on the other side. Hakon will ask you for the GRE key - no matter which dialogue option you choose, the result will be the same - the man receives the key. 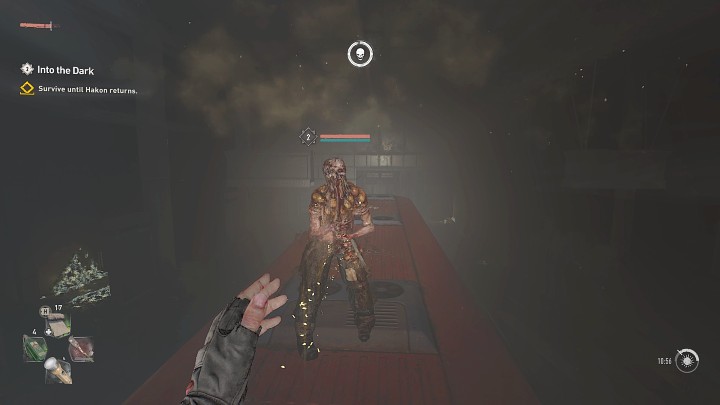 Watch out, are there are zombies incoming. Focus on acid-spitting enemies first so that they don't interfere later on. 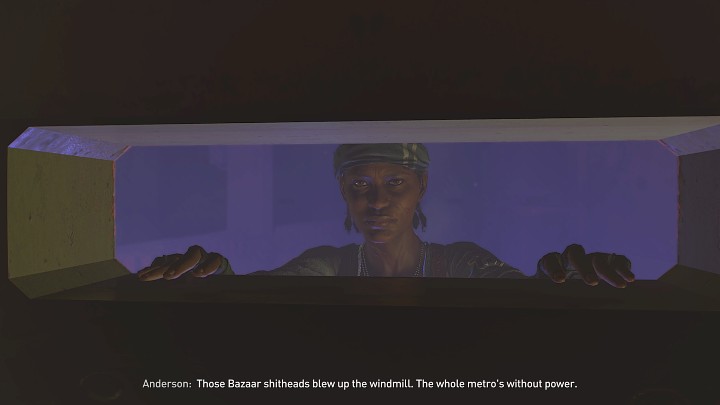 After a few minutes, Anderson will summon you on the walkie-talkie. Go to the barrier which is marked with a yellow mission marker . Anderson will say that he is currently working to get you out of this trap, but you have to wait a bit. 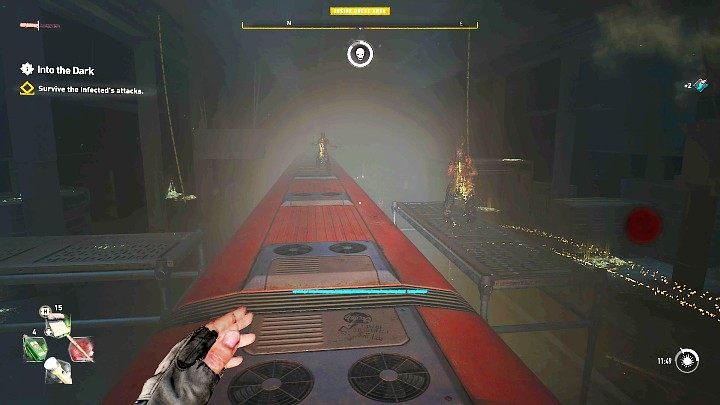 Once again, start the fight with eliminating acid-spitting enemies first so that they don't interfere later on. There is also a stronger opponent (Goliath) at the station, but you can avoid him by keeping to the roof of the train.

Get back to Anderson 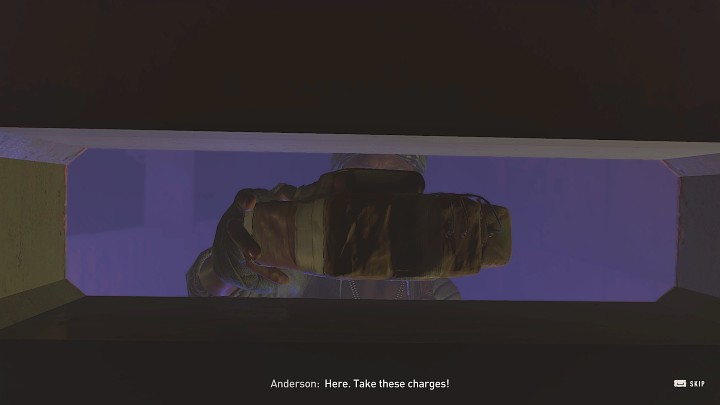 As soon as Anderson summons you on the walkie-talkie again, immediately go to the barrier. You'll receive an explosive .

Set off the explosives 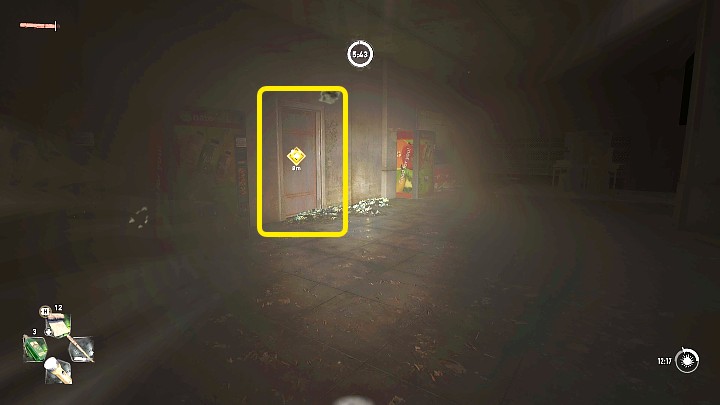 Approach the door and set up the explosives that Anderson gave you. Remember to step back to a safe distance .

Zombie attacks interfere with the action, so make sure there are no enemies in the vicinity. 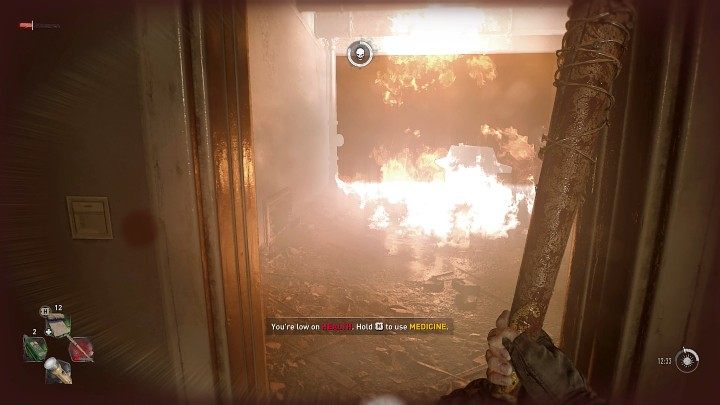 After blowing up the door, run straight ahead. While escaping, try to avoid fire in order not to receive additional damage. 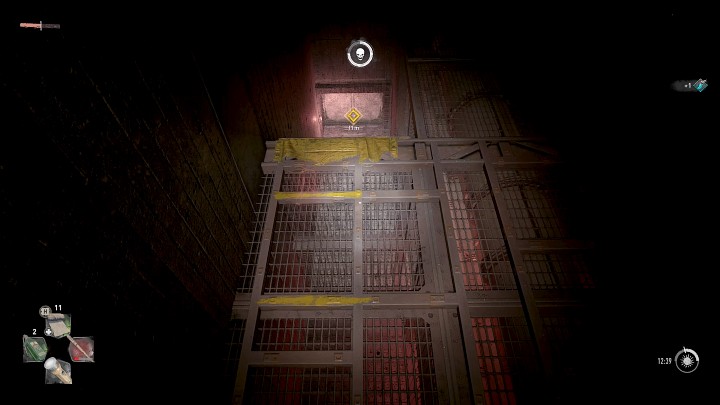 You will finally reach the ladder. Before you go outside, heal yourself, because you are about to fight a boss . 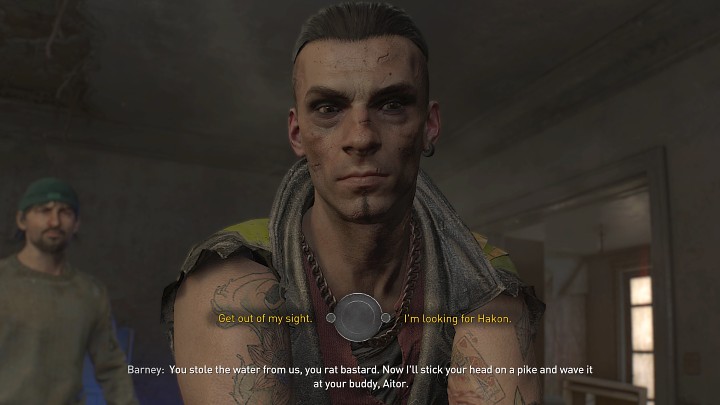 During the conversation with Barney, it doesn't matter which dialogue option you choose, because the man and his friends will attack Aiden anyway. This fight cannot be avoided . 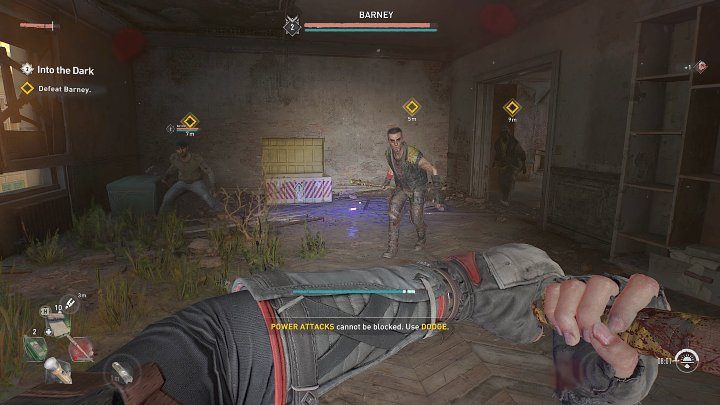 First of all, it is a good idea to start with getting rid of two regular enemies. Barney fights exactly the same as in the Water Tower mission, so you should know the drill After parrying a regular attack, return with 2-3 quick blows and back away again. 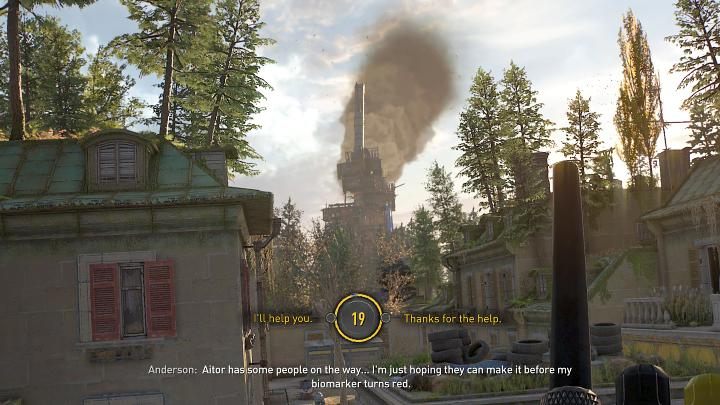 Once you go outside, Aiden will contact Anderson via the walkie-talkie. The woman is stuck in the elevator in the tunnel and it is impossible to get out of there alone. At this point, you will have to make a decision that will affect the rest of this quest.

Go to the area marked on the world map. Your first task will be to contain the situation on the square - you have to get rid of all the enemies, otherwise you won't be able to interact with the generators . Among a large group of regular zombies, there will be two Goliaths. 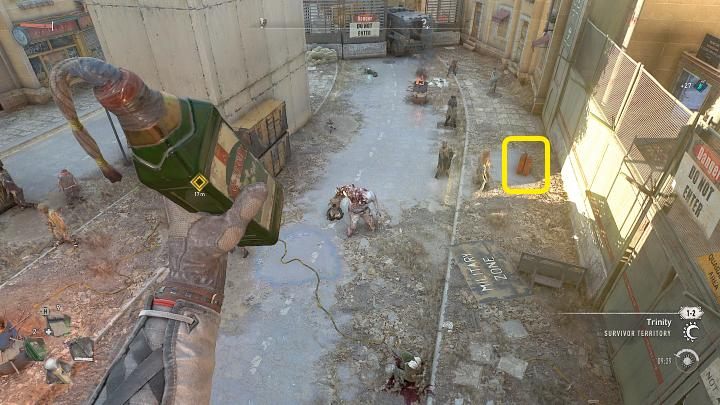 While fighting, you can make use of gas barrels placed in two areas around the square - on the right (screenshot above) and one on the other side of the elevator. Lure the opponents to their vicinity and use a Molotov to set fire to the barrels to cause a large explosion.

Watch out! Turning on the generators will make more opponents appear on the square. 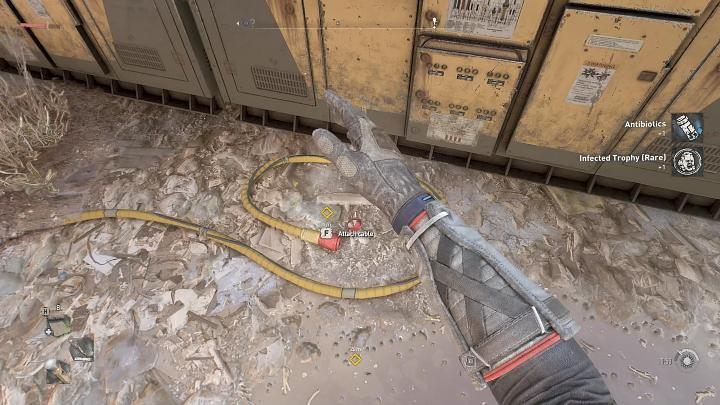 The first generator is on the square, right next to the elevator - approach it and interact with the cable lying on the ground. 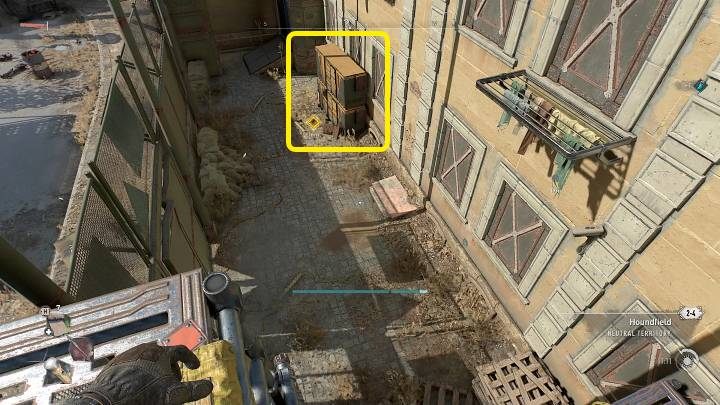 The second generator is behind a high fence . You can get there through the metal scaffolding. 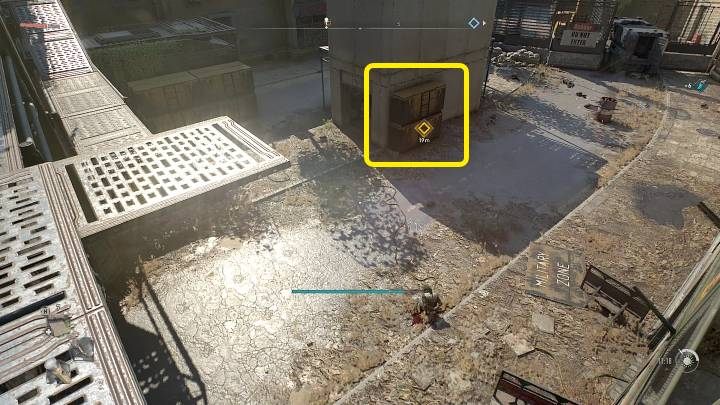 The third generator is also on the square, next to the elevator , in the place shown in the picture above. 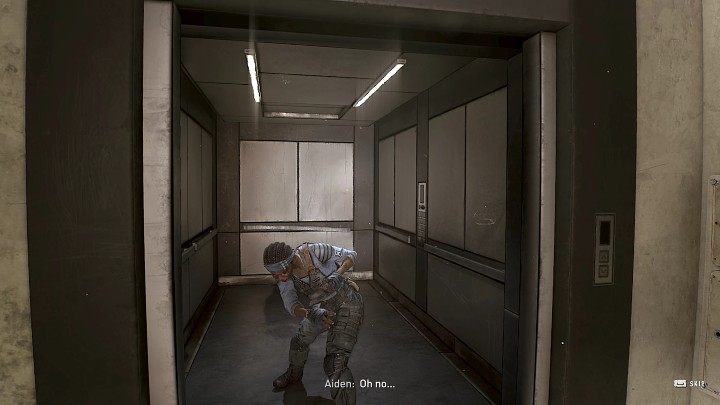 Once all the generators are up and running, start the elevator . Anderson will emerge from inside, but unfortunately she has already changed.

Option 2 - Get to Hakon's hideout 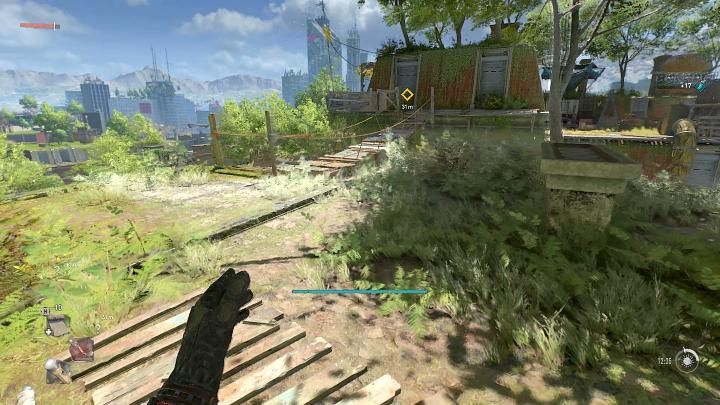 If you do not decide to help Anderson, you'll avoid a battle with zombies and won't have to be complete an optional mission objective.

Hakon's hideout is on the rooftop in Quarry End . 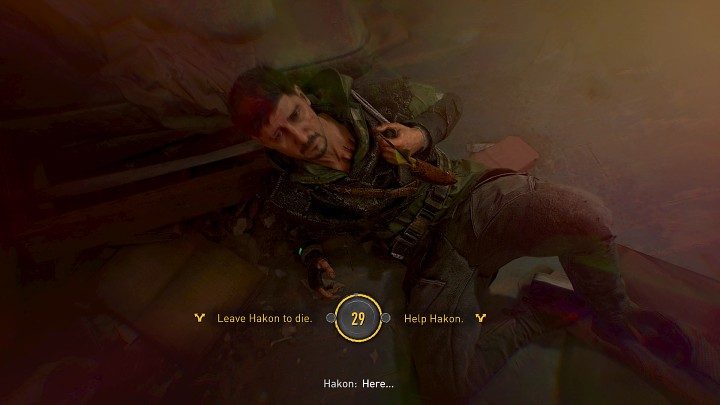 After reaching Hakon's hideout, you will witness a short cutscene in which Hakon will be hit by an arrow.At this point, you will have to make another important decision :