On this page of the Dying Light 2 guide, you can learn more about the Paraglider. Among others, we explain the paraglider basics, needed for gliding and reaching hard-to-reach locations. 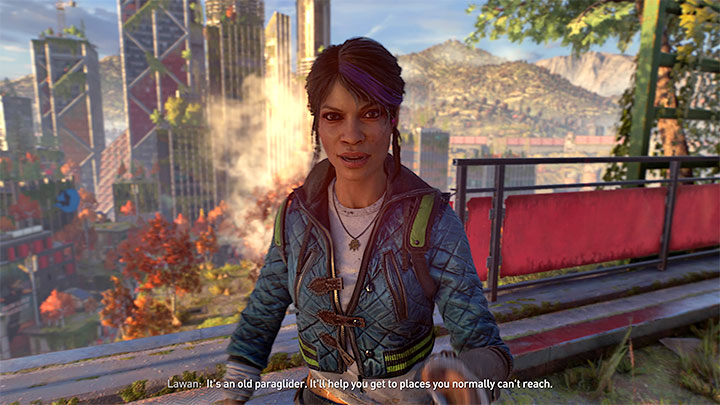 Paraglider isn't an item that you can find by exploring the game world. This gadget will be automatically unlocked as you progress through the main storyline .

The item is obtained during the course of A Place to Call Home story quest i.e. the first one which you complete after arriving in the city center. The paraglider will be given to the main character by Lawan. 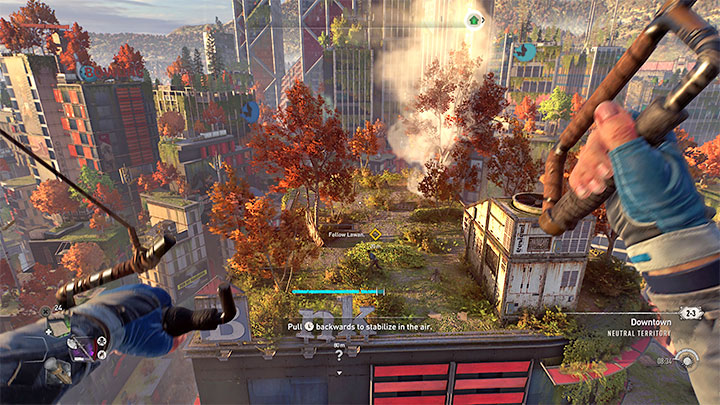 You will be able to test the new item right away by flying behind Lawan to the next roofs and passing the working fans to see how they affect the flight.

Using and upgrading the paraglider 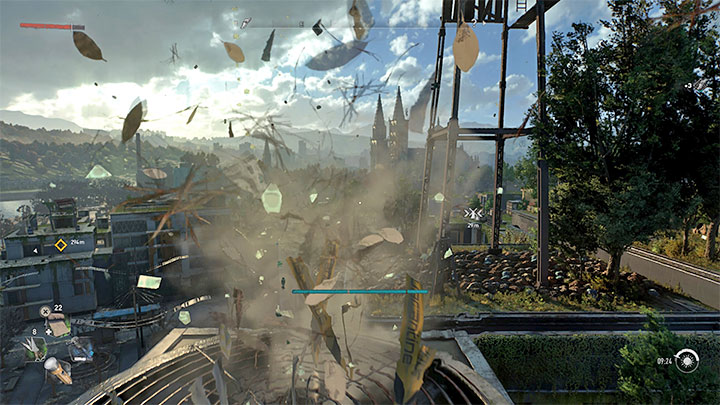 To activate the paraglider jump (eg. from the roof or the edge of a cliff) and hold the interaction button while in air. Watch out from where you want to glide, as at lower heights there is a possiblity of hitting the ground before the paraglider is fully deployed.

Alternatively, you can activate the paraglider by standing on the working large fans (example in the picture) - you can find them both on the ground and on roofs of buildings. 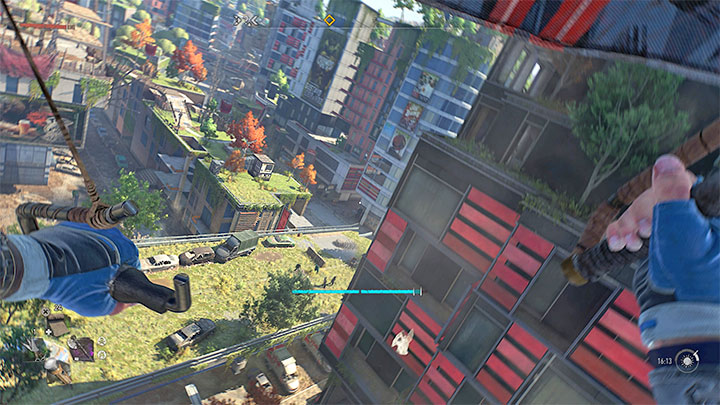 During the flight, watch out for two things: 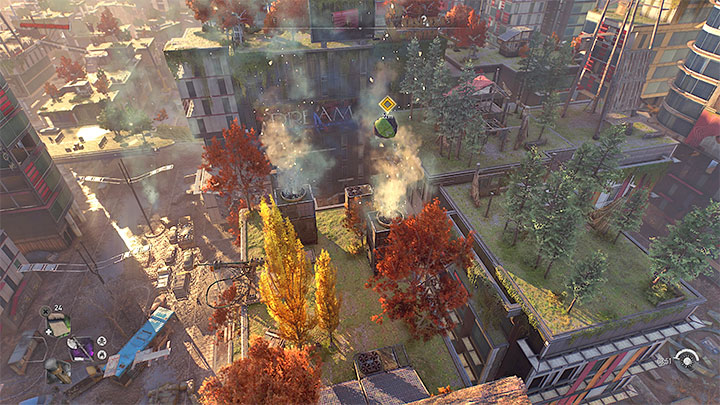 When it comes to gliding, the key are the aforementioned fans, which you can locate during the flight. Flying over such a fan will:

If you use the paraglider often, you can consider capturing further structures and yielding them to Survivors, as one of the rewards offered by this faction unlocks additional working fans across the city. 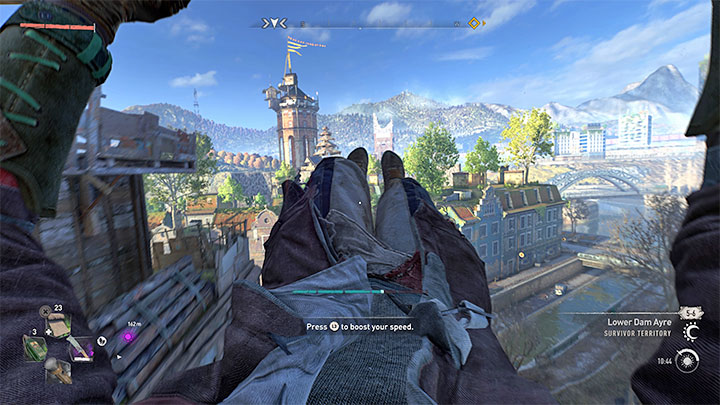 The paraglider is initially at level 1, but you can upgrade this gadget up to level 3 . The entire procedure is described in more detail on a dedicated page Tools - how to improve? . As a reminder, you need to collect Military Tech (unique loot) and visit craftsmen to buy upgrades.

Consider upgrading your paraglider as soon as possible , as the gadget is very useful not only when exploring, but also in quests where you have a time limit or have to access a difficult-to-reach location. 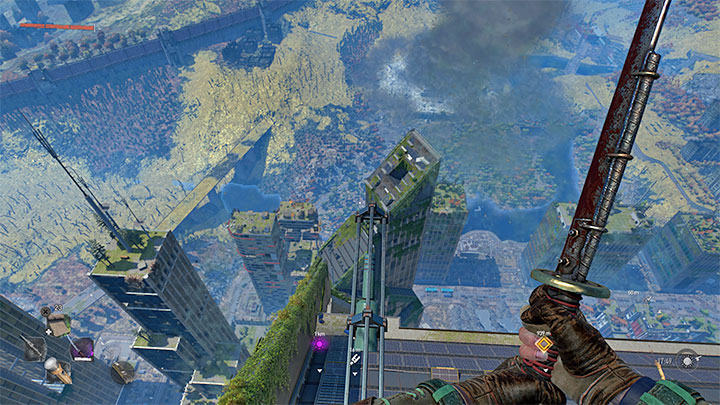 Additional hint - a good location to start gliding is the VNC Tower, which is the highest building in the game. From its roof, you can access many hard-to-reach buildings. We covered this in more detail on the VNC Tower - Highest Building in the Game page.