On this page of the Dying Light 2 guide you can find a walkthrough for Orders story quest. Thanks to our walkthrough, you'll learn how to deliver the orders to the Peacekeepers' outpost, how to find the commander, and how to get rid of all renegades.

Deliver the orders to the PK outpost 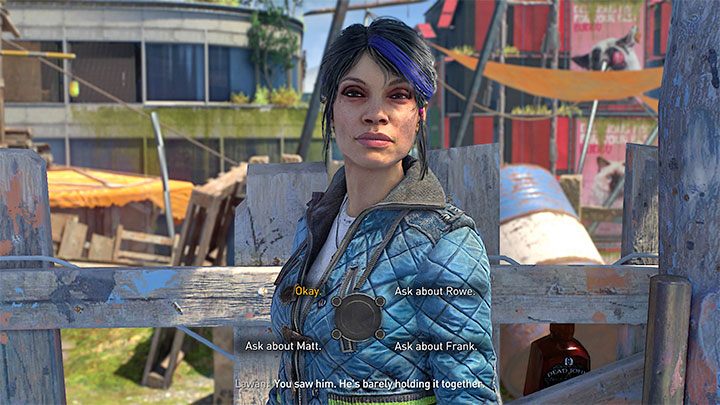 The mission starts with talking to Lawan in Fish-Eye . During the conversation, you can optionally ask her additional questions about Rowe, Matt and Frank.

With the orders received from Lawan, you must travel to the Peacekeeper outpost on Culvert Island, at the eastern edge of the Garrison district. After you reach the area talk to Grady . 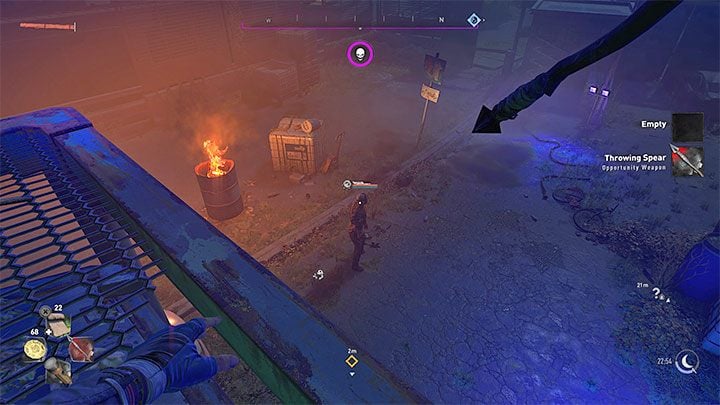 The next mission objective will take you to the northern part of the Garrison district. Defeat the renegade (preferably with a stealth attack) and talk to Mateo, who is hiding in the next container. 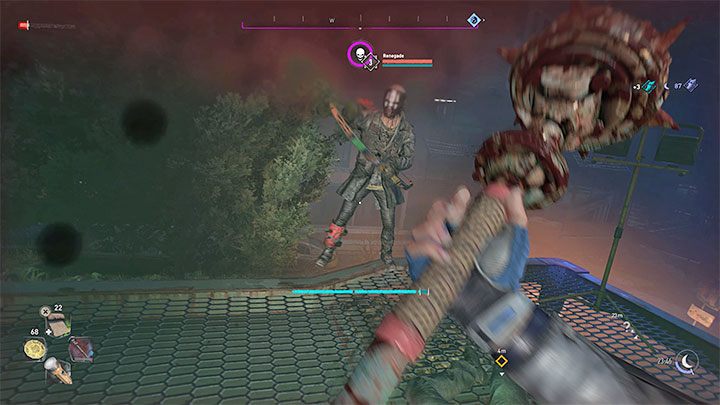 A larger group of renegades will appear and they must also be disposed of. During the battle watch out for strong attacks by some renegades and use spears from the area to kill enemies faster. Some renegades have bows. You can deal with them in several ways - use ranged attacks to kill them from a distance, sidestep, parry arrows (only if you have the appropriate skill purchased), or run to them and force them to switch to melee weapons.

You have to deal with all the renegades in order to talk to Mateo again. 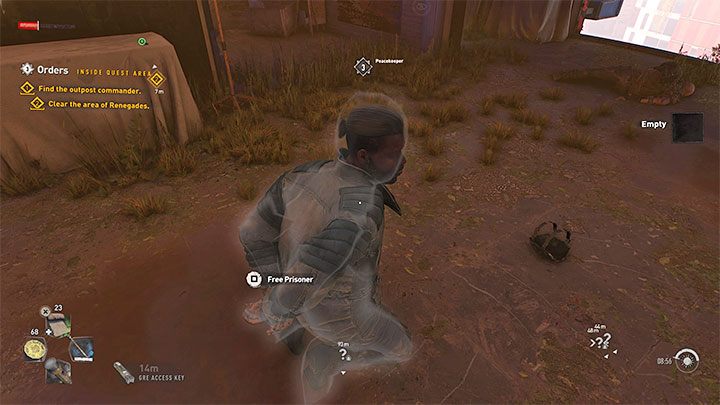 You need to reach the indicated apartment building - the new elevator will take you there. In this area, you'll encounter additional renegades who you can pass by sneaking or deal with them in direct combat (we recommend using the kick to throw them off the building.

While securing this location, look for opportunities to free prisoners. They can join Aiden and help in combat against renegades. 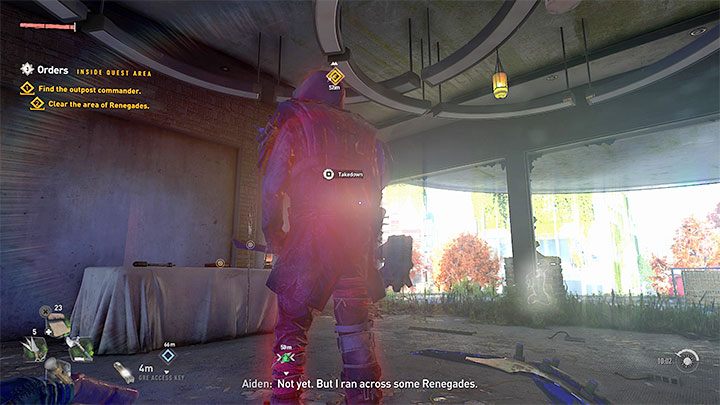 Among the renegades, there is a mini-boss (the picture above), who has his own long health bar. It is best to attack him by surprise first so that the actual fight is shorter. Remember to jump back to avoid his strong attacks.

You will find Rowe on one of the floors and a cut-scene starring him will start. There is also a chest with inhibitors in the area. Talk to Lawan to find out about the Observatory and unlock a new story quest related to it.