On this page of the Dying Light 2 guide, we explain how to upgrade gadgets such as UV flashlight, paraglider, or grappling hook. You will also learn what you can gain by upgrading the individual tools.

The list of upgradable tools and the effect of upgrades

Throughout the campaign, Aiden gains access to gadgets, also known as tools. Some gadgets work the same throughout the game, but 3 of them are upgradable. 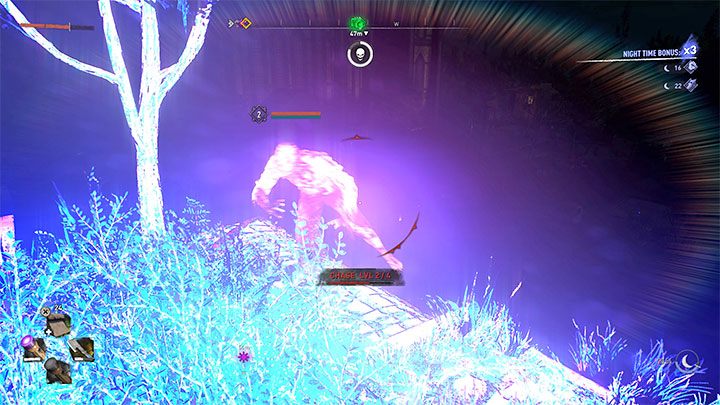 First is the UV flashlight, which has a different effect than the standard flashlight, as it can be used to scare away and weaken the infected. You will receive it automatically in the course of Welcome On Board story mission.

The item is initially at level 1 out of 3 possible. In the beginning, the UV light won't be very effective in stopping monsters during nighttime exploring. Upgrading this gadget increases the power of the flashlight and unlocks a unique feature of the item which is generating flashes of light, which effectively slows down or stops groups of monsters and elite infected . (e.g. volatiles) In extreme cases, the UV Flashlight can even kill a zombie. 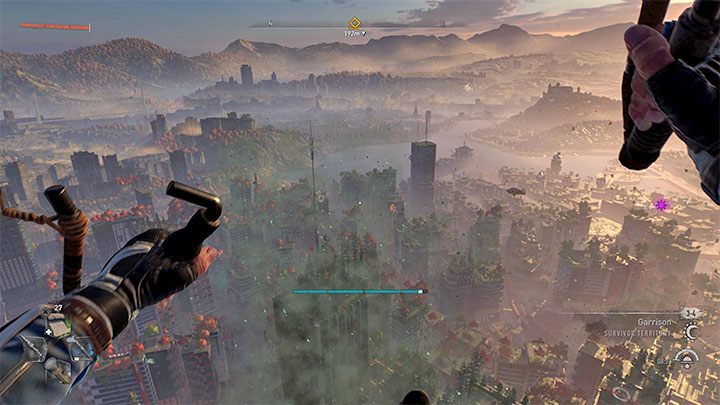 A paraglider is an extremely important gadget used for flying around the city and reaching hard-to-reach shelves and roofs. You will receive it automatically in the progress of the A Place to Call Home story quest.

The paraglider is initially at level 1 of 3 possible and unfortunately, its default range is poor. Investing in upgrades of this gadget can extend the range, improve the maneuverability of the paraglider, as well as unlock the ability to increase the flight altitude (instead of continuous, slow descent) or accelerate while mid-air.

We recommend prioritizing paraglider upgrades, as it will allow you to access many difficult-to-reach locations. Upgrading to Level 2 makes further flights less problematic. 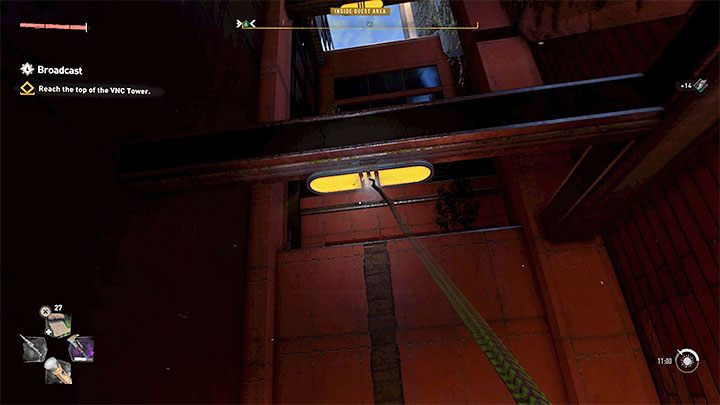 When it comes to the grappling hook, you'll mainly use it while climbing, as it allows attaching to certain ledges and then climbing them or swinging the rope to reach horizontal ledges. You will receive it automatically in the progress of Broadcast story mission.

The hook is initially at level 1 out of 3 possible. Upgrading the hook makes climbing less troublesome and allows attaching to new types of surfaces, and finally, with level 3, pulling enemies struck by the hook.

Buying upgrades from craftsmen and their requirements 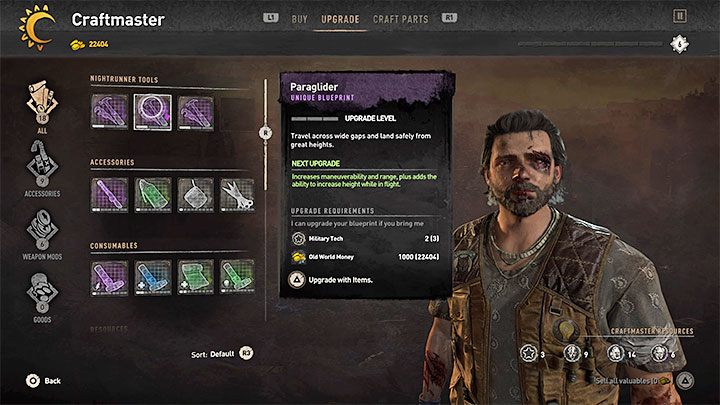 In order to buy upgrades for the gadgets mentioned above, you have to visit craftsmen who can be found in safe locations. Here is how to buy upgrades from a craftsman. Move to Nightrunner Tools tab.

To purchase upgrades you will need:

We recommend starting with paraglider upgrades first. In the case of the other two gadgets, you can prioritize the ones that you use more often during the game (traveling at night or difficult climbs).