On this page of the Dying Light 2 trophy guide, you can learn more about Lightning Reflexes trophy. We will help you prepare for the task, which is performing 10 perfect parries in a row without taking damage. 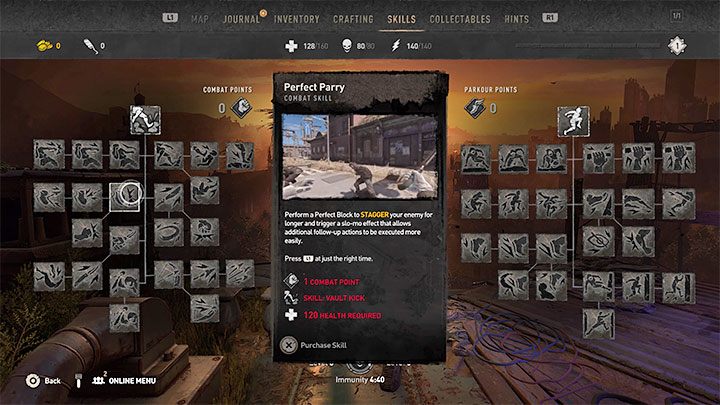 The assumption of this achievement is to use Perfect Parry 10 times in a row. You cannot take any damage (be hit by an opponent, or take damage from environmental hazards) while attempting this.

To be able to start your attempt, you need to unlock the Perfect Parry skill from the Combat tree - it costs one skill point and you need to have 120 health points (reinforced by spending inhibitors). With Perfect Parry you can protect yourself from the attack and stun the opponent at the same time.

A simple way of getting the achievement 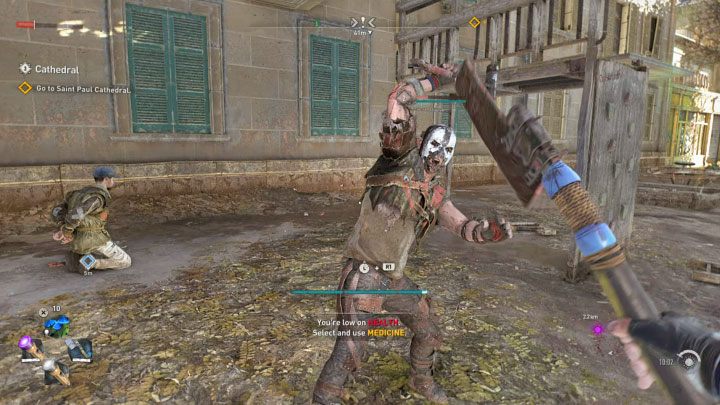 The easiest way of getting the trophy is targeting a single "basic" bandit - one that doesn't have heavy armor or a two-handed weapon. If you encountered more opponents, get rid of them first so that only one enemy remains. Moreover, you should choose a location that is without zombies, so nothing will distract you from the attempt.

Stay at a medium distance from the opponent and let him perform normal attacks. You have to press the block button at the ultimate moment to parry the attack and stun the opponent. 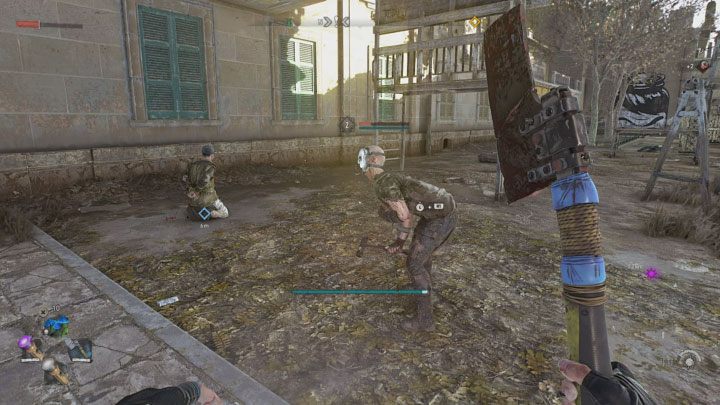 Do not attack the bandit after successfully parrying a blow, but allow him to come back to his senses and attack again.

You need to watch out for other attacks, e.g. attempts to grab the hero. When such a situation arises, quickly jump back and wait for the next normal attack. 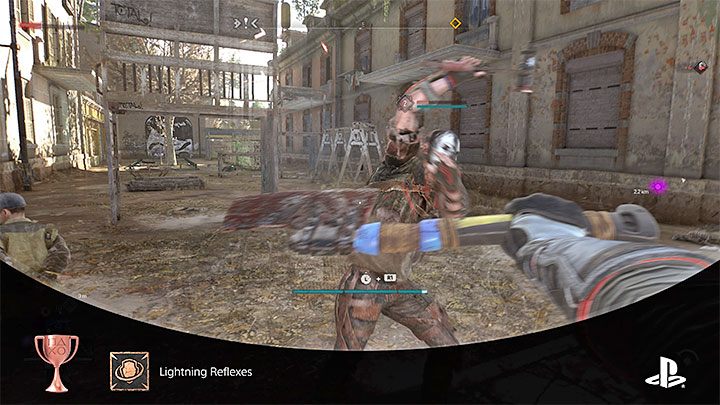 Repeat this until 10 melee attacks have been parried in a row. If you make a mistake, you can keep trying, but you'll have to start from scratch.