On this page of the Dying Light 2 guide, we have described a bug that may appear after completing the Double Time side mission.

Note - This bug may not appear in your game. Some bugs and issues are specific to certain game versions and particular gaming platforms. Additionally, many of these bugs should be fixed in the upcoming patches, released after Dying Light 2 launches. 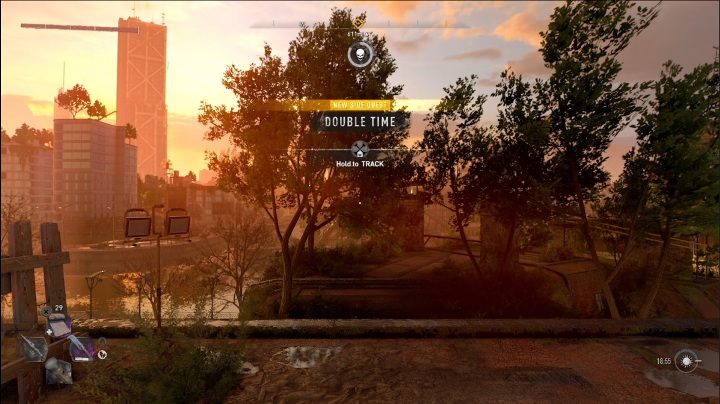 The Double Time mission ends just like all the others. However, each time the game is turned on, this task reappears. It can be completed again, and you can receive rewards and get rid of the mission from the journal for a while. However, restarting the game will make it appear again. This task bugs before the last save, that is, a moment before the last run. Nothing prevents you from completing the race again and talking to the man about the task. There is no point in repeating the task unless you want to get the coins for each attempt.

It's worth noting that this quest doesn't break the game or the save. It can only affect the journal and completed tasks list.

It's not worth resetting the game or the console in this case. The only option is to check the game version. If you have the latest version of Dying Light 2 installed, it may reduce the risk of this bug occurring.