On this page of the Dying Light 2 guide you can find tips on how to quickly amass experience points. We've supplied basic methods of obtaining XP, as well as actions leading to the acquisition of Combat and Parkour XP. 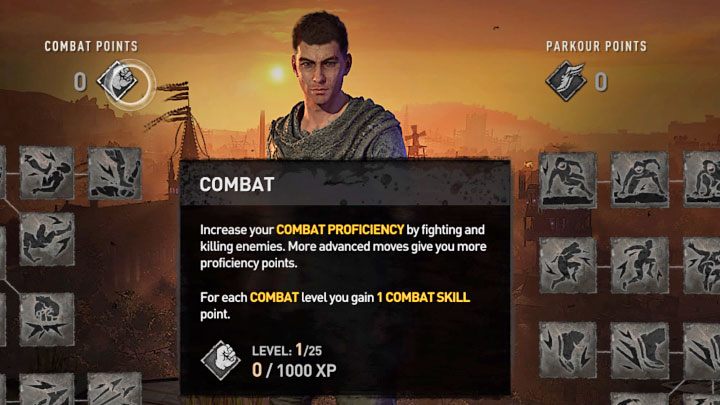 In Dying Light 2 points are collected separately in 2 different categories:

You can accumulate XP by performing actions, either involving one of the categories or both of them. This is described in detail in the next fragment.

Gathering experience is a topic that definitely should get some coverage. The faster you accumulate XP, the sooner you'll unlock useful skills from both categories, thanks to which your character will be able to eliminate enemies or explore the game world more easily. 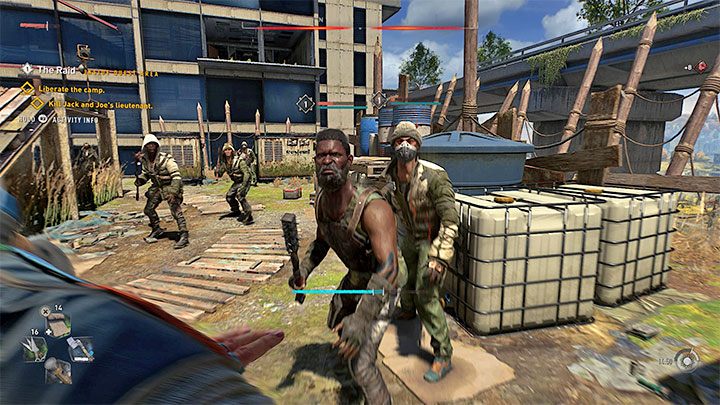 Acquiring XP for the Combat category is done mainly by attacking and killing enemies . The game rewards all types of attacks, but the use of more and more advanced skills from the Combat category (e.g. perfect blocks, smashes) allow you to get more points.

The XP gains for attacking and killing are rather small (usually a dozen points) but such actions are performed often, so you can accumulate a lot of XP this way throughout the game. 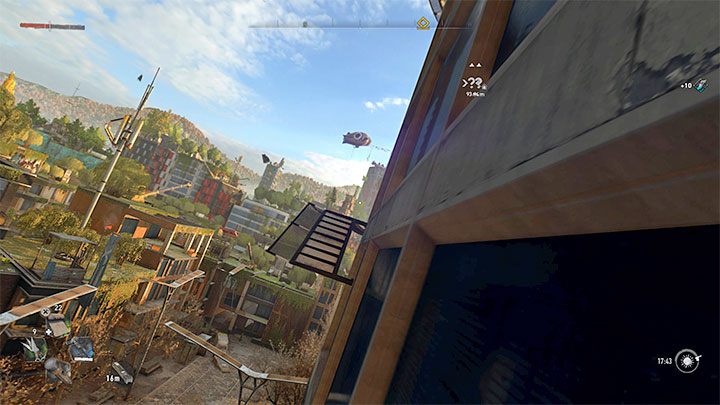 Acquiring XP for the Parkour category takes place mainly by performing parkour moves - jumping, rolls or climbing. The game rewards all types of parkour-related activities, although the use of more and more advanced skills from the Parkour category (e.g. sliding, wallrunning) yield more points.

XP gains from Parkour aren't large, (usually a dozen points) but climbing and jumping are one of the mainstays of the gameplay. During the game you'll amass a lot of XP this way. 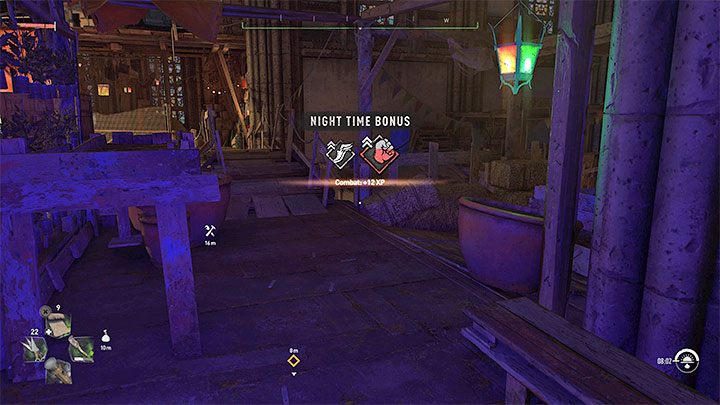 To get more Combat and Parkour XP, consider exploring during nighttime. As during this time of the day, you receive bonuses to all acquired XP points (either through combat or pakour) It should however be mentioend that the bonus may be lost if Aiden dies. If you want to keep accumulating more XP, you need to survive until sunrise, e.g. by using the bed after amassing enough bonus points. 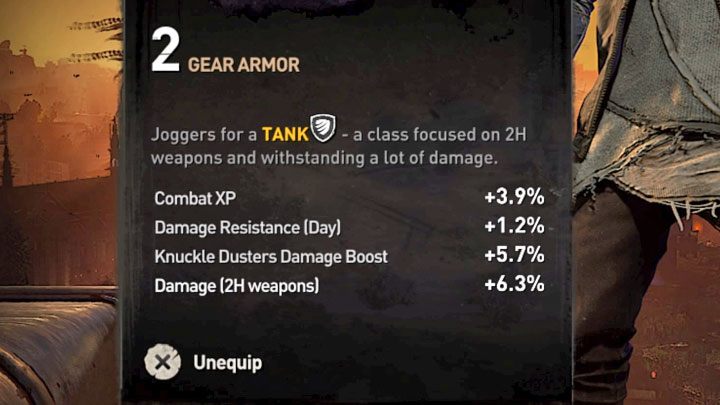 Another good technique to speed up your experience gathering is putting on items of clothing with bonuses to XP . Depending on the type of item, the percentage of XP bonuses may involve either combat or parkour actions. The more items with bonuses you put on at once (we are talking about different slots), the greater the percentage bonus you can get. 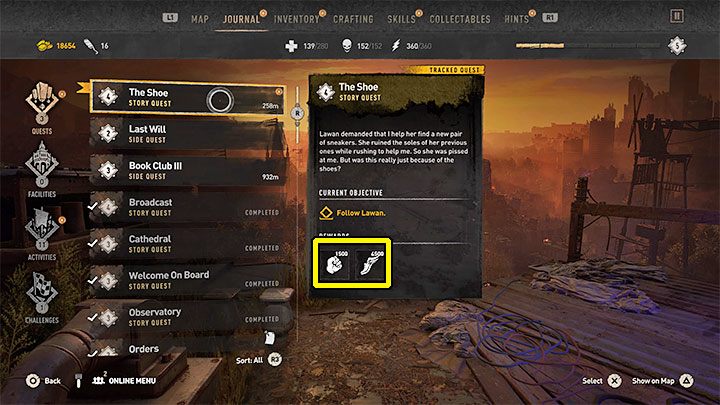 A good way of getting a payday of XP fast is completing quests, especially the story ones. Most of the time, they net up to several thousand XP once completed. You can learn the amount of XP awarded by visiting your journal. The quests may yield different XP values when it comes to each category - you may only receive points to one category. 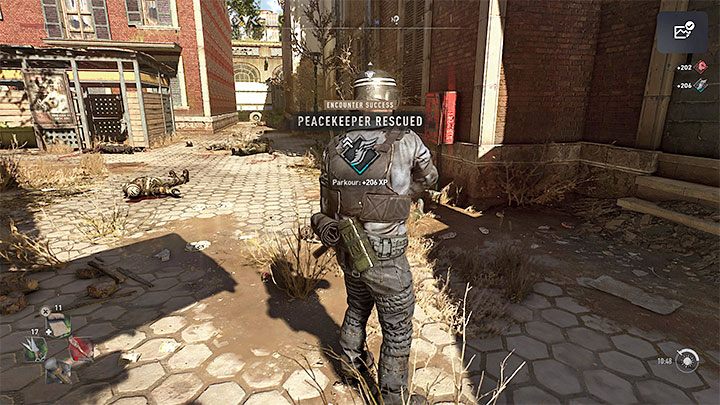 The final way of amassing experience are random encounters that occur regularly when exploring the world. They are marked with blue icons on the map and involve different actions, for example, giving medicine to a wounded NPC, freeing a prisoner, killing an elite monster, or dealing with bandit ambush.

Random encounters are rather easy,, and moreover you can ignore those that prove to be too difficult. As the name suggests, they are random. For completing a random encounter, you can receive several hundred XP (the amount of the reward increases as you progress in the game).