This page of the Dying Light 2 game guide explains where to find chamomile during the Pilgrim's Path main quest, which is part of the campaign's prologue. You will also learn where to look for chamomile later in the game, as it's a crafting ingredient used to create medicine.

Chamomile in the Pilgrim's Path - how to find it? 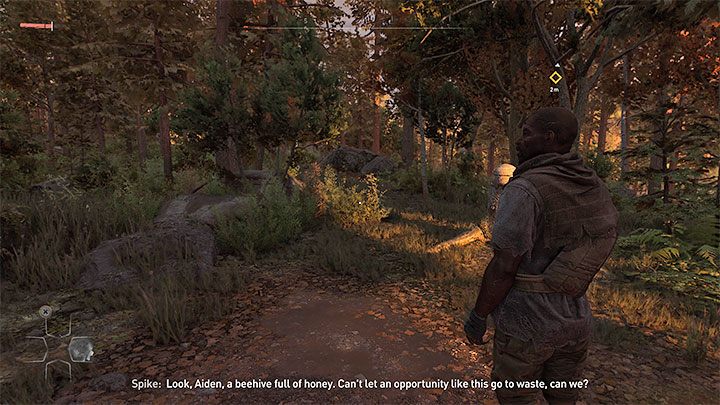 During the first main quest called Pilgrim's Path, Spike will ask you to find ingredients to create a medicine - you need honey and chamomile. Locating the honey is simple, because it's easy to spot a beehive in the area. The chamomile is more problematic. 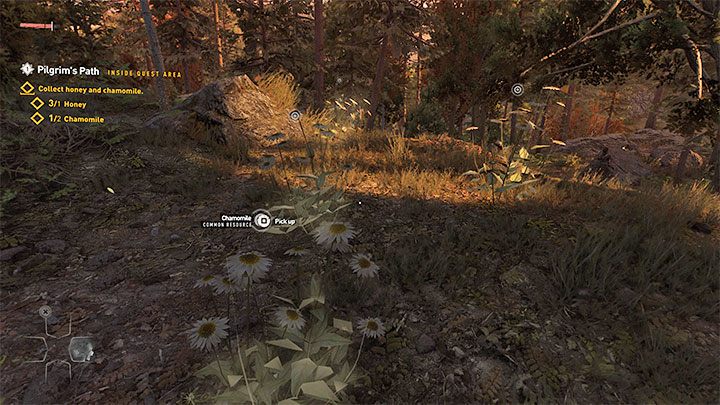 Try to use the Survivor Sense as often as possible to scan the area (by pressing the right analog stick on the controller, or Q on keyboard). It works similar to a sonar - it scans the area and, upon finding an item, provides feedback by displaying an icon on the screen. Using the Survivor Sense is free and unlimited. It can mark loot and interactive elements of the environment, which include chamomile, but this only occurs if you are close enough to the object you're seeking.

You have to search all over the area, because chamomile is found somewhat far away from Spike. In appearance, it resembles white flowers and can be found growing on the small hill from the screenshot, among other areas. You should be able to collect at least 5 flowers in this location, which is more than the 2 required to progress through the storyline. 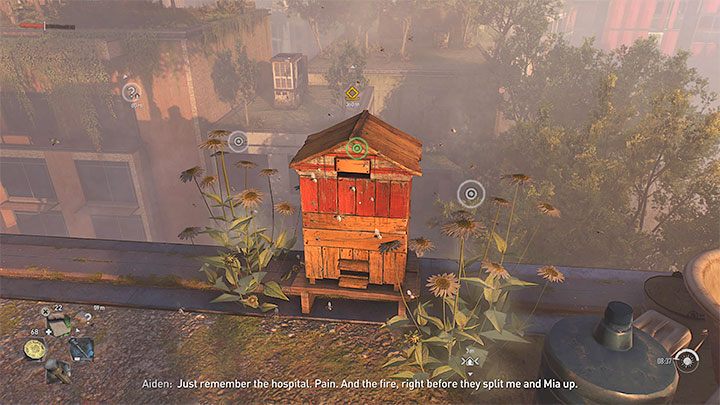 Chamomile will also come in handy later in the campaign, because it's one of the ingredients required to craft medicine and boosters.

Chamomile can mainly be obtained alongside other random loot, but if you have exhausted its stock, you need to look for it in specific areas. Investigate the roof groves that, as the name implies, can be found on the flat roofs of certain buildings. You can also find other useful ingredients in these same locations, e.g. poppy seeds or honey.

Your best chance to find groves is while exploring the vicinity of safe zones. Once you have located the grove and collected the loot, you can go to rest. After using the bed, the chamomile and other ingredients should "regenerate" in the recently visited groves, allowing you to harvest more of them.