On this page of the Dying Light 2 guide you can find a walkthrough for The Arrival story quest. Among others, you'll find out how to defeat or sneak past Goliath (mini-boss), how to deal with bandits at the meeting point, where to find Suzie, and which bodies to search to find crystals.

Go to the meeting place with Jack and Joe's thugs 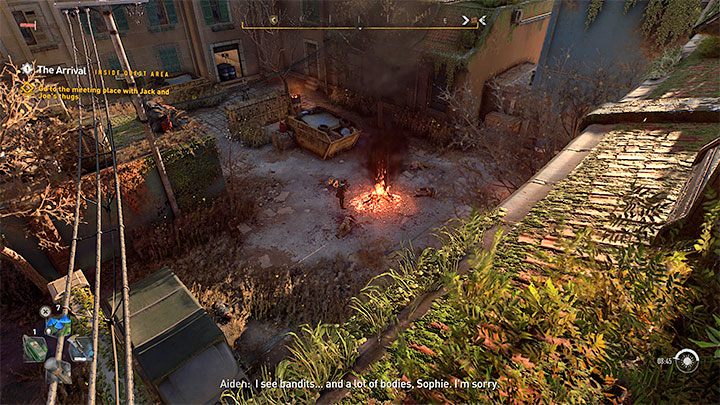 The planned meeting point is in the Trinity district and it is best to get there by following rooftops, so you have eyes on the bandits before getting close to the objective, which will allow you to choose a method of approach, e.g. initiating with a strike from above or throwing a Molotov.

During the battle, keep an eye on all opponents and dodge and parry often. 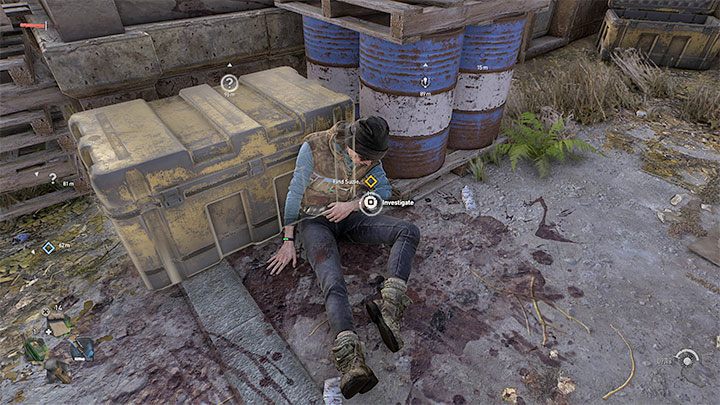 You will find dying Suzie in the same place where you fought the bandits. She will be sitting leaning against a chest. 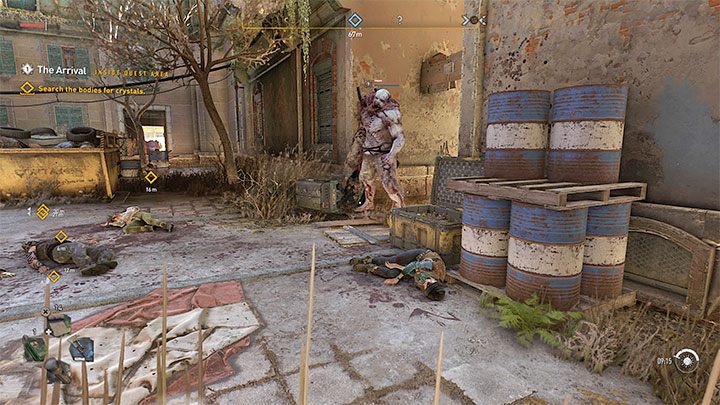 Your progress will be hindered by an appearance of a Goliath - an elite infected that uses a huge melee weapon. Theoretically, defeating the Goliath isn't mandatory, as you can skip fighting him and simply run and search the bodies. If you want to defeat the monster (and get a lot of XP and a unique trophy from him), check out the walkthrough below.

Beside Goliath, there are also standard infected in the area. Either start by killing them first, using area of effect attacks (e.g. with Molotovs), or lead them away from the Goliath. 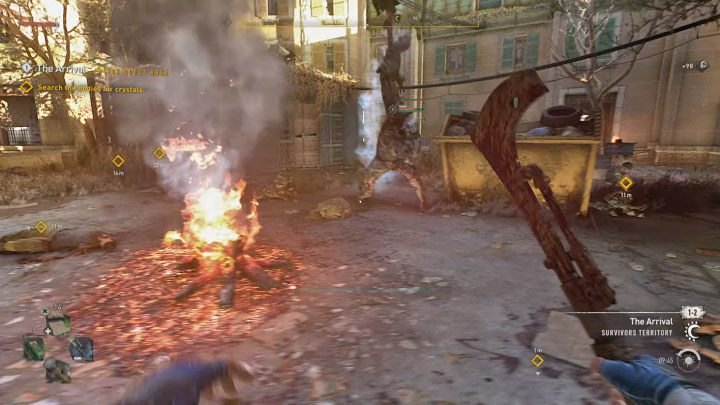 Watch out especially for Goliath attacks. To make matters easier, each of his attacks will be clearly signaled by him hitting the ground with his weapon. When that happens, jump back to safety, as Goliath will create a small shockwave. 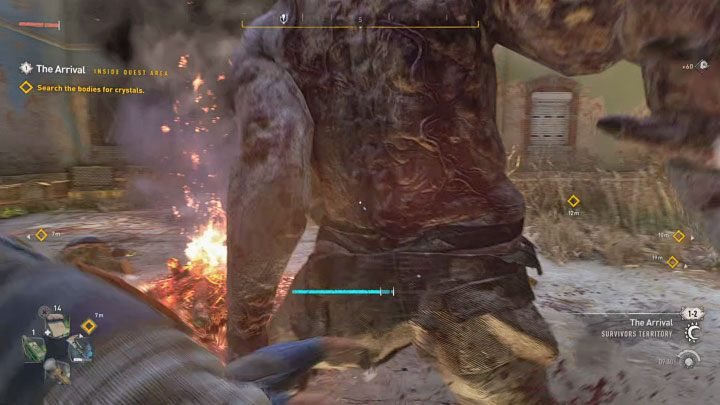 After avoiding each strike of the Goliath, approach him quickly and land 2-3 quick blows with any melee weapon. Remember to not to overdo it with the number of the attacks, so that you'll be safe from Goliath's counterattacks. 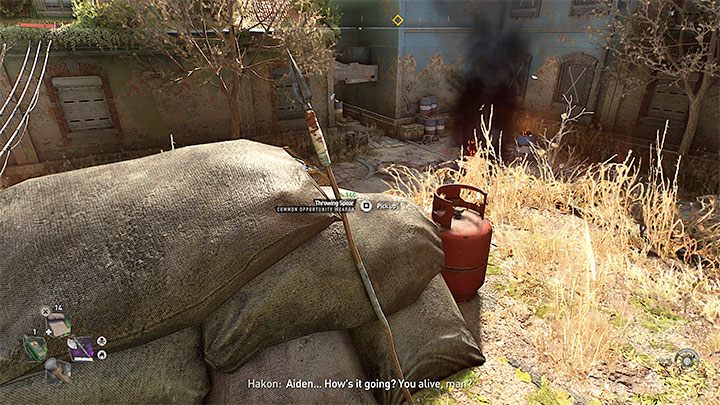 There is also a good way of weakening the Goliath or getting rid of some of the regular zombies. Look around the area for a small roof on which you can find two items - a red tank and a spear. You can throw the tank in the direction of monsters or the Goliath and then hit it with a spear to make it explode. This is a good technique to seriously weaken the enemies while remaining safe. 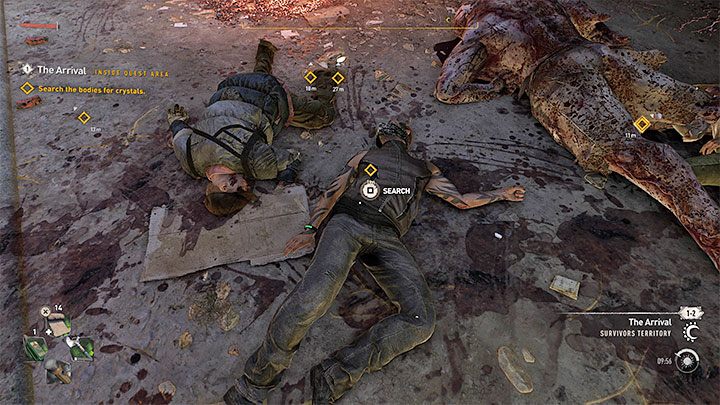 Regardless of whether you have defeated the Goliath or not, you need to examine the marked bodies one by one. After searching all the bodies, you will discover that the crystals have been taken. A new story quest (The Raid) will begin.