This page of the Dying Light 2 guide explains the chase mechanic in detail. We inform you when a chase starts and how to avoid it, as well as how to behave in order to lose the pursuers and not get caught by the monsters.

Chase - when do you risk it? 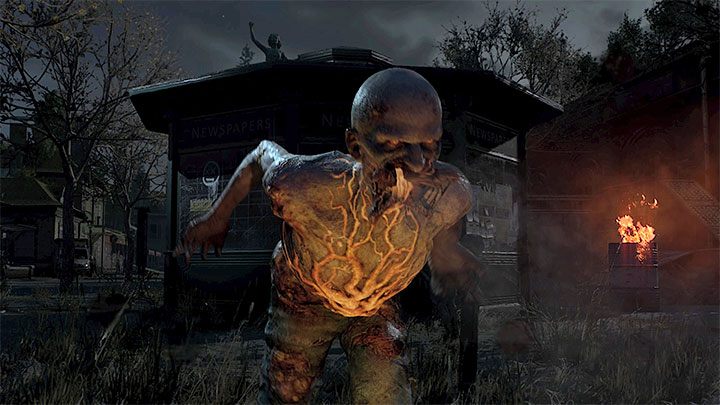 Chases involving monsters can only take place at night and should be considered an additional threat when exploring the city after dark.

A chase may be started by a monster named Howler . Howlers are creatures that appear after dark. They are marked by the game with a special icon by default and you can recognize them even from longer distances. A Howler who notices the main character, as per his name, will start to howl and alarm the whole area. 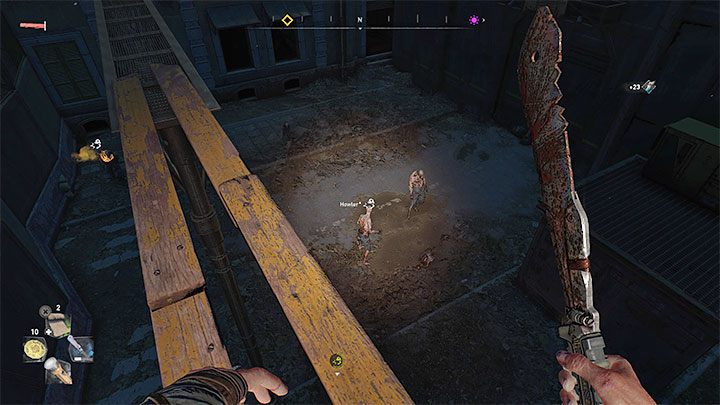 A universal tactic for avoiding detection is sticking to rooftops, high ledges and platforms . When crossing over a howler, there is a small risk that you will be noticed. You can also protect yourself by turning off the flashlight for a moment. 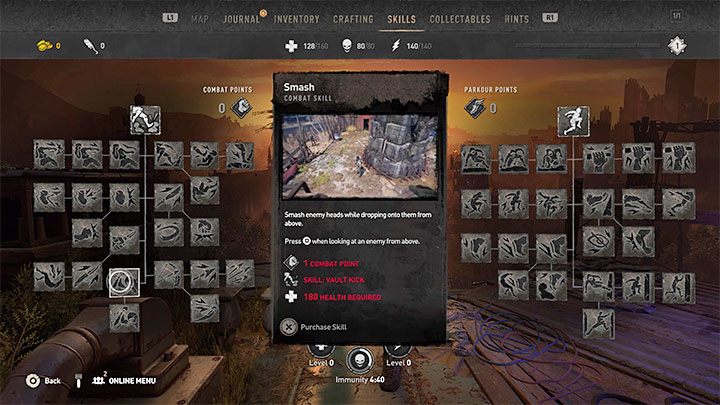 If the howler interferes with your planned path or blocks you from exploring a location, you can try to dispose of him. This is a risky task. There are two ways of how you can proceed:

We do not recommend weaker skills or attacks, because even if the howler takes partial damage, he will still be able to sound the alarm. He must die immediately. 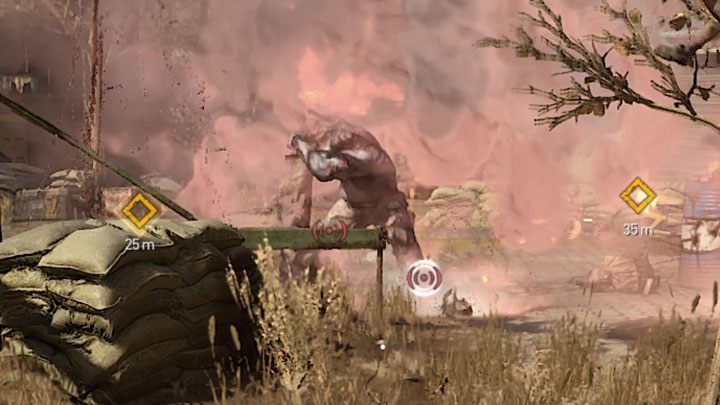 Additional note - Theoretically, agile infected from the area may also be alerted during daylight hours. This will happen if you use explosives or cause an explosion - then icons similar to those shown in the picture may appear on the screen. Fast monsters will reach this place and if they spot Aiden, they will engage him. You can fight them off or try to escape (preferably right after the explosion).

How to respond and end the chase? 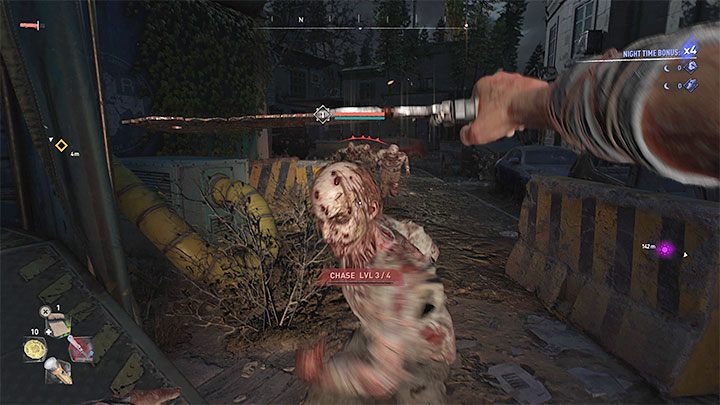 After you initiate a chase, infected runners will start appearing in the area - either running out of buildings, ventilation ducts, or shafts. You cannot prevent them from appearing, even if you are currently on the roof of the building. Unfortunately, these monsters can also climb skillfully and quickly - being on a high ledge does not make Aiden safe.

The chase has four levels . Each time you "advance" to the next level, more monsters will appear and escaping them will be more difficult. You should try to end the chase on the first level (except when attempting to obtain the Turtle! trophy ( involving reaching Level 4 of Chase). 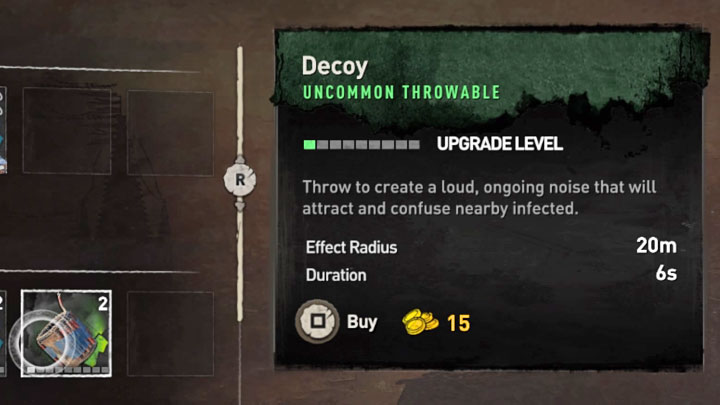 When escaping, your primary target is to run without stopping and make parkour movements along the way . Infected runners are slightly faster than Aiden and can grab a hold of him while standard running (without parkour). Use parkour to bounce off objects and climb ledges, creating an "unconventional" route.

If you have decoys , you can use and throw them around while escaping in the hope of temporarily distracting the infected. 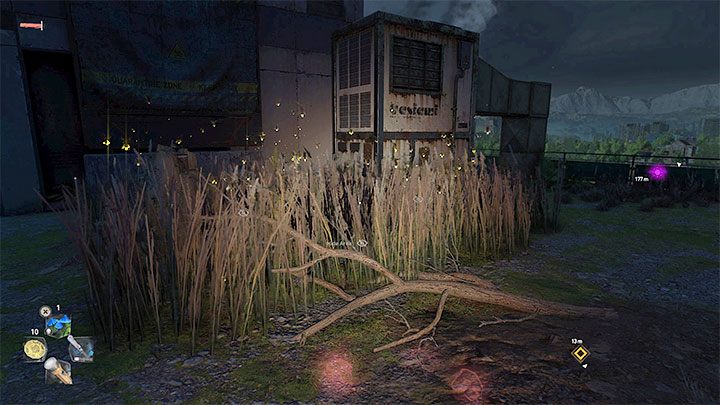 The first way to end a chase is to use a Hide Area, e.g. tall grass. Hide Areas are marked with icons. In them, you can crouch and wait for the monsters to end the search. This method will only work if the infected hadn't seen you entering the Hide Area i.e you had some distance between you when you reached the area. 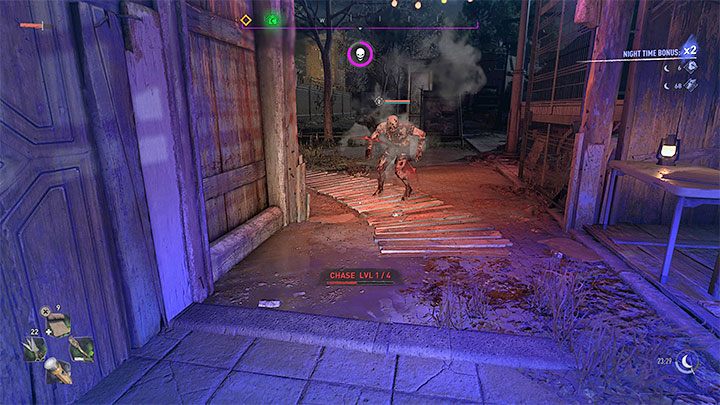 The second way is more obvious - you need to reach a location with UV lamps. Exemplary locations are: a windmill, an allied base, or any safe zone. The infected cannot enter the areas illuminated by UV lamps, so you only need to wait for the message that the chase is over. 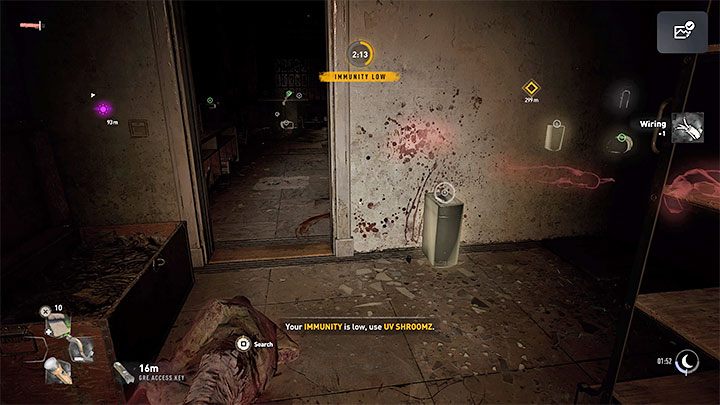 The third way to end the chase is to hide in one of the shops - the night locations. In a shop, you can encounter ordinary zombies, but the infected chasing Aiden will not be able to get inside the store. The chase should end after a few moments. 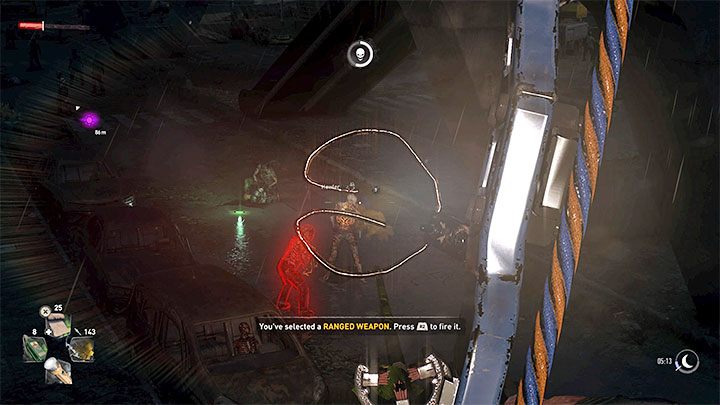 The fourth way is the most aggressive and involves getting rid of all the monsters that can extend the chase. You will need to kill both howlers and running infected. It might be a good idea to get to a roof, high ledge or some other inaccessible place and get rid of only those monsters that are chasing Aiden at the moment. A bow can be very helpful in killing monsters from a long distance.