On this page of the Dying Light 2 guide, you will find information where to get and how to use lockpicks. We explain where to find or how to craft lockpicks (upgraded versions of them also) and how to complete the lockpicking mini-game.

Using lockpicks in the game 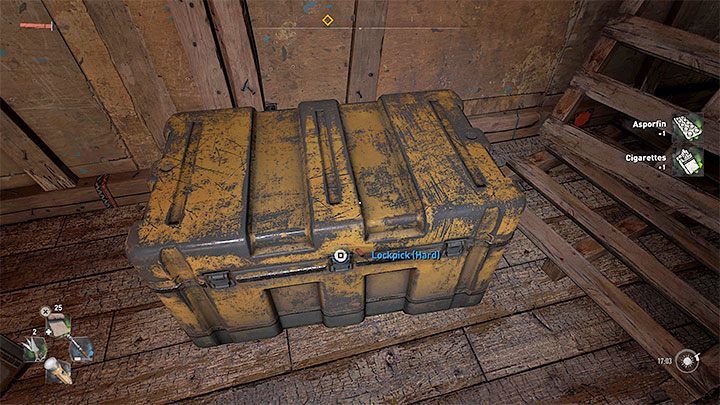 Lockpicks are used to open locks that can protect doors or various types of containers.

Locks have 3 levels of difficulty - easy, medium or hard. You can attempt to break even the most difficult locks right from the start of the game, but basic lockpicks won't do much against them. 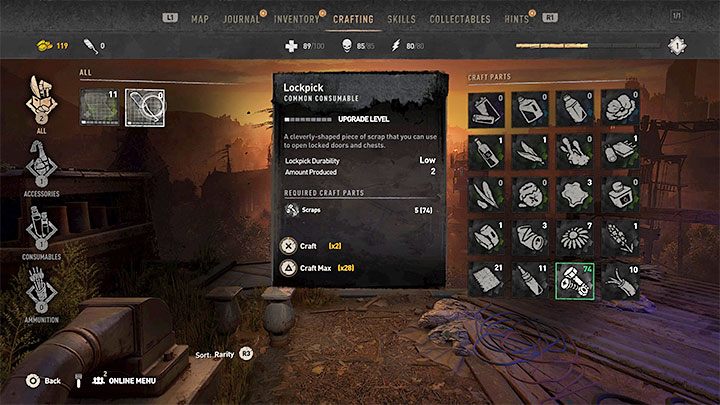 A good source of lockpicks comes from crafting. To craft lockpicks, you'll need a blueprint. You'll get one from Hakon after completing Plague Indicators story quest.

Another requirement are scraps - fortunately, this is a common crafting resource. You can find it in abundance by exploring and searching every encountered container, chest, cupboard, or box. 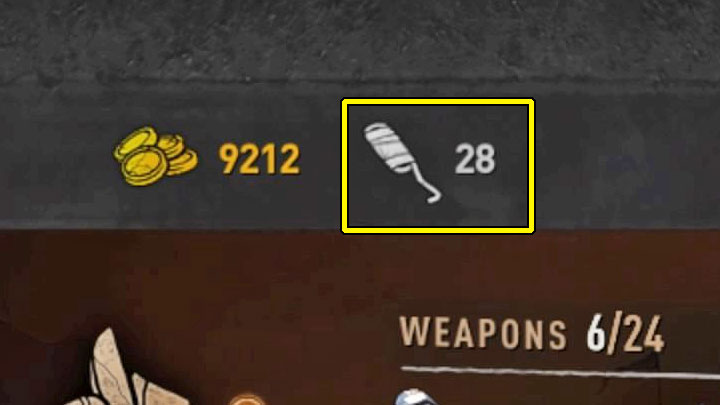 Sometimes, ready-made lockpicks are awarded in progress of quests. Unfortunately, you won't get much of them, and it may turn out that after a few failures you'll use up all received lockpicks.

We recommend that you always have at least 10 lockpicks at the ready. The current number of lockpicks is displayed in the upper left corner of the menu. 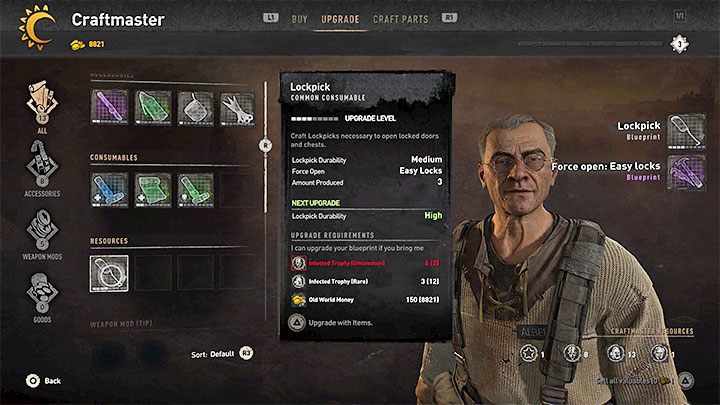 Later in the game, you can and should consider upgrading your lockpicks. To do this, you need to visit a craftsman and go to the second upgrade tab. In order to buy the upgrade, you need to spend infected trophies (search the bodies of killed monsters - especially those more powerful ones) and Old World money. 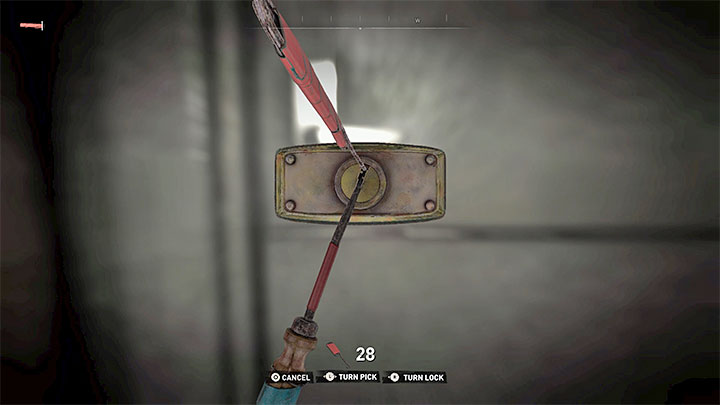