This page of the Dying Light 2 game guide contains detailed information about immunity in the game world and how it affects the course of the game. We inform you what can happen if you lose immunity, how to restore lost immunity and how to extend the immunity bar to have more of this resource in reserve.

Since we are covering the topic of immunity, this page contains a spoiler about the main character's condition, which you'll learn about shortly after the game starts. It was necessary to mention it while describing the immunity mechanic, but this page doesn't contain any major storyline spoilers.

What is immunity in the game? 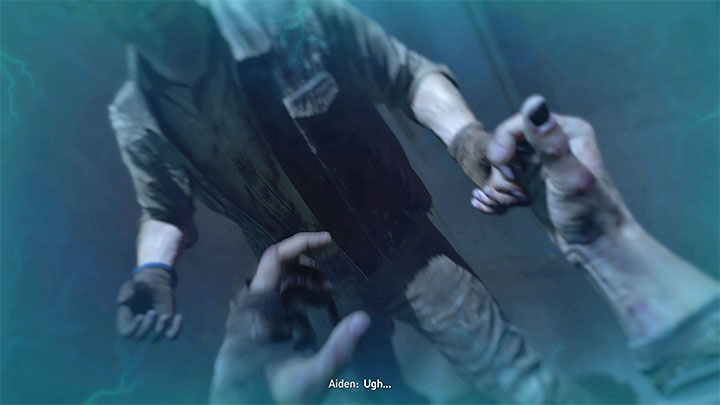 Immunity is one of the most important statistics in the game. It's directly related to the fact that the main character, Aiden, is infected when the campaign starts. It is immunity that protects them from completely transforming into one of the infected, allowing them to remain in human form.

Over the course of the campaign, the character experiences various attacks of the disease and is forced to fight for their humanity, which is also affected by inhibitors injected into their body. Fortunately, there is no time limit in the game related to finding inhibitors and injecting their contents. You "only" have to worry about monitoring your body's immunity to infection. 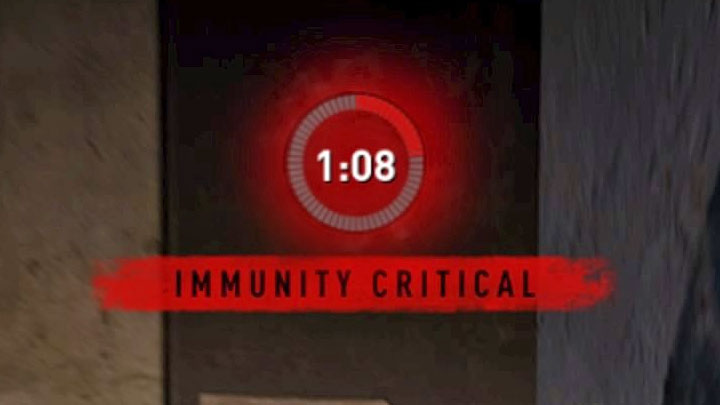 Aiden's immunity is reduced by staying in the dark. These circumstances include:

In both cases, the immunity counter appears at the top of the screen and it measures the time until it is completely drained. You will receive additional yellow and red (critical) warnings once you have little immunity left in reserve. If the bar empties completely, you lose. 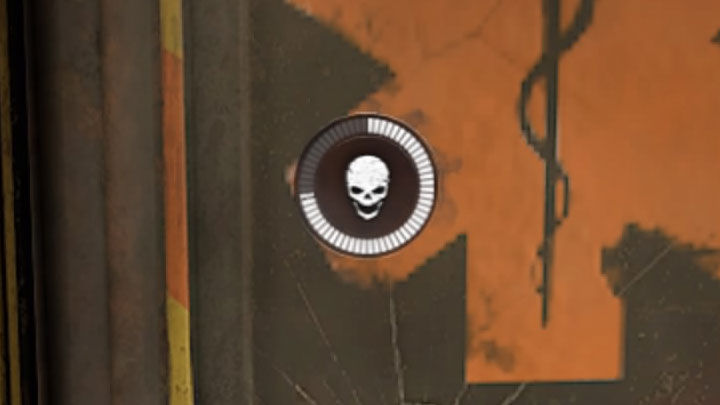 Additional note - the game may show a skull icon instead of a timer, which happens when you still have a fairly high amount of immunity left. Despite the counter not appearing, your immunity can still drop and this is indicated by the lines fading out around the skull icon. The game simply doesn't display the timer 100% of the time, but the countdown may still be happening "in the background". 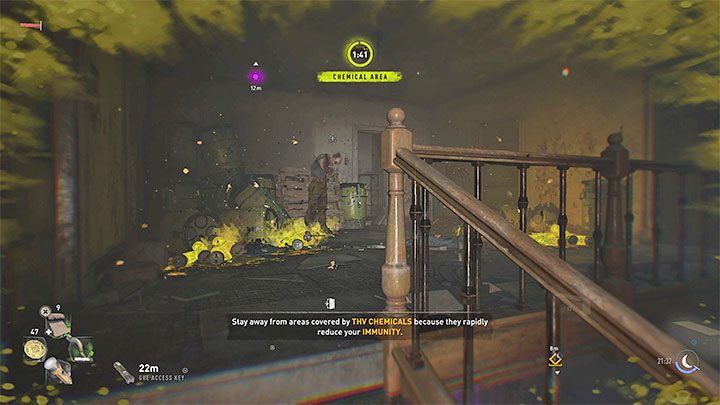 In some of the more difficult locations, the chemicals can almost instantly deplete some of your immunity and force you to act sooner. In such places, you have to carefully monitor the immunity counter, because it can end up completely depleted much faster. 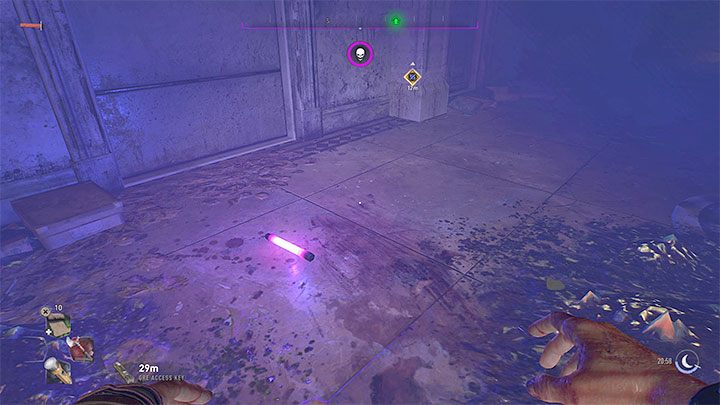 Immunity can be easily regenerated by:

Contact with light will quickly restore Aiden's immunity to its current maximum value. 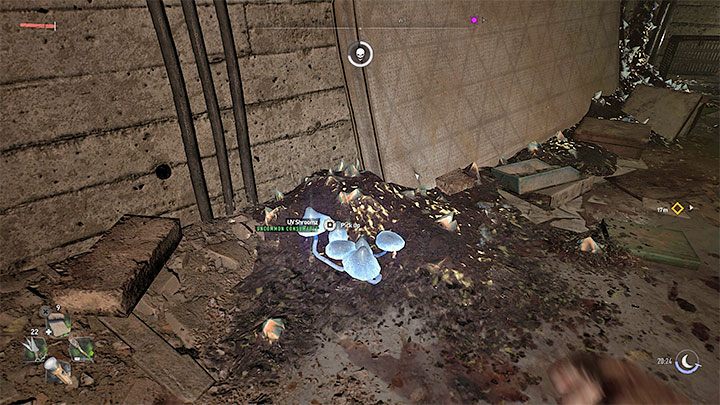 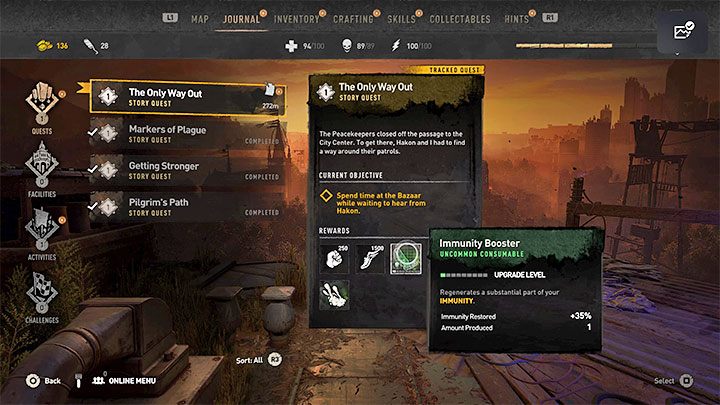 The game also allows you to restore immunity through consumables:

UV Shroomz can partially restore immunity and are found in relatively large quantities in the game world (the Survivor Sense can help you find them). It's a good idea to always have a few shroomz in reserve so that you don't end up in a critical situation during night expeditions, i.e. with minimal immunity and no hiding place in the immediate vicinity.

The immunity booster has a very similar effect to shroomz in that it provides a one-time regeneration of the immunity bar. Make sure to keep these items in your inventory for later and don't get rid of them. 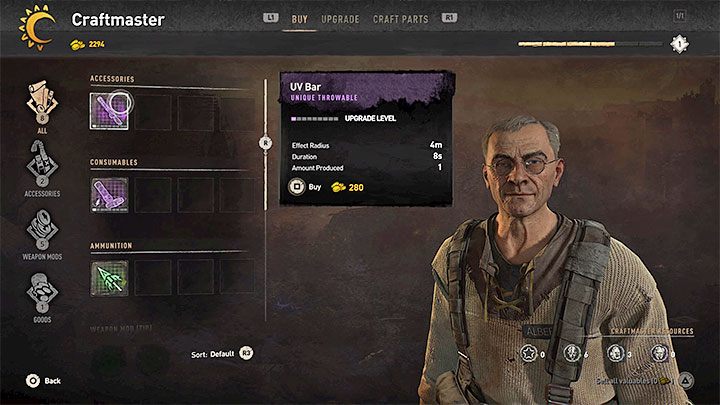 The UV bars are also called flares. You can purchase a blueprint for this gadget from a craftmaster (e.g. at the Bazaar) or simply find and keep flares from the game world for later. You can throw them and then stay in their vicinity or return to them to restore lost immunity. 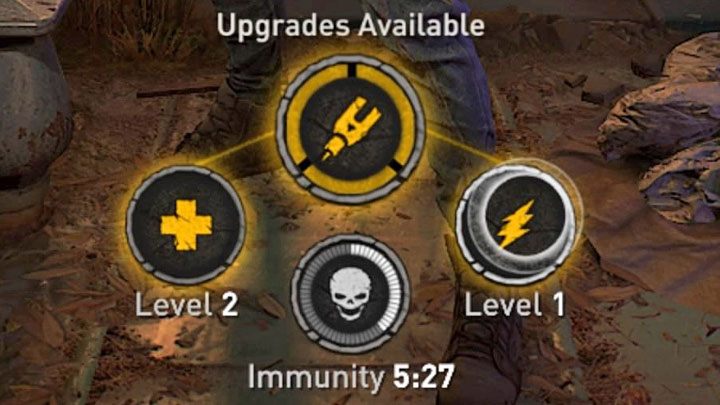 By default, Aiden's immunity is enough to last 4 minutes and 40 seconds in the dark, although you can increase it permanently. You can do this by using the inhibitors found in the game world. Each time you get 3 inhibitors, there will be an option to use them to permanently increase health or stamina. Regardless of your choice, your immunity will also be permanently increased, i.e. you will gain another few tens of seconds and you will be able to stay safely in the dark for longer.

We advise you to increase Aiden's immunity a few times before you decide to go on longer trips at night and to explore more guarded locations after dark. Also, don't overdo it with the number of locations visited during one trip. After exploring a given "night spot", it's best to return to the nearest hideout and restore immunity before embarking on another journey.