The watch - the current in-game time 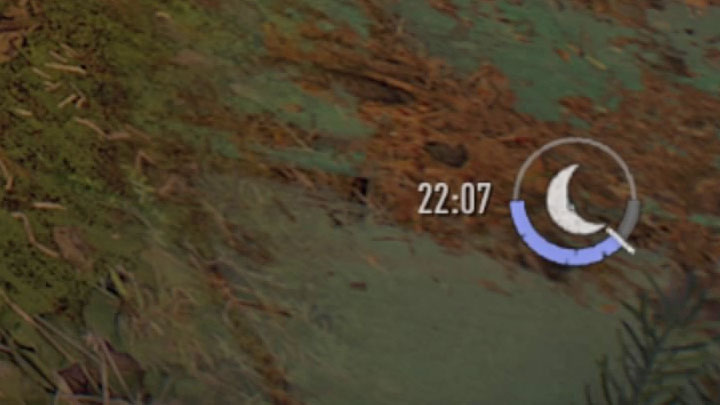 From the very beginning of the game, the main character has a watch to help determine the current time. This information is displayed by default in the lower right corner of the screen. It's worth noting that in exceptional situations (e.g. during the campaign prologue), the time flow may be temporarily suspended for the duration of the mission.

Time in the game runs much faster than in the real world. Don't be surprised if, for example, night quickly falls during an expedition that started during the day.

Forcing the time of day to change 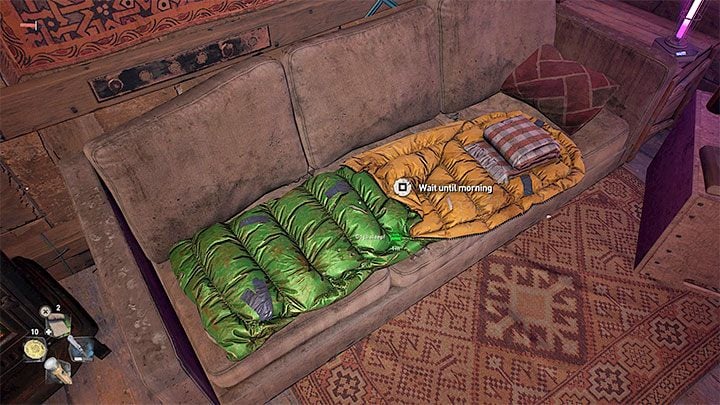 Fortunately, you don't have to wait for the time of day to change, because the game has a mechanic that allows you to speed up this process. You can use beds to help you with this, as they allow Aiden to rest. All beds in the game are free and you can find all kinds of safe locations in the game world - they include:

Using the bed during daylight hours accelerates the night, and using during nightfall accelerates the sunrise. This last feature is particularly important as the bed can be used if, at a given moment, you don't want to risk expeditions at night and would rather return to the map during the day. 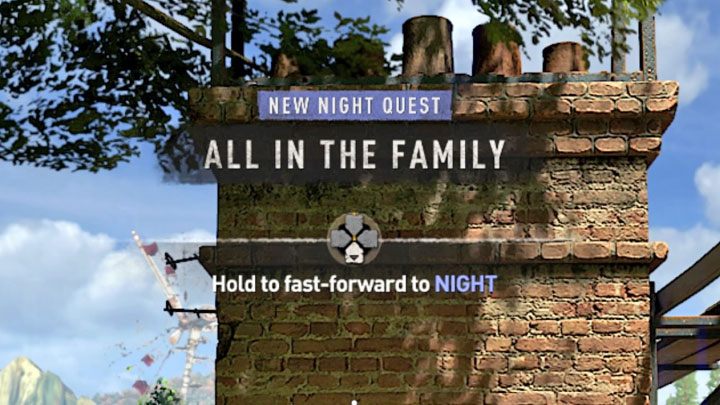 There is also an additional way to quickly change the time of day, which is to start a night quest. After accepting said task, the game may suggest to quickly change the current time to night so that you can start the mission immediately. To do this, you have to hold down the indicated button (down on the D-pad).