On this page of our guide, you will find information about the season pass and DLC for Dying Light 2. You will learn what they add to the game and how to get them.

We've also added additional information about the planned support for the game in 2022.

Dying Light 2 doesn't feature an official season pass, but by purchasing the Ultimate edition you gain access to two story expansions which will be added to the game a few months after release. Each expansion adds a new storyline to the game. The story expansions can also be purchased separately.

The developers also promise smaller DLC expansions with new outfits, weapons or special events. Some of them will be free, others will be purchasable. 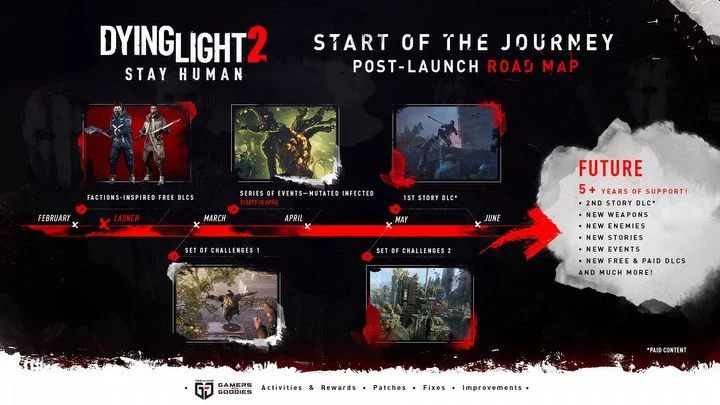 Dying Light 2 is planned to be supported with new content for at least 5 years after its release. The developers shared some information regarding planned support of the game in the first half of 2022: