In this section of our game guide you can read about Votes and Influence in Dune Spice Wars. You will learn how to obtain them, how the Landsraad Standing has its impact on them and how to use them during the game. 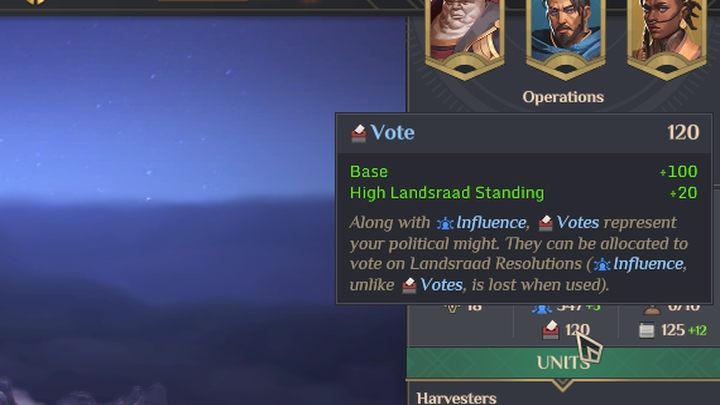 Each faction - except the Fremen - has a default Landsraad Standing. Based on the amount of Standing points, you will receive a proportional number of Votes. Each of these factions can improve their Standing and thus increase the number of Votes. You will use them in the voting events that take place once a month. However, they are not lost after voting and you will be able to use them again. 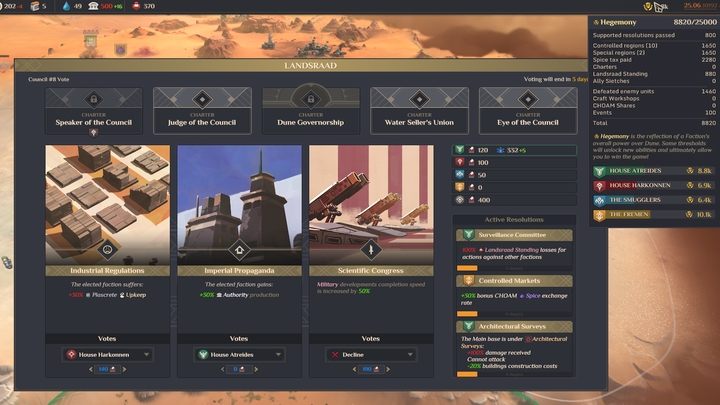 You can use Votes and Influence to support or reject available Resolutions.

At the maximum Landsraad Standing, you get 140 Votes. This is not very much, and certainly not much more than 120 Votes at Rank 200. Therefore, Standing is not strictly an indicator of political power, but it generates other, valuable bonuses. 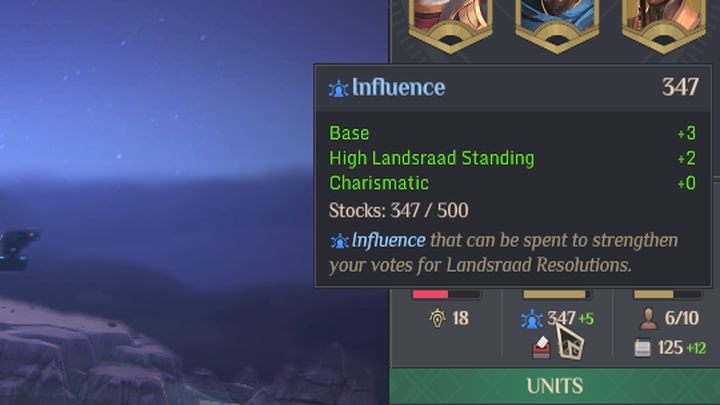 Influence allows you to increase the number of votes - 1 point of Influence equals 1 Vote. Note that Influences can be traded. Generating Influence :

Influence is a powerful political weapon, especially for the Smugglers who generate a large amount of Influence, and for the Fremen - for whom it is the only option to vote. 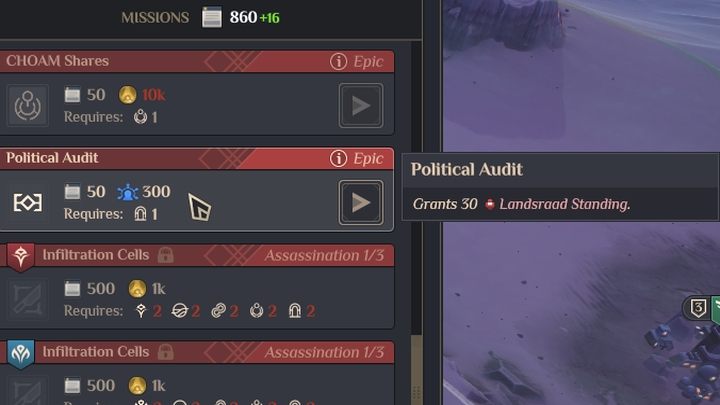 Another way to use Influence is to use it to increase your Landsraad Standing by 30 points through an agent mission: Political Audit (50 Intel, 300 Influence).

With an Influence deficit, your Landsraad Standing will begin to decline at a rate of 5 per day.