In this section of our game guide we will focus on getting to know the Fremen faction in Dune Spice Wars. You will learn what their strengths and weaknesses are and what sort of victory options are the easiest for them. Also, we have prepared an overview of their units, faction bonuses and councilors.

The Fremen are a faction that has the highest availability in terms of adaptation to their natural habitat. They try to live in harmony with the inhabitants of the planet, Sietches and Sandworms. The beginning of the game is quite balanced, but in the later stages the faction can generate a very large amount of Spice.

It is worth using the element of surprise, which will be helped by Thumpers and the possibility of hiding troops - passive skills and a special development Desert Shadows. Another interesting strategy is to use the Spreading The Faith research to earn money by liberating captured areas.

The Fremen play style is either economic (Hegemony) or military (Domination). They have a strong army and many unusual combat strategies. In addition, they have large amounts of water, which allows them to easily occupy numerous regions, and Thumper will allow you to quickly go there to defend yourself. 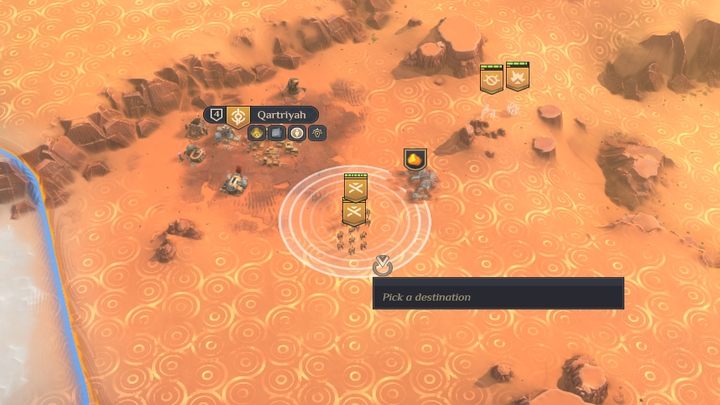 Thumpers allow you to move your army over long distances.

Numerous units have stealth camouflage, thanks to which you will surprise enemy units, and numerous bonuses related to research and buildings will allow them to fight effectively in their area.

House Atreides has the following bonuses:

The Fremen faction has the following Councilors to choose from: 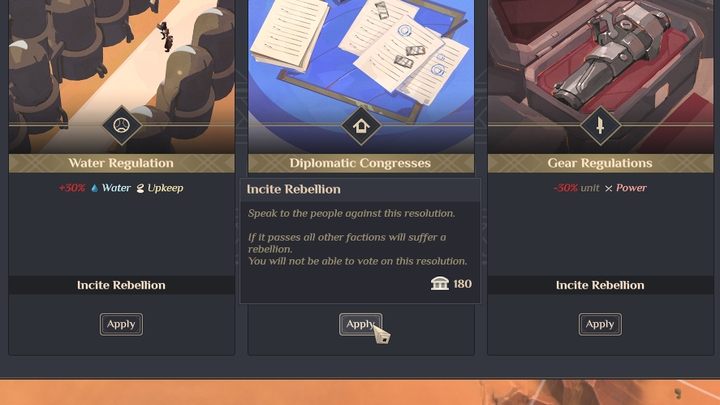 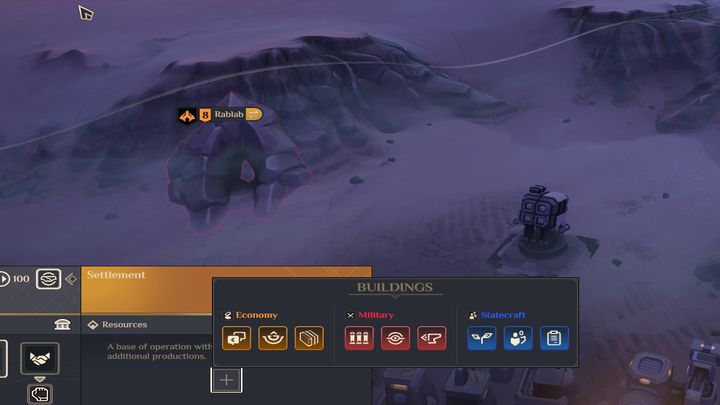 When you get 10k points of Hegemony, you will be able to build buildings in an allied Sietch. Buildings cost 1000 Plascrete, 10 Power and 5 Water. You can ally with multiple Sietches, and you can only build 1 building in each. The available buildings are:

Below is a list of the available Fremen military units that you can recruit, along with a description of their characteristics:

A special support unit that camouflages other units. Features: