In this section of our game guide we will focus on getting to know the Smugglers faction in Dune Spice Wars. You will learn what their strengths and weaknesses are and what sort of victory options are the easiest for them. Also, we have prepared an overview of their units, faction bonuses and councilors.

The smugglers make a living by pillaging and stealing . They can also get Plascrete and Intel (optional) while pillaging and plundering villages. They can establish Underground Cells in enemy villages and thus steal resources or carry out diversions. This is the faction that dominates in terms of the generated Solari amount.

In case of combat, most of the units heavily benefit from the reduced level of enemy Supplies and Reserves. Hence Poison the Reserves operation and keeping the enemy away from the village (so that he does not have time to besiege it) increases your combat strength.

The Smugglers have a pretty good start. It's worth to begin with lots of pillaging, especially if you focus on bonuses in the form of increasing Solari or additionally obtaining Plascrete and / or Intel from looting. Next, it is almost crucial to use enemy villages to set up underground cells there. It is not worth occupying too many lands and investing in the development of villages if you cannot afford it - it is difficult for Smugglers to defend their land due to a weak army and even weaker defense.

Smugglers have the following bonuses:

The smugglers have the following Councilors to choose from:

These buildings will allow you to profit from enemy villages or prepare them for a future offensive. You can build them in any enemy village as long as you meet the Authority and Solari requirements. Players cannot remove Smuggler buildings from their village or learn about their existence. 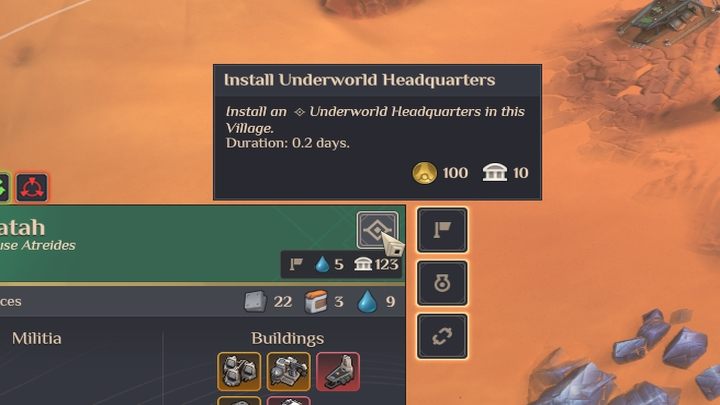 It allows you to erect buildings on three slots (200 Solari each): 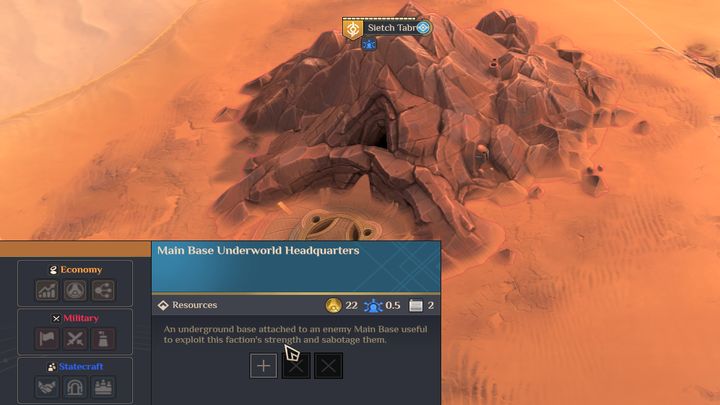 Additionally, when reaching the threshold of 10,000 points of Hegemony, you will automatically establish headquarters in enemy Bases and gain a little income from them. You can increase your income by building structures, just like in the case of regular underground quarters - each building costs 2000 Solari and 200 Intel. List of Quarters buildings in the bases:

Below is a list of the available military units of the Smuggler faction that you can recruit, along with a description of their characteristics:

An aerial unit that can become the target of the enemy. Drones are as slow as infantry units, but they ignore uneven terrain (can fly over rocks) and have large supplies. Features:

The strongest unit of Smugglers, but it is not worth building an army consisting only of them. Features: