In this section of our guide we explore and explain characteristic features of the Harkonnens faction in Dune Spice Wars. You will learn what their strengths and weaknesses are and what sort of victory options are the easiest for them. Also, we have prepared an overview of their units, faction bonuses and councilors.

Playing as Harkonnen is not that difficult, but if you want to bring out the potential of this faction, then you should know the basics of their gameplay. They have a lot of micromanagement features, which may turn out troublesome when you fight on multiple fronts. The latter will be inevitable, especially when you want to undertake rapid expansion.

This is a pure military faction. They're also good at intelligence and espionage. One of their most important resources is Manpower - both for the production of military units, and due to their Oppression (faction trait) ability to increase the rate of production and construction speed.

A victory by Domination - this is their main goal. However, due to the good Espionage and Intelligence, they can also try to use Assassination by lowering the Hegemony of their enemies. Due to their moderate Landsraad Standing they may also try to apply for the Dune's Governorate. It is worth choosing the direction in which you want to play the game from the very beginning.

House Harkonnen has the following bonuses: 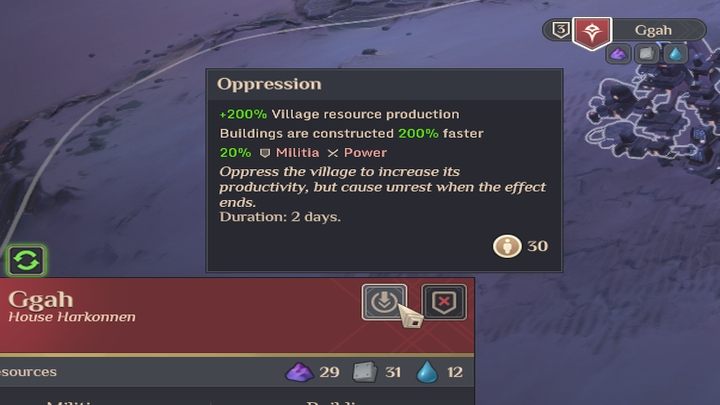 House Harkonnen has the following Councilors to choose from: 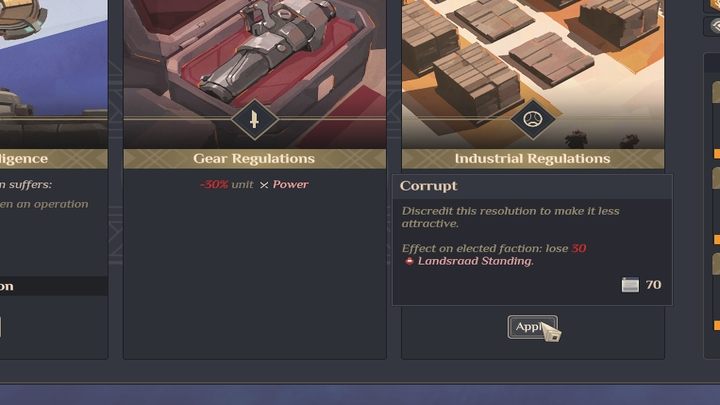 Below is a list of available Harkonnen military units that you can recruit, along with a description of their characteristics:

An aerial unit that can become the target of the enemy. Drones are as slow as infantry units, but they ignore uneven terrain (can fly over rocks) and have large supplies. Features:

The strongest unit of the Harkonnen. Features: