The Sandworm is a monster that can be encountered in the wastelands of planet Dune in Dune Spice Wars. On this page, you will learn how to avoid Sandworm attacks and how to protect your troops and Harvesters from Sandworm attack.

What is a Sandworm? 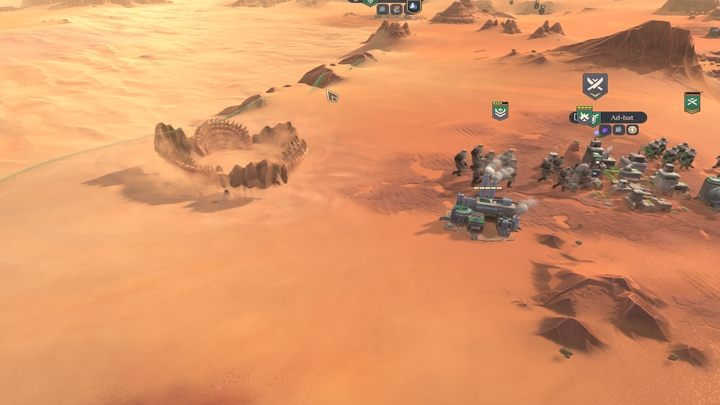 The Sandworm appears randomly in different places on the planet. It eats your Harvesters and units. You will be informed by a message - in the upper left corner - about its appearance. In addition, units at risk of attack will have a red exclamation mark visible above their heads. 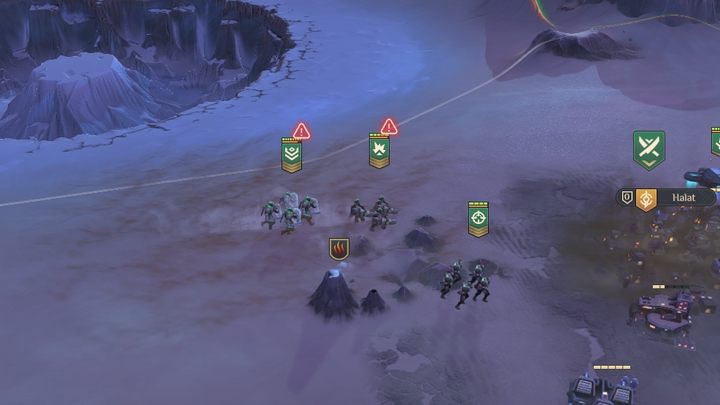 The area that is under threat from the Sandworm's attack is easily visible due to rippling sand. Remember that even if you run away from the sand zone, returning too quickly to the endangered place will immediately trigger a Sandworm. 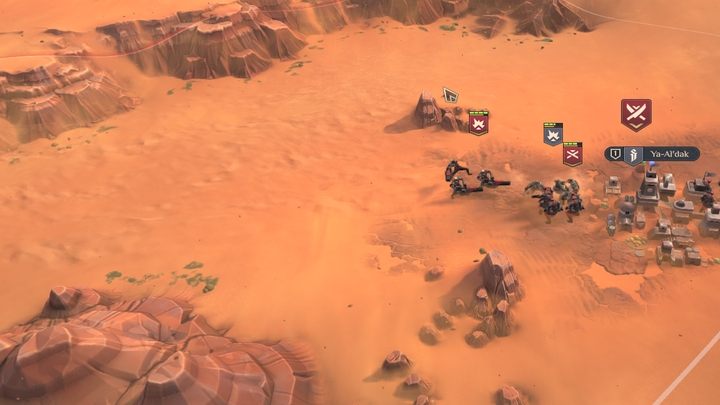 Visible moving sand means that entering the area will immediately summon a Sandworm.

How to protect yourself from a Sandworm? 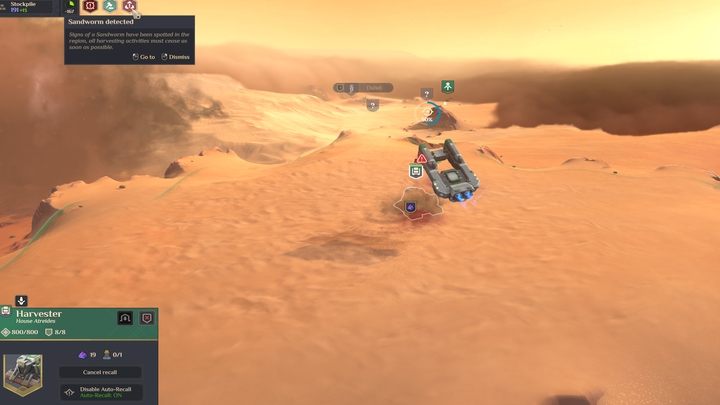 To protect yourself from the monster, you must move the army outside the threatened area, and recall Harvesters to the Refinery - click on the vehicle and select Recall. You can use the Auto-Recall option, thanks to which your Reapers will be automatically taken from the place of danger. However, this results in a loss of 5% of the harvested Spice. However, you have to be careful to direct them back to collecting the spice by yourself. Don't do it too soon - only when the rippling sand disappears from the Harvester's work area.