This page of the guide to Dune Spice Wars describes how to get Authority, how to use it and explains why said resource is so important in the early game. 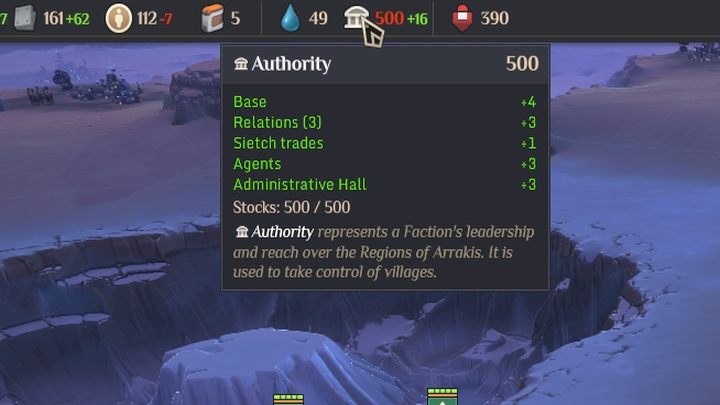 You can use Authority to expand your territory and stabilize the pace of the game. Each subsequent town you take over costs more water and Authority. Your base authority gain is +4, but this value can be increased by: 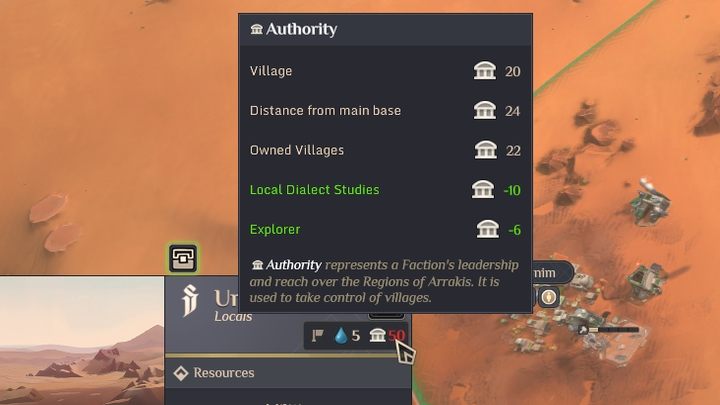 The Authority cost of taking over towns depends on several factors:

Many research projects and base buildings can reduce these costs. Increasing Authority is difficult, so make use of all possible opportunities. Two research projects from the green research tree can lower the cost of annexing villages:

An Authority deficit reduces your Manpower production by half and causes Unrest to arise in villages. This can lead to Rebellions. 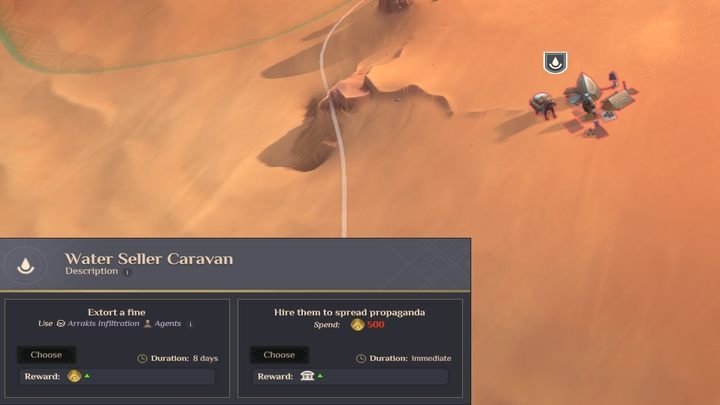 One of the Points of Interest (PoI) - the Water Seller Caravan - can provide you with Authority in exchange for 500 Solari. Making the trade should grant you around 50-100 Authority. This is a great early game PoI, as it lets you annex new villages faster than your opponents.