This part of our guide explains what are the Hegemony points and what they do in Dune Spice Wars. You will learn how to earn points, what they are being awarded for and what sort of influence they have. You will learn the differences of obtaining them for individual factions and how you can win the game through Domination by using Hegemony points.

How to get Hegemony points? 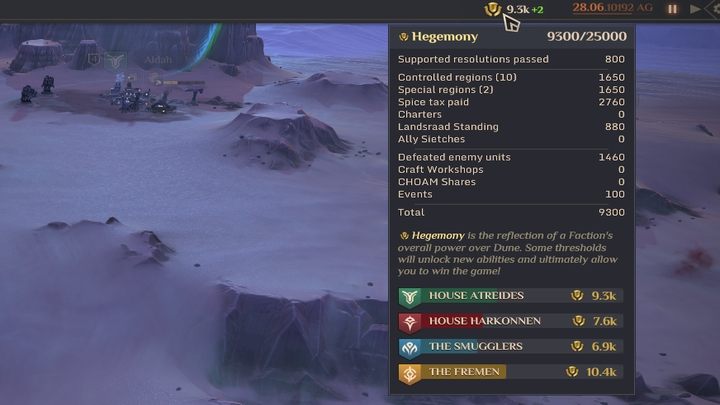 Hegemony - defines faction strength in form of points. The maximum value is 25,000 and can be a condition for winning the game . Hegemony points are influenced by: 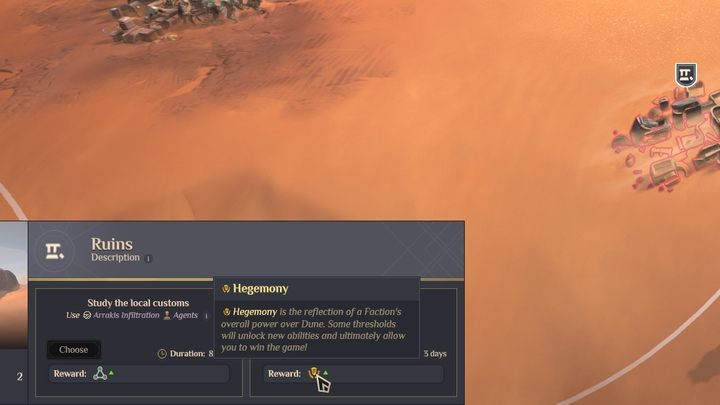 In addition, each faction receives additional points for its typical behavior, this is the first item on the list of points:

In summary: you can earn points for military, economic, commercial and political activities. Each faction has different traits that will allow it to quickly gain Hegemony points.

What are Hegemony Points for?

To check the faction bonuses, just click on the faction leader icon in the upper left corner to see all bonuses (of your own and of your opponents). 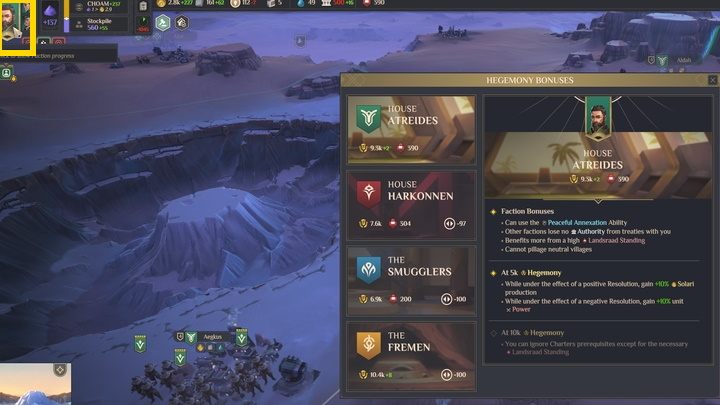 At this point, two important things should be mentioned:

If your faction or your playstyle does not lead you to Hegemony point dominance later in the game, it is worth considering other ways to win.