In this section you can read which missions are available to players and individual factions in Dune Spice Wars. You will learn how much specific missions cost, what their effects are and which are worth using.

A description of how the Espionage works and how tasks are being assigned can be found on a separate page of the guide: Espionage and operations .

Automatically unlocks all the Region's Points of Interest. 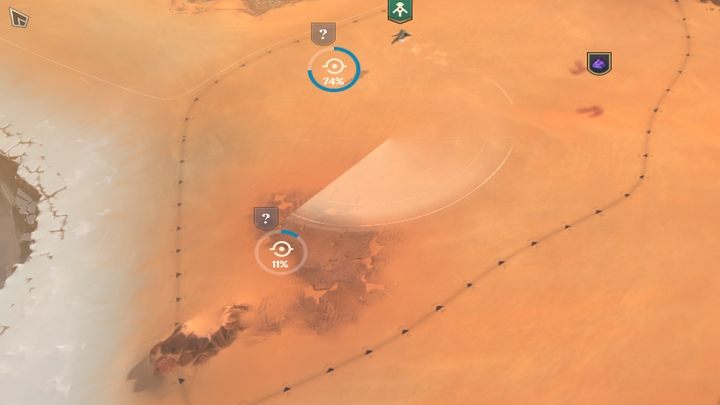 When used in a specific location, all question marks are revealed and examined in the same way as if they were discovered by an Ornithopter.

Increases the consumption of the enemy's Supplies and prevents them from regenerating Health. 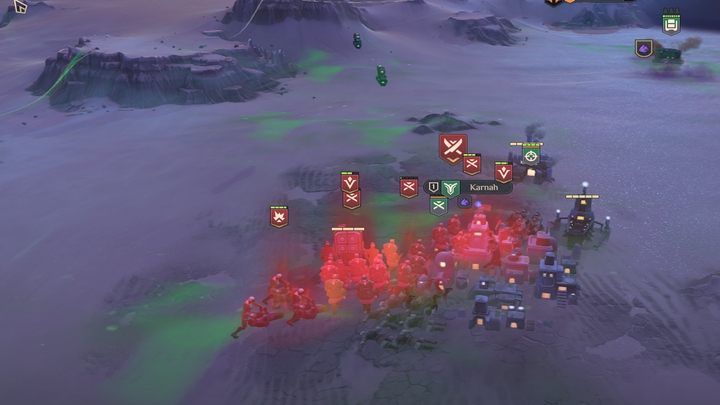 The most effective method of defense in the early stages of the game. Unless you allow the enemy to launch a siege on your base, they will lose their Supplies faster, which can lead to their death or retreat.

Hint: when the enemy storms your city, you can use Poison The Reserves and Cease Fire - if enemy fails to start fighting in the village and besiege it (then he will receive supplies from the village), he will be forced to retreat.

Reduces the power of enemy units by 20%. Use in battles, but you can also use them when the militia has to defend themselves against a rebel attack.

It allows your units to recover Health and Supplies. Use it during fights and when wandering through rough terrain / over long distances.

Allows you to steal half of the produced resources from the selected enemy region: Plascrete, Solari and Spice. The key is to select the correct region.

(Atreides only) Allows you to cancel the Freemen raid and improves your relations with the Sietch. 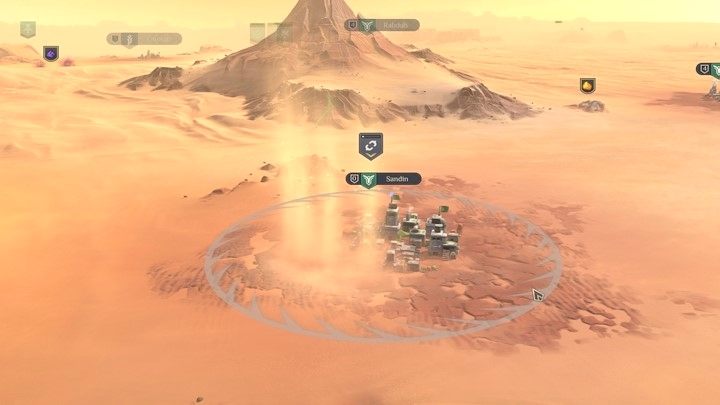 The enemy army will disappear immediately after using an operation. Even if your city is besieged. However, this will not affect the number of rebels in the Sietch. Using the operation improves the relationship with the Sietch, from which the rebels were recalled by 20 points.

It reduces the cost of annexing a neutral village for you and increases these costs for other factions. It's a key to gaining control of strategic positions and encourages the liberation of villages into the neutral state.

Hides units for 2 days (one minute), allowing for an unexpected attack.

It causes your combat units in the region to lose Health every second, but they cannot die. It is a powerful tool to win a clash even while having weaker military power. In addition, while the effect lasts, their Power and speed of movement increase.

It allows you to stop all fights ( including rebels) in the selected area. Stops the progress of a village siege / pillage. It is worth combining it with Poisoning The Reserves as long as the village has not been under siege. 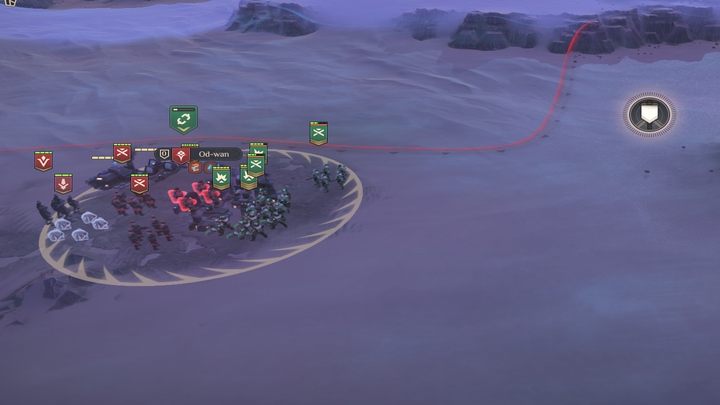 The action of this operation covers the entire region. It prevents units from fighting each other, but allows them to move freely in the area. If used while capturing a city, the progress bar will stop, but the siege will still continue. Cease Fire can also be used to defend neutral areas or to stop a fight between two enemy factions.

Note - Cease Fire only applies to the selected region. Units out of bounds with range (shooters, missile cannons) can still attack targets inside the Cease Fire zone.

This is a key operation if you want to defeat the faction by destroying its Base. Interestingly, the operation also works with Atomic Bomb.

This operation ignites a revolt in the selected village. It causes the village to stop producing resources and causes a passive state until the rebellion gets quelled.

Of course, we are talking about villages occupied by enemy factions, not neutral ones. You can support the crowd of rebels by fighting the enemy faction to complete the operation. During this time, you are not attacked by rocket launchers. So you can take advantage of rebellion in many ways.

However, if you have personally defeated the rebels, you will simply complete opponent's goal - the village will return to the enemy faction with the buildings and militia that were previously stationed there.

A remote nuclear weapon with a fast reaction time, destroys everything in the region (villages, units, damages the base). Causes a loss of 200 of Landsraad Standing. 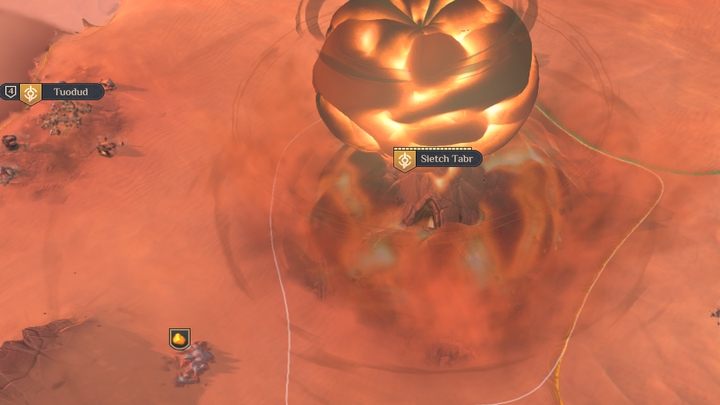 The bomb deals 4k points of damage. It can be combined with Defense Sabotage to devastate an enemy base (6k damage). In addition, it destroys any army in any region - including all units in that area. Of course, villages will be "reset" and cannot be used for a few minutes.

Buy the shares to get 500 points of Hegemony. A powerful political weapon for the rich.

Political Audit (not available to Fremen)

Adds 30 points to your Landsraad Standing.

Quite an important factor for factions that want to improve their Standing and the benefits associated with it (Heads, more Solari for exchanging Spice) or especially when they want to apply for the Landsraad Charter.

This operation is used to assassinate the leader of the selected faction.

This is the most difficult operation available. It consists of three stages, with the last stage (proper assassination) having higher requirements: Infiltration of Arrakis 3 and Infiltration of a selected faction 3. Additionally, the Cost is increased: 1k Intel, 5k Solari. To make matters worse, you must have resources in case of the possible failure / complications during the mission. Otherwise, your agent, and even some of them, may be captured by the enemy.