Here you can read about trading and exchanging resources in Dune Spice Wars . You will learn what the rules are for trading, if everyone offers the same trade amounts, how to make a treaty and how to exert Military Pressure.

The basic form of trade is based on the exchange of resources:

To start trading, open the window by clicking on the faction representative icon in the upper right corner of the screen. The basis of trading is reputation - the higher it is, the better offer you can get, but it is not the only determinant. Demand has more power. 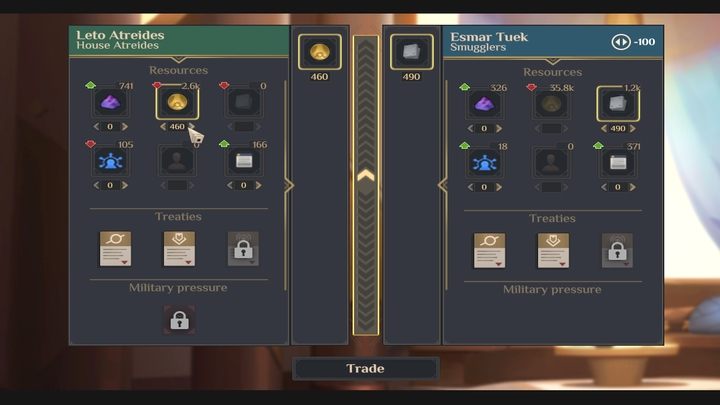 To trade, simply move the arrow keys under the resource icon and choose a different resource on the side of the other faction. Balance is represented by the arrows in the center of the screen. By offering a better offer, you have a chance to slightly improve your reputation, but mostly a better chance for your opponent to accept the offer. At the basic difficulty levels, however, it is rare for counterparties to decline when at least one yellow arrow indicates a balanced trade.

Not everyone has the same prices! Compare the screenshots at the top and the bottom, where the price difference is almost 5x. This is due to the individual demand of the faction and the supply. In case of large transactions, make sure that someone is not trying to trick you. 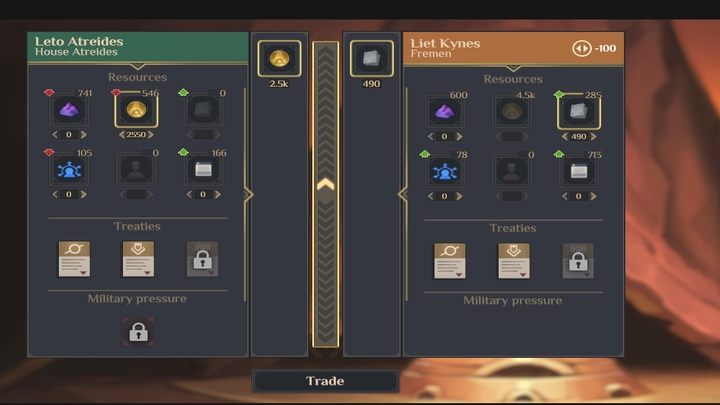 5 Solari for 1 Plascrete is definitely not a good deal. 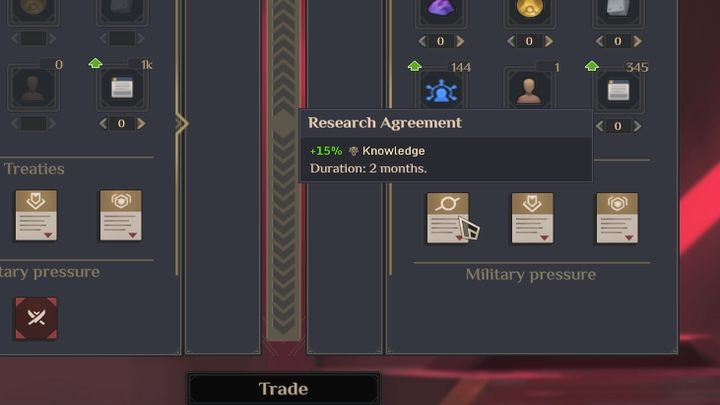 You establish treaties in the trade window. The contract is always mutual and lasts for 2 months. There are 3 types of treaties:

You can make several deals with one faction, but you can make the same deals with other factions as well. This way you can increase the Solari's income and research speed by 45%. Usually factions willingly enter into treaties, but this is not necessarily the case. 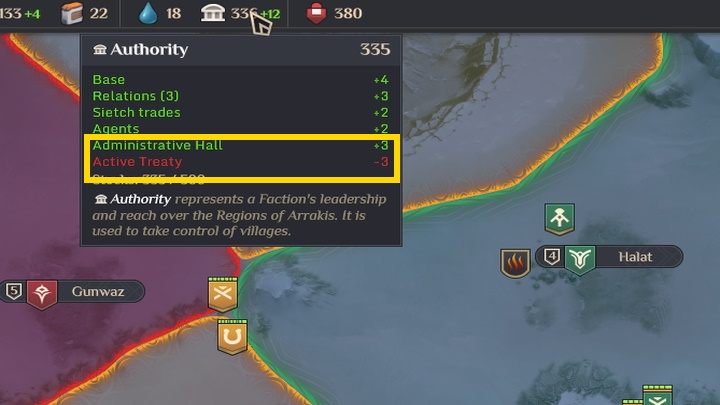 However, you must know that each active treaty reduces the income of the Authority by 1 . The only exception is when you make treaties with the Atreides - then you don't lose Authority . Also, keep this in mind in the early stage of the game, where Authority income is low and you need it to capture other villages. 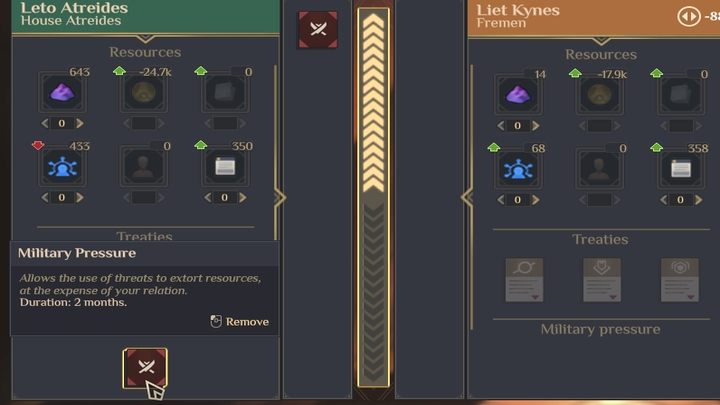 Military pressure is a special skill that you can unlock by doing research in the Military tree (red). It allows you to put pressure on the faction to get a slightly better offer. It's not something that will make you much richer though - the skill isn't very powerful. However - this treaty allows you to keep the enemy away from you, because breaking or violating the treaty will end up with a penalty. 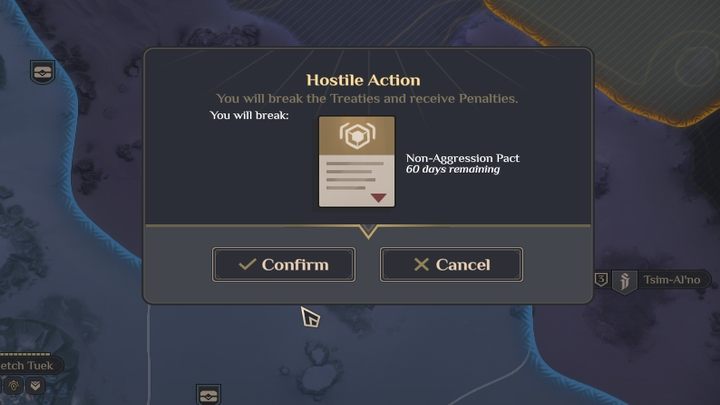 Violating treaties - Open borders agreement and Military pressure may have serious consequences. These are the only forms of defense that effectively keep enemy factions away from attacking for a long time. The penalty is the loss of approx. 200 Landsraad Standing , which will reduce the Hegemony Points, that is, number of Votes and an optional bonus to trade with KHOAM at high rank. However - Fremen do not belong to the Council and Smugglers only from 5k points of Hegemony. Therefore, they do not necessarily have to maintain a fragile alliance. 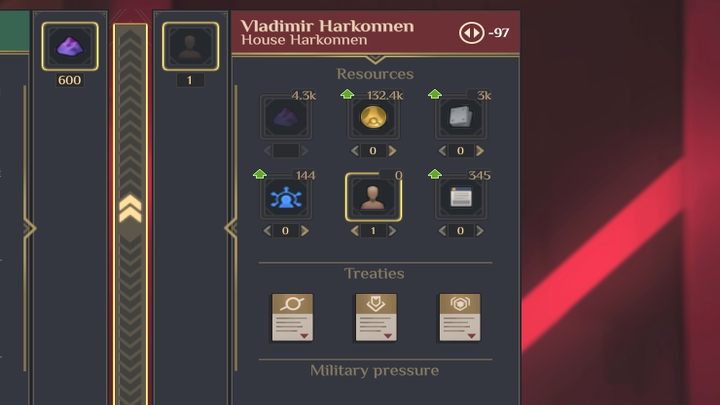 During difficult sabotage missions, your agents may be captured. Especially in activities such as assassination attempts where you could lose even more than one agent. After time, there is a chance that they will escape from hostile captivity on their own, but you can also buy them out or enable the buyout for another faction. Agents are valuable, so such a transaction can be very expensive.