On this page you can learn how to trigger Dune Spice Wars via agent actions (missions / operations). You will also learn how to suppress a rebellion, what its effects are, and how to prevent it without leading to the Unrest status.

The outbreak and the consequences of a Rebellion

Rebellion can arise in almost any of your cities. Its main cause is the lack of water . If it holds out for an extended period of time, then unsatisfied inhabitants will revolt. When a rebellion occurs, the city will appear on fire. You will receive an appropriate notification about that fact. The village in this state tends to neutralize - if the rebellion is not suppressed, the city will return to a neutral state, that is, it will not belong to any faction. During the riots, the city is unproductive and the Harvester does not operate at all . 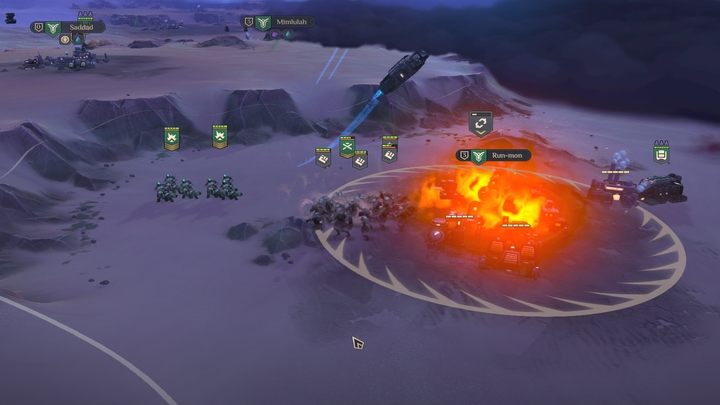 To suppress a rebellion, simply eliminate all units that will appear in front of the village. However, these are not your militia units, but armed residents, so defeating them will not be a challenge. Everything returns to normal when order is restored. The militia units that have been stationed in the city won't disappear .

You can also take advantage of the fact that during the rebellion, the hostile Rocket Batteries do not function. 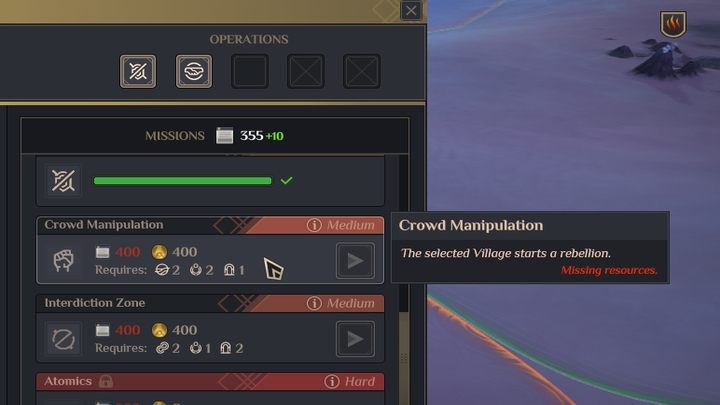 To independently cause a rebellion in an enemy village, you must use the Crowd Manipulation mission. It is not the cheapest operation, but its effects can also be devastating. 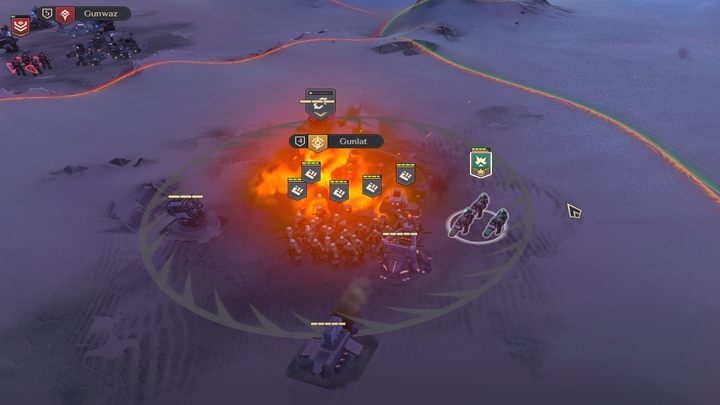 In addition, you can help the rebels so that the enemy does not take over the city again - this way, almost without a fight (or with a small amount of it, depending on the chosen target) you can neutralize an enemy village that is a strong military point, a special region or even a resource farm.

If you attack the rebels in not your village and defeat them, then the city will return to enemy control.