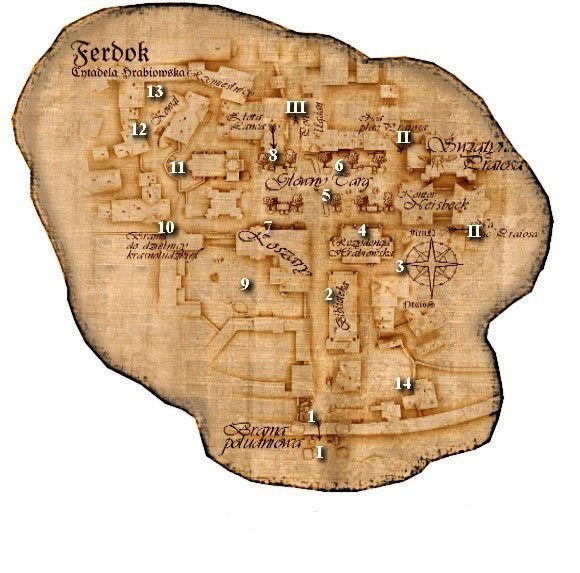 3. Dwarven triplets - they have a game to offer - they stand in a row and then start running around for some time after which you most point to the one that stood in the middle. The stake is 1 Ducat, and you can double it by winning. You'll always win the first game and always use the second. After losing use Human Nature on them and tell them that you know they're cheating. The Triplets will admit they weren't playing fair, give you your money back and promise that they won't be playing like that anymore.

8. Golden lance - the inn is closed for now and will open after completing one of the quests in sixth chapter

10. Gate to the dwarven district

11. Dishonest Otto - he sells animals you can then place in your residence.

This site is not associated with and/or endorsed by the THQ / dtp entertainment or Radon Labs. All logos and images are copyrighted by their respective owners.