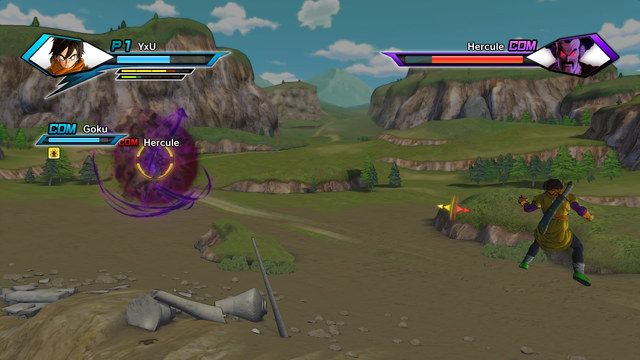 Some skills can be really useful

The player chooses skills that will be most effective for their specific style. However, some skills are worth seeing:

Change the Future - defensive skill. Enemy's Ki Blasts will turn to your advantage, even Ultimate ones. You'll teleport towards the enemy and attack him with a wave of energy. The attack won't deal much damage, but it is safe for you.

Quick Sleep - Exclusive for Majin race. It allows you to fall asleep in order to regenerate your health.

Energy Charge - a useful technique that allows you to recharge your Ki. It has two powerful upgrades: Full Power Charge and Maximum Charge.

Gravity Impact - a skill that you'll get from Cell while being his student. It pushes the enemy (or a group of them) backwards, dealing medium-low damage. It's unique because it can absorb some of the damage from the enemy's attack. It can be used as defence against weak Ki Blasts.

Wall of Defence - this skill comes in handy when you have to protect a weaker companion. It makes you teleport towards the enemy and make him focus on you, while protecting the ally.

Super Drain - grabbing the enemy, taking some stamina from him and giving it to yourself. It deals minor damage and it throws the enemy back.

This site is not associated with and/or endorsed by the Bandai Namco Entertainment or Dimps Corporation. All logos and images are copyrighted by their respective owners.