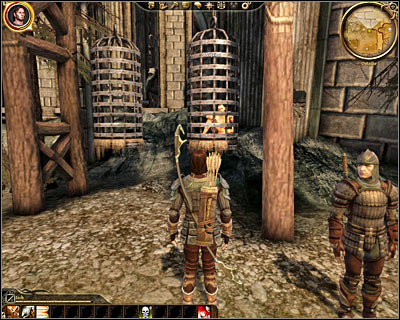 Description: A hungry deserter is being held in a cage (M25, 10) and the best moment to talk to him would be after fulfilling both quests for Duncan but before venturing to the Ishal tower. Naturally you can offer your assistance during your conversatrion with him to deliver food and water. I would recommend asking him a few additional questions about why he was imprisoned in the first place and you'll find out that he's carrying a key to a special chest. There are two ways of obtaining the key - you can comply to his wish of finding food or water or you can kill him by choosing a certain dialogue option. If you decide to kill him you'll be stopped by one of the guards, but you won't have to deal with any repercussions (he would let you go without any penalties). 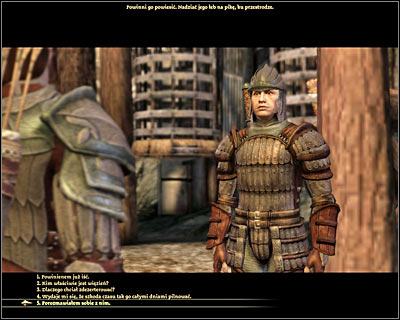 If you've decided to help the prisoner you can now talk to a guard standing next to his cage. There are two ways of you getting your hands on food and water - you can give the guard 10 silver coins or you can rely on persuasion skills. Either way must acquire a key to mage's chest from the deserter. 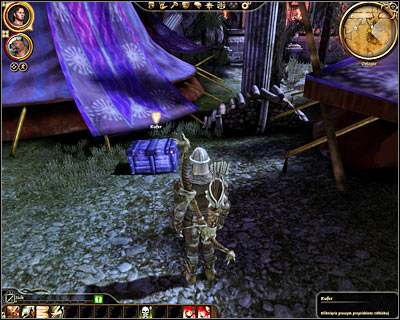 A chest can now be opened and it can be found next to the stairs where one of the mages was standing (M25, 11). Notice that he won't leave his post and he won't allow you to touch the chest until you've completed both quests for Duncan and passed the ritual. This is why you should wait with this quest instead of starting it soon after your arrival. The chest will contain a lot of useful things, including medical supplies, mage's robe and gold.