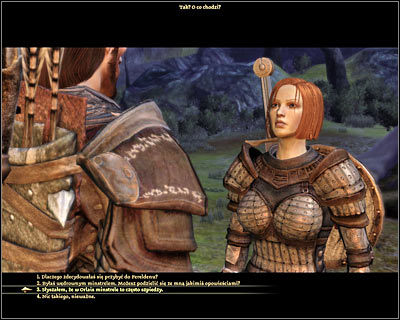 Description: Leliana's quest is among the most difficult ones to unlock, because you'll have to develop your relationship with her in a right way. Basically you'll want to find out the details from her past and you'll have your first chance to do that right after leaving [Lothering] and arriving in the [Campsite]. Start off by asking her a following question - What would someone like you be doing in Lothering's Chantry?. Next questions aren't that important and once the conversation has ended instead of talking to her again develop your relationship with her by choosing good solutions to quests or giving her presents. Achieve somewhere around 30 approval points and then talk to her (during your stay in the campsite, naturally). This time you should say that you've heard of minstrels from Orlais being often spies. End the conversation and leave the camp by travelling to the nearest location. Return to the camp and Leliana should automatically initiate a new conversation with you, apologizing for lying to you and explaining some things from her past. You'll find out about the existence of Marjolaine and that she is being hunted in Orlais. 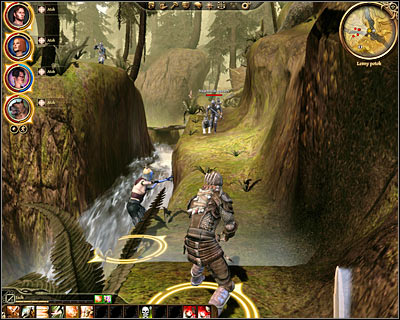 Leave the campsite again and decide to travel to a different location in order to trigger a new random encounter. If you've done everything according to the plan you'll end up on a narrow path located close to a creek. Qunari warriors will attack your team, but assuming you've advanced a few levels since your first visit to [Lothering] you shouldn't have any problems killing them. Instead watch out for a witch capable of casting powerful spells. Kill her before moving forward and don't forget to heal your team members to avoid any of them falling in battle (especially if Wynne is not your ally just yet). Head forward, but don't forget to disarm a trap located close to a wooden bridge. 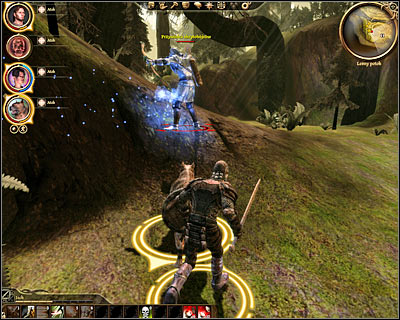 After you've dealt with standard enemy units you'll also have to get rid of a mini-boss carrying a bow - Assassin leader. The idea here is to injure him badly so that he'll surrender and you'll start a new conversation. During this interrogation you'll find out that someone from [Denerim] has ordered the hit and this is when the quest will officially appear in your journal. You may now finish off the assassin or let him go. 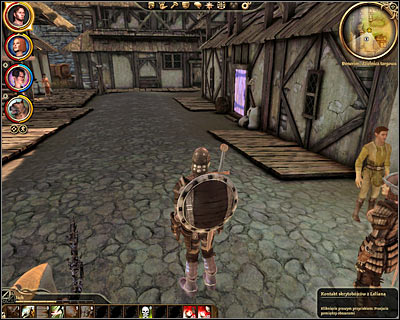 I wouldn't recommend going to [Denerim - Market district] with hopes of finishing this quest until your team has risen in strength, because one of the possible solutions will be to attack a large group of powerful enemies. If you feel like you're ready go to the city and click on a door found close to the arrival zone (M64, 22) to travel to [Denerim - Market district - Marjolaine's house]. Here you'll have to defeat two qunari warriors. SAVE YOUR GAME before going to the next room! 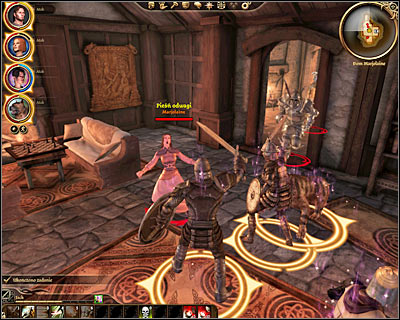 Marjolaine will be waiting you in the largest room of her house and you'll have a chance to talk to her. This conversation has two endings - you can either convince Marjolaine not to bother Leliana anymore and to leave the kingdom in peace or you can provoke Leliana to attack Marjolaine. Bear in mind that if you choose the battle Marjolaine won't be your only problem. Aside from her (she's a powerful boss) you would also have to deal with two qunari mercenaries and two adventurers (there are traps leading to their rooms!). Either way don't forget to explore the house after the battle and you'll have a chance to collect a unique armor, Marjolaine's bow and a rune.