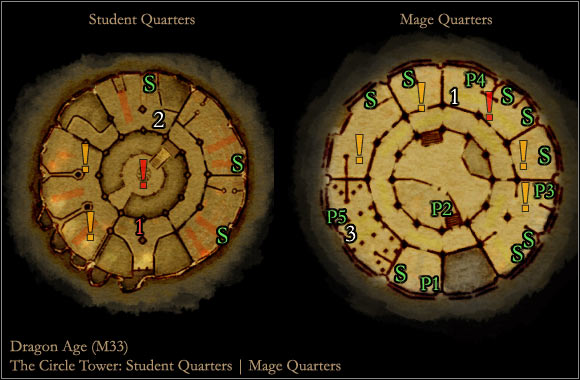 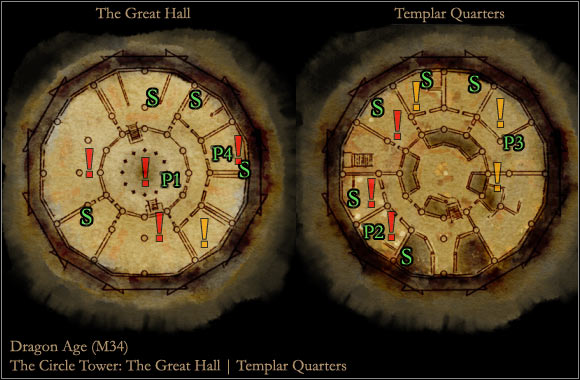 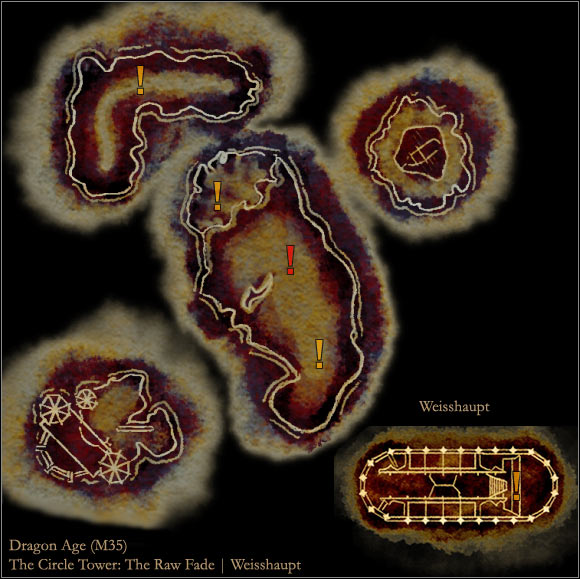 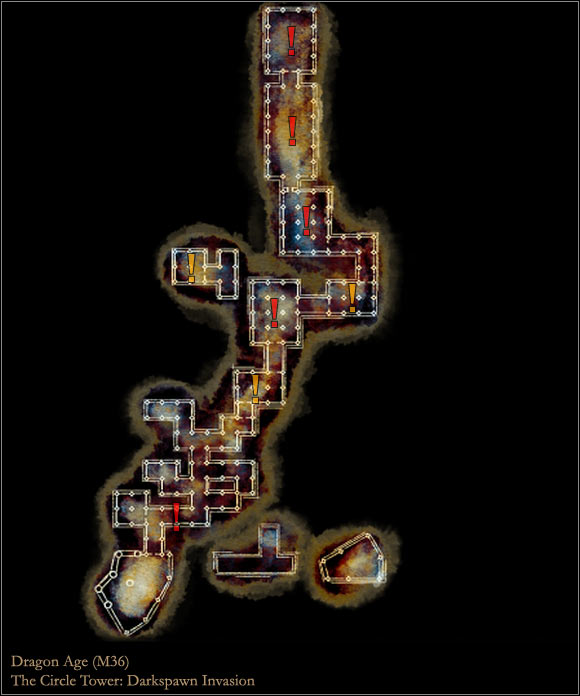 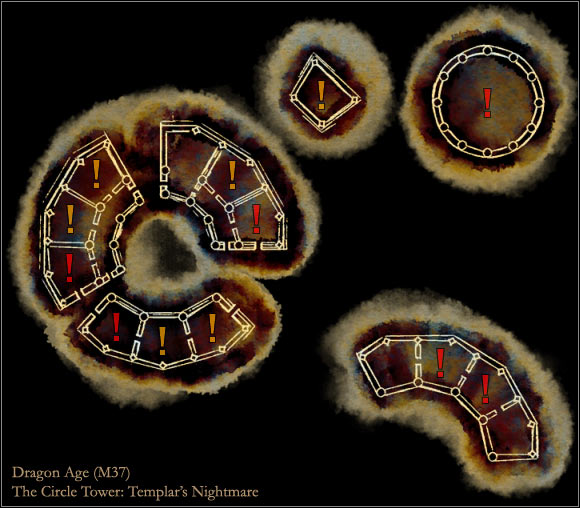 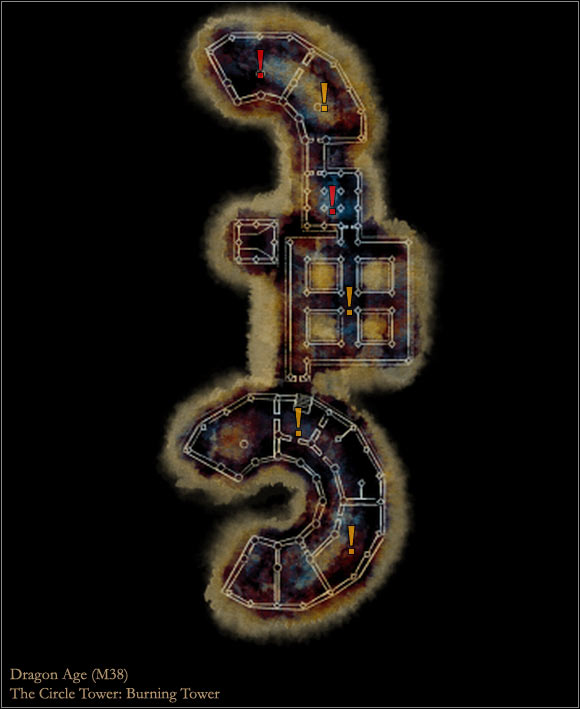 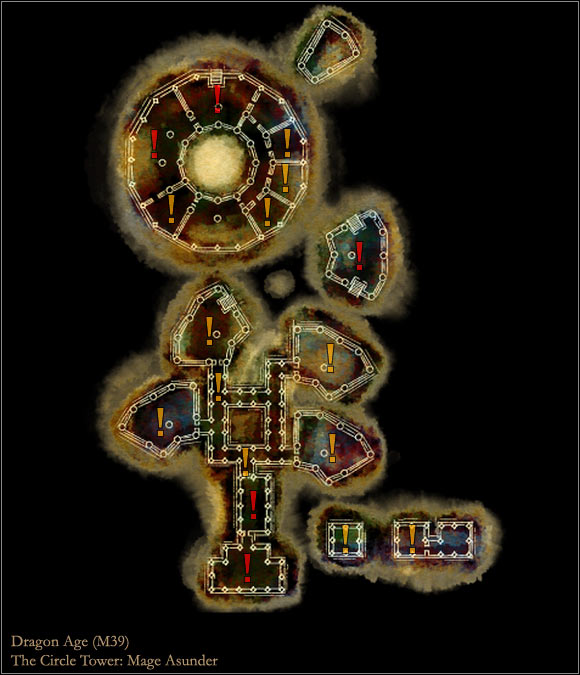 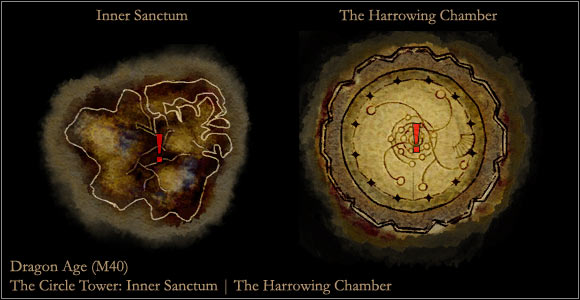 - You should be able to find a large closet in one of the rooms in [The Circle tower - Mage quarters] (M33, 1). Eliminate all nearby monsters and then click on the closet so that you'll have a chance to meet a cowardly mage Godwin.

- Click on a destroyed statue found in [The Circle tower - Mage quarters] (M33, 3). You're going to be attacked by a very powerful revenant if you decide to take a vial.

- Wynne will stop you once you've entered one of the larger rooms in [The Circle tower - Student quarters] (M33, 2). Make sure not to upset her by telling her that you plan on killing everyone found inside the tower. Instead agree to her offer to join your team. She'll ask you if she can become a permanent member after you've defeated the main boss at the top of the tower.

- Quartermaster [The Circle tower - Student quarters] (M33, 1) - make sure to buy all the things you need BEFORE you enter the tower for the first time, because you won't be allowed to return him until you've defeated Uldred