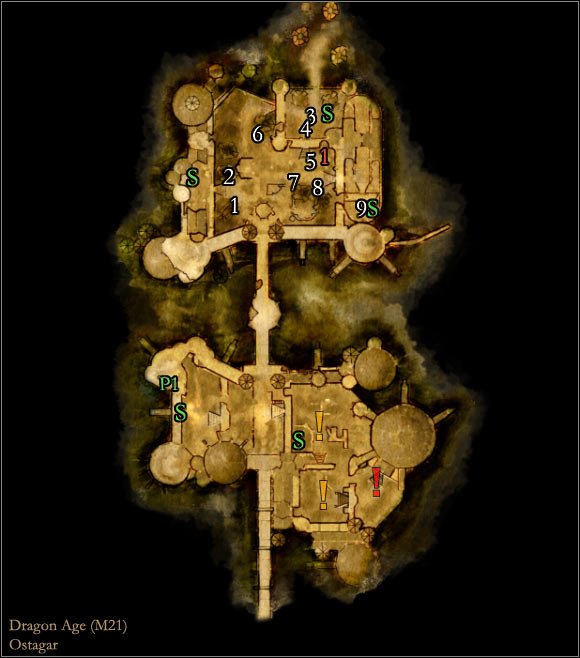 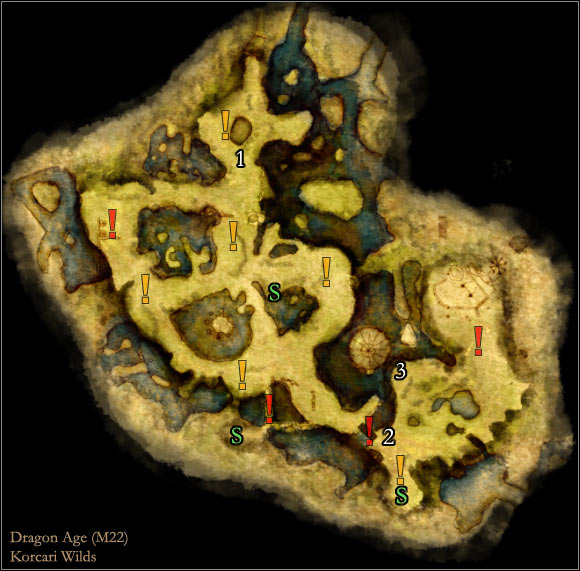 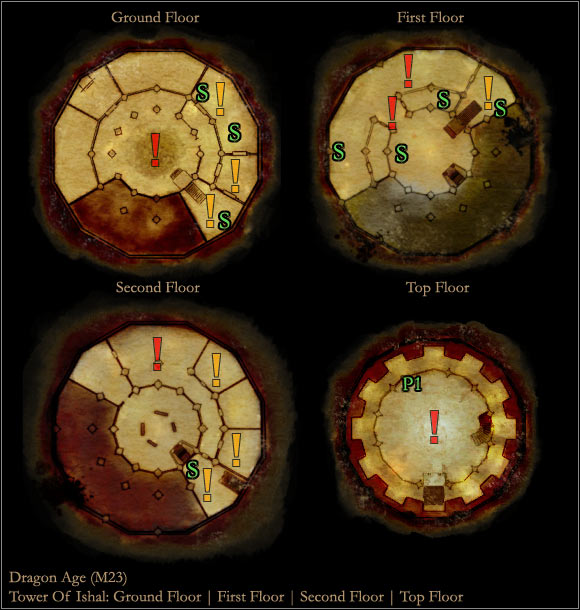 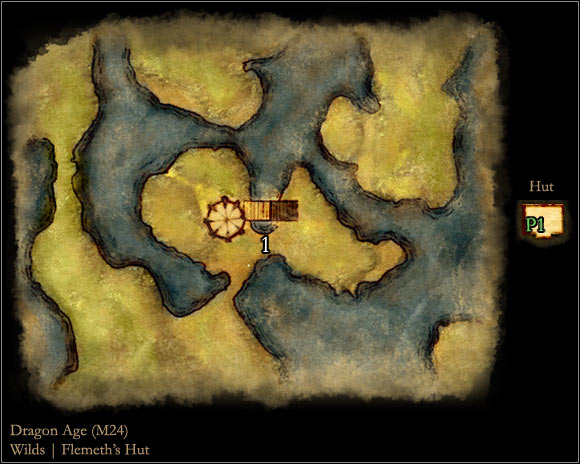 - A royal guardsman will be standing next to king Cailan's tent in [Ostagar] (M21, 1) and you can use persuasion to convince him to tell you interesting anecdotes about the king.

- Loghain's guardsman will be standing next to Loghain's tent in [Ostagar] (M21, 2) and once again you'll have a chance to use persuasion. In this case not only you can receive additional info on Loghain but you can even be granted an audience with him.

- Duncan will tell you that you're not the only person trying to become a Grey Warden. Two other candidates are Jory (M21, 4) and Daveth (M21, 5) and they can both be found in different areas of [Ostagar].

- Leader of the ash warriors can be found next to the dog kennels in [Ostagar] (M21, 6) and he can share the information on his clan if you're willing to hear his story.

- Wynne (M21, 7) can explain what Fade is and she can talk about the Black City.

- The Silent One (M21, 8) is a valuable source for information when it comes to enchanting items. 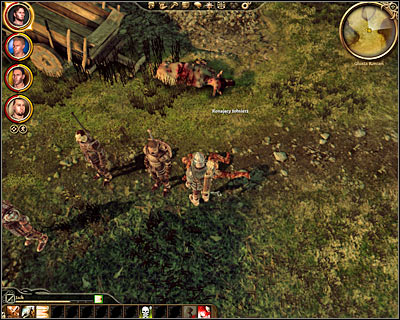 - During your time spent in the wilds explore a large clearing located to the south of the starting area and you should be able to encounter a dying soldier (M22, 1). Naturally you'll be allowed to choose how to respond to this situation - you can heal him yourself, ask Alistair for assistance or finish him off, knowing that he wouldn't make it anyway. Be careful, because if you choose to eliminate him you'll only make Alistair angry at you. 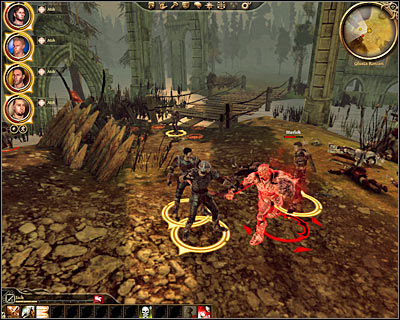 - Check the area near the wooden bridge found in [Korcari wilds] (it's the same area where you had to defeat a hurlock emissary). Locate a dead soldier (M22, 2) and check his body to find two items - a pouch of ashes and a fragment of a book explaining local myths and legends. 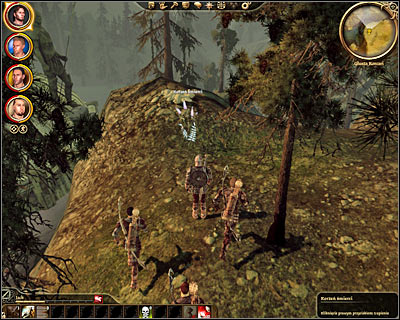 Once the pouch is in your possession travel north but remain close to the river bank. Find a pile of rocks (M22, 3), click on it and confirm that you want to open the pouch. Doing this will result in a powerful creature called Gazarath appearing nearby. If you do manage to slay this beast check its remains and pick up Enchanter's footing (unique mage boots).

- Alistair can be found in [Ostagar] (M21, 9) and he will automatically join you once you've started one of the main quests - Joining the Grey Wardens. Notice that he will remain in your team, even though two other participants of the journey to the wilds (Jory and Daveth) won't.

- Morrigan will join the team after you've finished the last quest in [Ostagar] - Tower of Ishal. To be more precise - she'll be asked by her mother in [Flemeth's hut] (M24, 1) to set off on a new journey along your side.