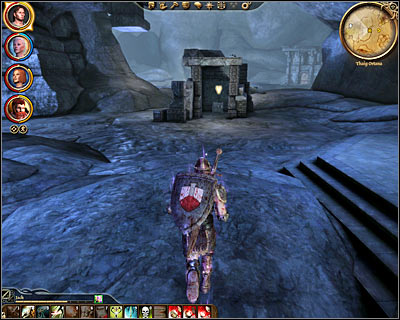 Description: Orta (M53, 2) will ask you to find some kind of records about her lineage and you won't be allowed to resume this quest until you've unlocked [Ortan thaig]. Explore the central area of the map (this is where you might have encountered Ruck and the spiders from a different quest) and be ready to defend yourself against the ghosts and the golem. Once it's safe find a chest (M57, 6), open it and collect house Ortan records. You can now return with the documents to Orta (M53, 2). Give her the chronicles and agree to meet with her in [Orzammar - Diamond quarter - Chamber assembly] (M53, 8). Orta will want to give you a reward and you can choose between gold and receiving her support during the upcoming election. I would also recommend visiting her again after a new king has been elected, because she'll give you additional 10 gold coins.