Received from: automatically after collecting the first drake scale [Ferelden] 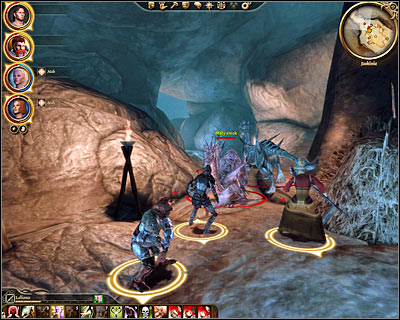 Description: This quest will appear in your journal after you've successfully collected the first scale of a small dragon (aka drake). The only area to find these creatures is [Ruined temple - Caves] (M62, 6)(M62, 8) and you'll be exploring the caves while trying to complete one of the main quests (Urn of Sacred Ashses). It's best to collect six scales by defeating all the drakes. Once you have these items in your possession go to [Denerim - Market district - Wade's emporium] (M65, 12). 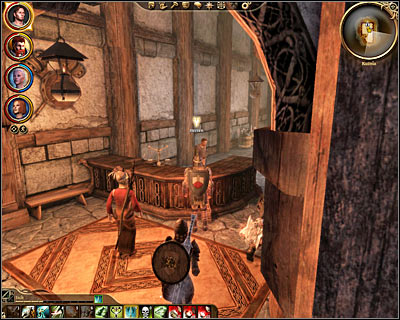 Once you've arrived at the emporium talk to Herren, however Wade himself will soon join the conversation. Inform the blacksmith about the fact that you've found the scales and he'll promise to make an armor for you. Notice that you can ask Wade to work faster by giving him 10 gold coins. Make sure to go to the emporium during your next visit to Denerim and he'll have three items for you - dragon's skin gloves, dragon's skin armor and dragon's skill boots. You can now ask Wade to make a second armor, however this time encouraging him to work faster will cost you 20 gold coins. Return later on to collect identical items and to finish this quest.