Received from: automatically after receiving a note from the messenger [Denerim - Market district] 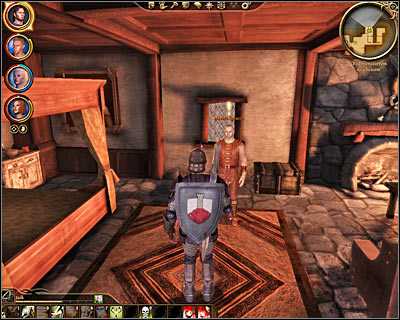 Description: There's only one way to activate this quest and that is to wait for the messenger to approach you after you've returned to the market district from one of your journeys. The messenger will give a note with the instructions on how to find the Antivan Crows. Go to [Denerim - Market district - Gnawed noble tavern] and check one of the guest rooms to meet Master Ignacio (M65, 6). He'll be the representative of the Crows. You can confirm that you want to cooperate with him or you can dismiss his offer. If you agree you'll find out the details of your first assignment. 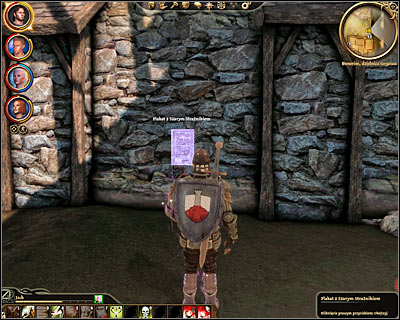 Exit the tavern to return to [Denerim - Market district] and inspect the western wall to find a poster with a Grey Warden (M64, 13). Read the note left on the poster and once it's been done travel to [Denerim - Pearl]. Here you'll have to approach the locked door (M65, 8). Knock on the door and tell the password (first dialogue option from the list). 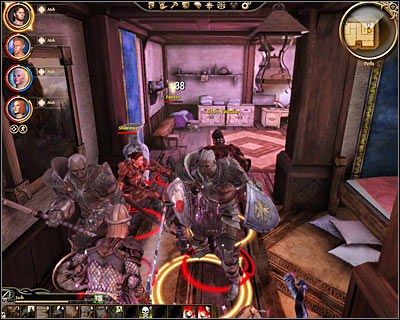 You may enter the guest room where you'll automatically trigger a conversation with Paedan and Shaevra. Ignore the fact that you can use persuasion during this conversation, because the only solution will be to defeat them in combat. Consider retreating to the main corridor once the battle has started, because the room is going to be very small. Once you've defeated all enemies return to Master Ignacio in [Denerim - Market district - Gnawed noble tavern]. Check the chest located behind him to collect two scrolls with new assignments. 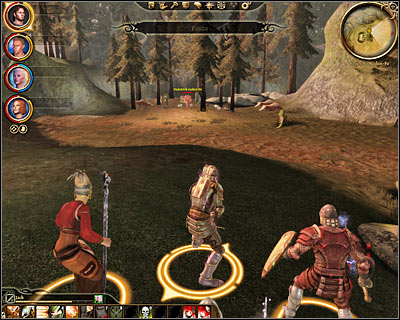 For the purpose of your next mission you'll have to leave Denerim and travel to [Kadan-Fe hideout]. Notice a lot of qunari standing near the fireplace and it would be a good idea to provoke them by attacking them from a larger distance (bow, spells). Watch out for two mini-bosses during the course of this battle and keep your archers and mages away from trouble. Once you've defeated the mercenaries return to Ignacio (M65, 6) to collect your reward. 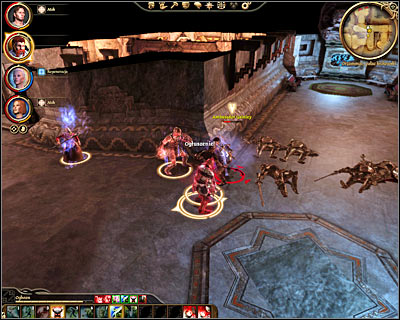 In order to get to your third target you'll have to travel to [Orzammar - Diamond quarter - Royal palace]. Notice that entering the inner area of the palace will be possible only after you've started one of the main quests (Paragon of her kind - Main quests category in the guide). Ambassador Gainley can be found in a large room in one of the corners of the palace (M54, 4). Before you take him out make sure to kill at least several of his bodyguards. Thankfully Gainley will be a weak archer, so killing him shouldn't be a problem. Once he's dead go back to Ignacio (M65, 6) and collect your reward (Precise reflex crossbow). 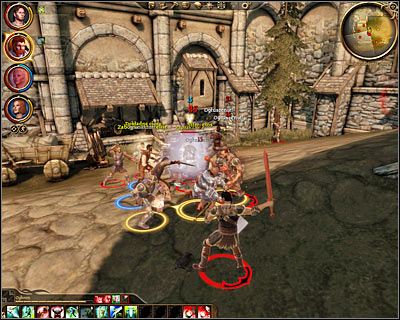 Talk directly to Ignacio instead of collecting a scroll to activate the last mission for the Crows. You'll find out that you'll have to assist in a ransom being handed over to a hostile party and that your job will be to murder captain Chase. Exit the tavern and choose [Denerim - Ransom drop location] from the city map. The battle (M69, 7) will begin as soon as you've approached men standing here and aside from the captain you'll also have to watch out for two of Howe's soldiers (mini-bosses). Start off by eliminating weaker opponents first and deal with the stronger foes once they're gone. 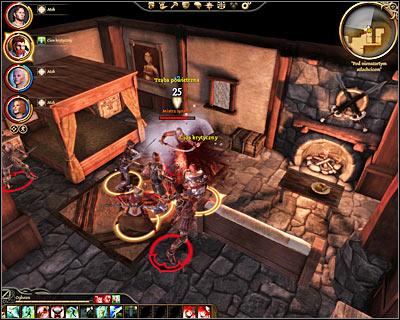 Make sure to examine captain's body after the battle. You may now return to Ignacio (M65, 6) and you'll find out that the ransom was never going to be dropped and it was only about you killing the captain. You can have your vengeance now by trying to kill Ignacio, however defeating him would be an EXTREMELY DIFFICULT task. Instead it's better to express thanks for working together. Don't forget to check the locker to collect Seekers of the Red Jenny. Ignacio will also promise to ask Caesar about lowering his prices for you and unlocking new items (M64, 14).