Received from: automatically after completing A village under siege quest [Redcliffe] 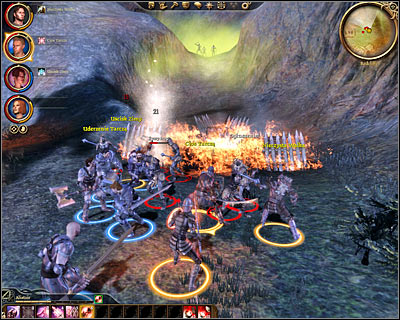 Description: This quest will begin with you standing in the eastern section of [Redcliffe] (M27, 19). If you've informed your allies about the existence of the oil the main path leading to the village will become a burning wall and that'll help you in defending Redcliffe against the undead. Wait for the zombies to show up and start attacking them. Make sure to focus on single targets each time instead of injuring random creatures. Thankfully the zombies won't pose a big threat and their attacks are going to be weak. 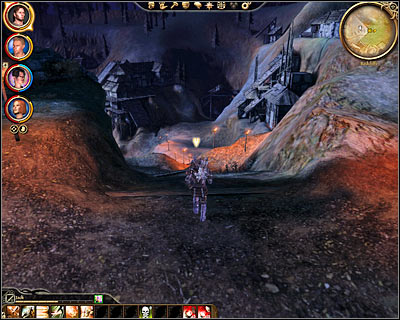 You'll have to deal with several groups of the undead, but thankfully you'll have plenty of time to heal before the next wave of monsters shows up. Keep defending this area until you'll be informed by one of the guards that more skeletons have been spotted near the water. Follow the guard to the main section of the village (M27, 20) and don't forget to heal your characters and to save your progress along the way. 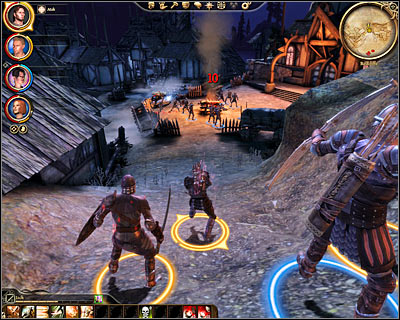 I would strongly recommend attacking the monsters seen in front of you from a distance. A nearby hill will do the trick, because you'll have a good view of the battlefield. Don't move too close to the monsters, because you would have been surrounded by the them in seconds. Keep fighting until all the undead have been defeated. The game will now display a cut-scene to inform you about your success.