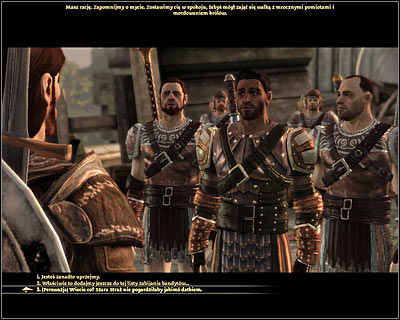 Description: As soon as you've arrived in [Lothering] (M25, 1) you're going to be stopped by a group of bandits and they will demand 10 silver coins before they'll let you through. You can now decide how to deal with this situation:

2) You can use intimidation to prevent them from attacking your team. In addition to that you can also use persuasion to demand money for letting them go.

3) Once you've found out what they're up to you can use persuasion to convince them that a poorly defended caravan is heading this way. 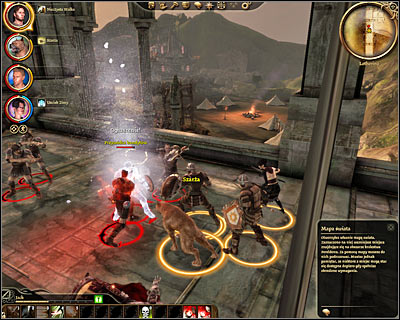 Sadly in order to solve this quest once and for all you'll have to get rid of the bandits by defeating them in battle. You shouldn't have any problems provoking them to attack your team members, even if you've been acting peacefully so far. As soon as the battle has started focus your efforts on defeating their leader who is going to be a mini-boss. Once the leader is almost dead he'll surrender and you'll trigger a new conversation. You can now decide to finish off the bandits or you can let them go. If you allow them to leave don't forget to order them to return all the stolen goods.