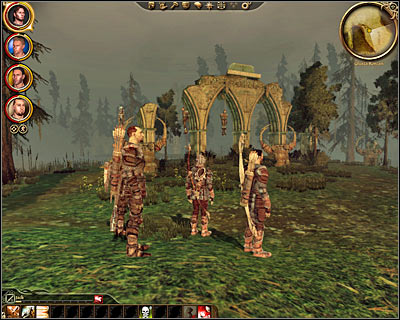 Description: In order to solve this quest you must keep moving to the south-east, eliminating all the monsters you encounter during your time spent in the woods. Make a stop once you're close enough to small ruins (M22, 6). It would be a good idea to prepare for a difficult battle by healing your team members, improving their equipment and saving the game. 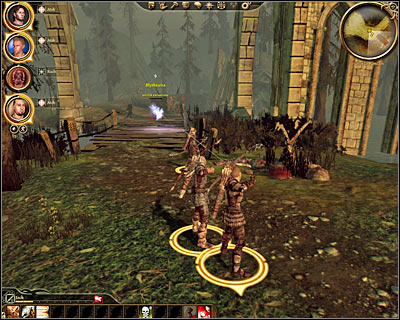 You should be able to notice a small wooden bridge in the distance (M22, 7). The bridge is going to be defended by monsters and you'll have to watch out mostly for a Hurlock emissary. Keep your team members far away from each other, because the emissary is going to be a mage and it'll throw a lot of fireballs at your men and women. You must keep attacking the mini-boss from the distance, because the area around the bridge is filled with traps. Keep attacking the monster until it's killed. 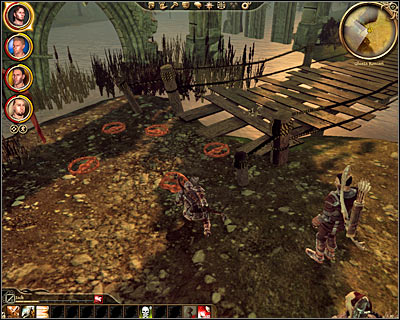 If you have a person in your team capable of disarming the traps you should spend some time doing that. Otherwise you'll have to be careful while moving your team to the other side of the river. Now you'll want to start moving north-east (M22, 9). I have to warn you that it's not going to take long before you encounter a new mini-boss. This time you'll be dealing with a powerful warrior (Hurlock alpha), so you'll have to watch out for followers losing a lot of health due to beast's attacks. Make sure to examine the body of the boss after the battle. 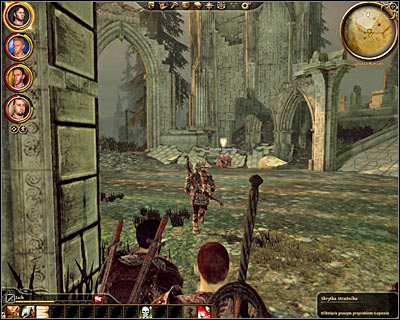 You'll have to make your way to a designated area of the map. Enter larger ruins and notice a stash with a yellow blinking arrow (M22, 10). I wouldn't recommend approaching the stash unless you've already completed Tainted blood quest, because doing so will trigger a cut-scene featuring the witch Morrigan. The conversation with Morrigan is going to be short and rather irrelevant, because she'll eventually guide you to a different area to meet your mother. 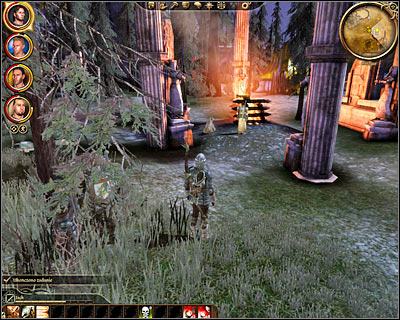 You won't have to pay too much attention to your answers during the conversation with Flemeth, because sooner or later she'll give you the ancient treaties and you'll automatically return to [Ostagar] (M21, 4). Naturally you must go back with the treaties to Duncan (M21, 2) and assuming that you've completed both tasks you'll take part in the ritual. Don't worry about it, because you'll survive the process and automatically trigger a new important quest - After the ritual.