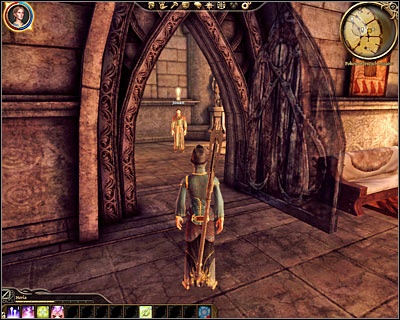 Description: Jowan will ask you to hear him out in a safe place. Once you've agreed to his request you'll be automatically transported to a nearby chapel (M11, 6) where you'll meet his partner Lily. Jowan will inform you that he plans on destroying his phylactery and escaping the tower. You can now agree to help him out or to refuse in aiding him in his escape. If you choose not to help him you must go to Irving (M11, 4) and tell him about the situation. The enchanter will then ask you to continue working with Jowan so he can ambush him at the right moment. Either way you'll be familiarized with the details of Jowan's plan and you'll start helping him in achieving his final goal. 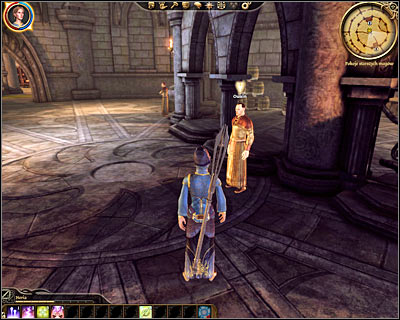 The first part of this quest will be to find a way to disable a magical barrier in the tower's basement and in order for this to succeed you must talk to Owain (M11, 7). He can be found in the center of this level and you must ask him for a rod of fire. Sadly, during this conversation you'll find out that one of the enchanters must sign the form before he can give you the object you desire. 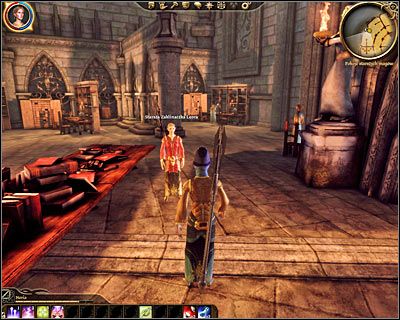 You can ask one of two enchanters to sign the form. If you've aligned yourself with Irving (M11, 4) then all you have to do is to explain the situation to him and a second later you'll have his signature. If you truly want to help Jowan and Lily you can't go to Irving, so instead you'll have to perform a sidequest for Leorah - Pests in the storage area. Once you've finished the assignment go to Leorah and remind her of a favour. Return with the signed form to Owain (M11, 7) and in return you'll receive the rod of fire. 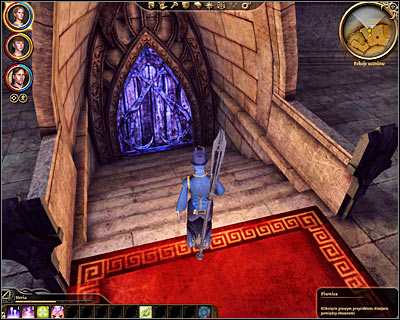 You may now return to the chapel area (M11, 6 ) and show the rod to both Jowan and Lily. Notice that they've joined your team, so it would be a good idea to spend some time equipping them and managing their ability bars. Locate the stairs leading to [The Circle Tower - Student Quarters]. Here you'll have to proceed to the northern door to travel to [The Circle Tower - Basement] (M11, 8). 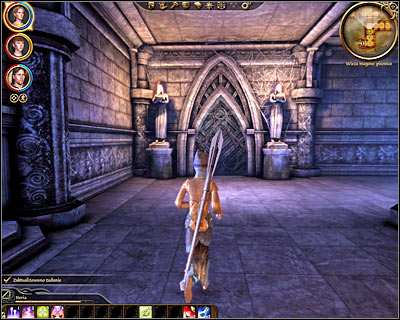 Once you're inside the basement (M14, 1) you can start moving forward right away. All you have to do here is to approach two doors (M14, 2). The first door is going to be opened thanks to Lily. As for the second door, you'll find out that your rod doesn't work on the magical barrier. As a result you'll have to choose the eastern corridor where you'll find the third door and have a chance to use the magical item for the second time (M14, 3). 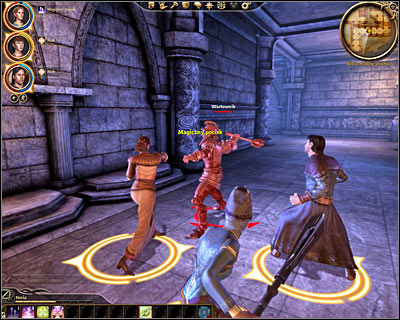 Notice that using the rod to open the third door has resulted in a nearby sentinel coming back to life and there's going to be more of them in other areas of the basement. Each time you attack a new group of sentinels focus on eliminating one of the targets instead of hitting all of them at the same time. Lily can also stun them using one of her abilities which helps out a lot. As for Jowan, focus on using his fire spells, because they'll do a lot of damage. 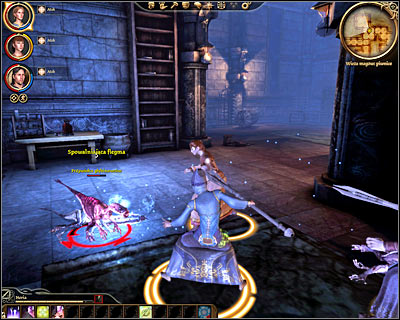 You'll now have to explore the entire basement and you'll be moving counter-clockwise. Don't forget to search smaller rooms to find a lot of useful supplies and be ready to defeat other types of opponents. Robed sentinels will always have to go down first. Deepstalkers on the other hand are weak creatures, however one of these monsters will be a mini-boss, so you'll have to pay more attention to killing it quickly. 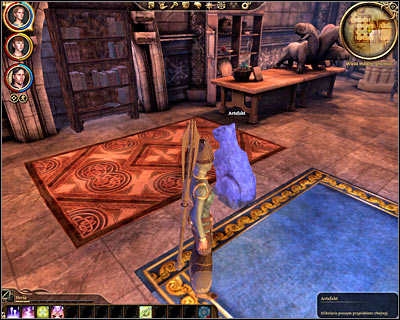 You'll have to make your way to the last room of the basement. Start off by opening a nearby chest and collecting a blackened heartwood staff. You may now click on a statue of an animal (M14, 4). Listen to what your team members have to say and click on a nearby bookcase (M14, 5). Ask one of the allies to move this object and click on the statue for the second time. The main character will automatically use the rod here to destroy a section of the wall. 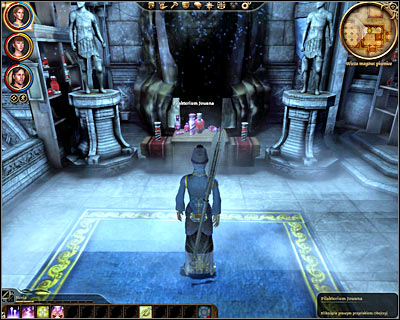 You shouldn't be surprised to hear that more enemies will be waiting for you inside. Be careful, because one of them (sentinel guardian) is going to be a mini-boss. Keep using the spells to heal your team members if possible and prevent them from dying during the battle. Once it's safe again use the stairs to get to a new platform and click on a table to collect Jowan's phylactery (M14, 6). If you were working with Irving you can now confess that you betrayed him, but it won't change the outcome. Otherwise agree to leave the basement. 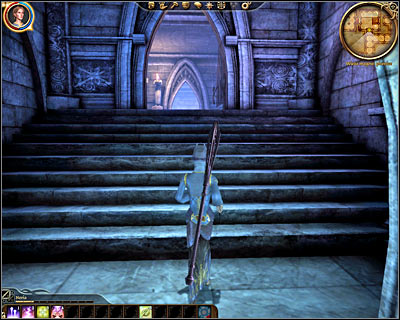 Head on to the northern door, because the magical barrier has been disabled (M14, 7). Return to [The Circle Tower - Student Quarters] (M11, 8) where your team is going to be stopped by Irving, Greagoir and other templars. If you've been helping Irving he's going to be happy with the outcome. Otherwise he'll be mad at you, but it won't change anything else. Irving will now ask you if you took any items from the basement and if you don't want to give him back the staff you can lie about it using your persuasion skills. This prologue will end with Jowan escaping the tower and the main character joining Duncan to set out on a new journey.