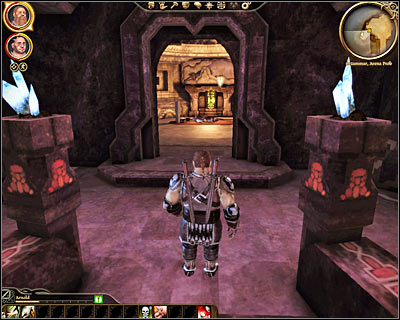 Description: Start heading towards [Orzammar - Commons - Proving grounds] (M5, 6). You're going to be stopped by a guard, but all you have to do is to show him a pass given to you by Beraht. Once you're inside (M6, 1) proceed to the north. Eventually you'll have to get to the room where Everd is staying (M6, 2). You'll notice that he's completely drunk and therefore can't compete in the arena. 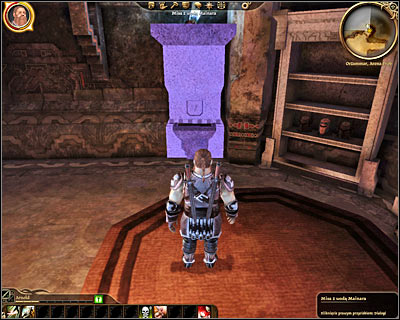 Leske will immediately think of a new plan - you'll replace Everd on the arena by wearing his armor. You can agree to this plan right away or you can convince Leske that Mainar should still be poisoned. If you decide to go on with the poisoning you'll be allowed to choose between asking Leske for help or applying the poison yourself. If you send Leske you'll have to talk to Mainar (M6, 3) and distract him for a short while. If you go in yourself you'll have to ask Mainar to allow you to check his room and poison his water supplies (M6, 4). 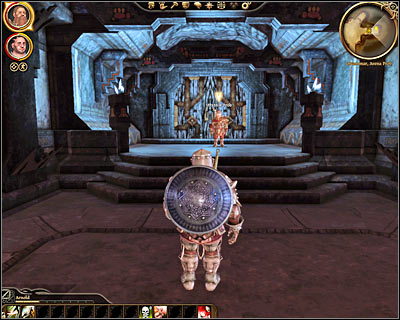 In order to disguise yourself as Everd you must wear his armor. All the necessary items can be found inside the chest in his room (M6, 3). Open your inventory and move all the items to their respective slots, including the helmet. Once you're ready to move on proceed to the eastern corridor and talk to one of the guards (M6, 5). Confirm that you want to enter the arena. 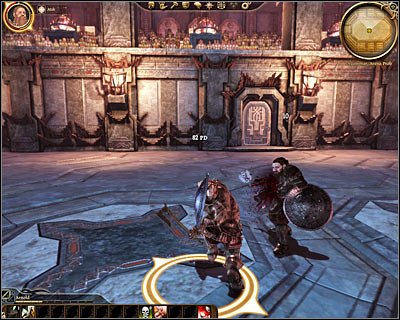 You'll have to defeat three enemies in the arena (M6, 6) - Mainar (fully healed or poisoned), Adalbo and Lenka. Each time focus on using your active skills and don't forget to heal your character whenever he loses a lot of health. After you've won the third fight Everd will show up on the arena unexpectedly and therefore he'll foil your plans. It doesn't really matter how you'll react to his appearance, because you'll be thrown into the dungeon by Beraht's men (M7, 1). Here you'll have a chance to talk to Leske and Jarvia, ending this second quest of the prologue.