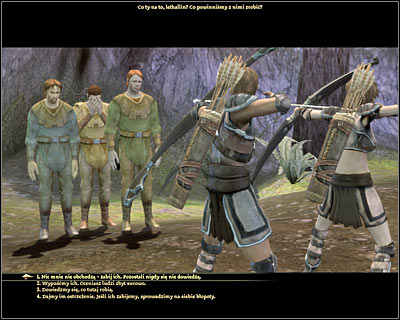 Description: Start off by interrogating three men you've encountered during your patrol with Tamlen. During this conversation you'll find out that the humans have been able to locate ancient elven ruins and that a powerful beast has scared them away. As a proof you'll receive an elven artifact. This meeting can have one of three endings. You can release all the humans, you can kill one of them to frighten the remaining two or you can assassinate all of them. Bear in mind that your decision won't have a big effect on the rest of this origin story, because only a few conversations in the future will be slightly changed. 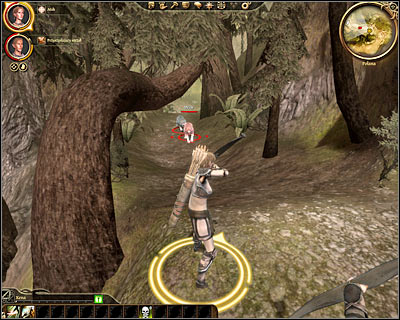 You start off in the [Forest clearing] (M1, 1) and you'll have to travel a few hundred meters of a linear path to find the entrance to the ruins the humans were talking about. You'll encounter a few wolves (M1, 2) along the way, however killing the animals should be an easy challenge. Don't forget to examine interactive objects found along the way, including a dead halla and a tree stump. You can also open a few crates, however you would have to be playing as a rogue (lockpicking skills required). Once you've found the entrance talk to Tamlen and proceed to the [Elven ruins] (M1, 3). 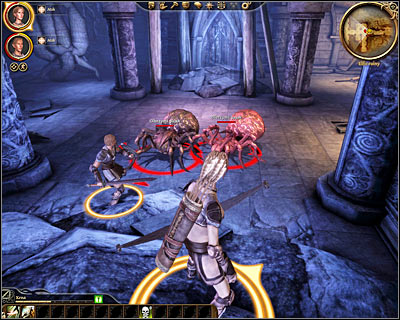 During the exploration of the ruins (M2, 1) you'll be travelling west and you'll be allowed to choose between a northern path and a southern path twice (M2, 2). The choice of a path won't affect the rest of your mission and in both cases you'll be dealing with a lot of giant spiders. Bear in mind that the spiders are capable of taking you or Tamlen down and you should rescue the other character if something like this ever happens. Aside from the spiders you'll also have to disarm a couple of traps (only if you have certain rogue skills). 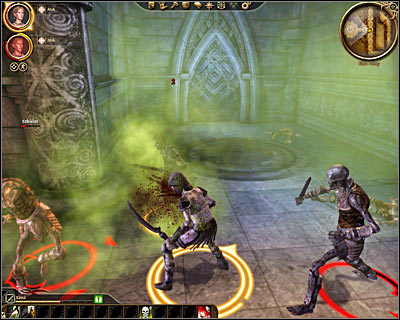 Eventually you'll make your way to a large statue (M2, 3). Listen to what Tamlen has to say about the statue and continue exploring the ruins. When you'll try to open the western door a new trap will be triggered and skeletons will appear near your team. Retreat from the hazardous area and deal with the monsters in a safer corridor. Once you've won wait for both team members to regain health and proceed to the next room (M2, 4). You'll have to kill a mini-boss there. It's going to be a type of a bear called a bereskarn and you should keep using all available moves to defeat it. Thankfully you'll find a lot of potions in crates and near the monsters in case you'll need to heal. 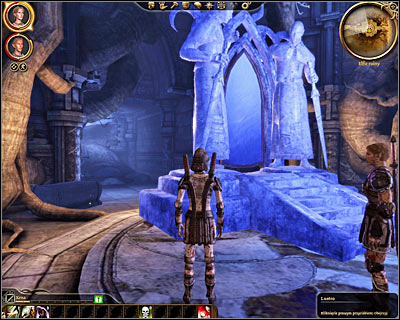 After you've eliminated the mini-boss you'll be allowed to explore the last room of the ruins. Look around if you want to, however you would be stopped by Tamlen if you'd move too far away. Sooner or later you'll have to examine a large mirror located in the center of the room. Sadly you won't be allowed to stop your teammate from touching the mirror and the whole scene will end with the main character waking up in the [Dalish elf camp] (M3, 1). You can now talk to Fenarel and Keeper Marethari to find out that you've been rescued by Duncan and that Tamlen wasn't so lucky. 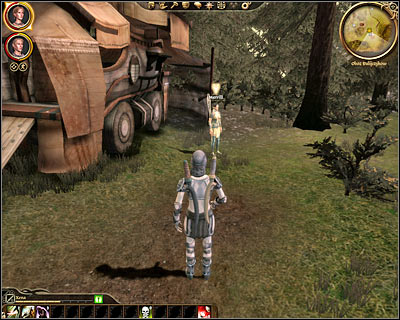 If you want to talk to Merrill right away proceed directly to the southern area of the camp (M3, 3). Otherwise talk to Fenarel first. He can be found in [Dalish elf camp - children Aravel] (M3, 2) and you'll be allowed to ask him to join you in your quest. Either way you'll have to eventually go to Merrill and agree to return with her to the [Forest clearing] (M1, 1). 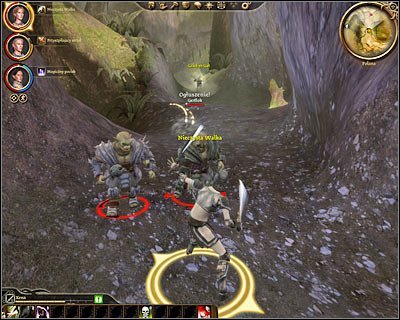 You'll be using the same path here, however this time you'll encounter several groups of genlocks along the way. Killing these beasts should be easy, however I would recommend focusing on eliminating the archers as soon as possible. Merrill will make a few stops along the route, but it's not a big deal. Once you've reached the [Elven ruins] (M1, 3) continue exploring the tomb. Genlocks will occupy the same spots as the spiders you've encountered the last time you were here. 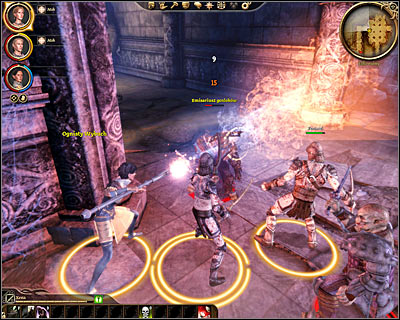 The second pair of corridors will now contain bear traps and you probably won't be able to disarm them. The only solution will be to avoid the traps or to move back after receiving injuries. The statue (M2, 3) is now being guarded by a genlock emissary. This monster is a mage, so you'll have to eliminate it as soon as possible. Once the emissary has been killed deal with the rest of the monsters. 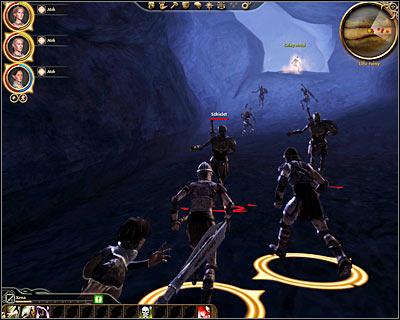 You may now enter to the last room with the cursed mirror (M2, 4) and you'll find Duncan standing next to it. This conversation will end with Duncan destroying the mirror and you'll have to choose between going back with him to the camp right away (M3, 1) or after exploring the ruins. If you choose to stay in the ruins you can explore the previously inaccessible western passageway. Break into a crate at the end of the corridor (M2, 5) and examine a strange statue to summon nearby skeletons back to life. Don't forget to use Merrill's abilities to kill the undead quickly (especially her ability to light her foes on fire). 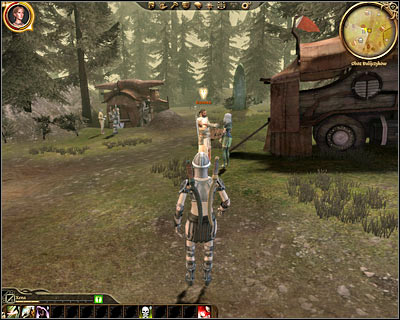 You can now return to the [Dalish elf camp] (M3, 1) and listen to what Keeper Marethari has to say. Go talk to Paivel in [Dalish elf camp - campsite] (M3, 4) in your spare time. It would also be wise to visit the local trader Ilen [Dalish elf camp - archers Aravel] (M3, 5). Once you're ready to end this quest approach Duncan (M3, 6) and you'll be given a chance to begin your journey with the Grey Warden (he'll recruit you by force if you decline his initial offer).