In this chapter you will learn about a task that causes players very big problems, even though they completed everything indicated by the game. 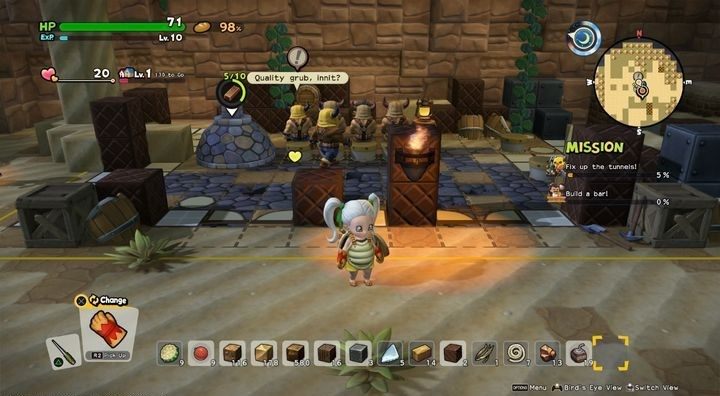 In Dragon Quest Builders 2 there is a task on the initial island of Isle of Awakening (after the chapter on the island of Moonbrooke), in which you have to build a royal room. Unfortunately, for some reason the game does not score this task, even though you have done everything you were asked to do. To avoid issues related with this task, it is best to divide the whole area into several rooms, not just one.

When making a room, it is best to use only Castle Walls Block, for some reason you will be unable to finish the quest if the room is made of another building material.

While making a room with royal bedrooms, for some reason the game does not score the task if you put a The Princess Bed on the floor. King Sized Bed should solve the problem. Also, remember to put a nameplate with the name of the king. The royal bedroom should be located literally next to the throne room. These are the most common mistakes that cause the quest to faild or get bugged.