In the next chapter of our guide to Dragon Quest Builders 2 you will find out what happens if your food bar drops to zero and how to renew it as soon as possible. 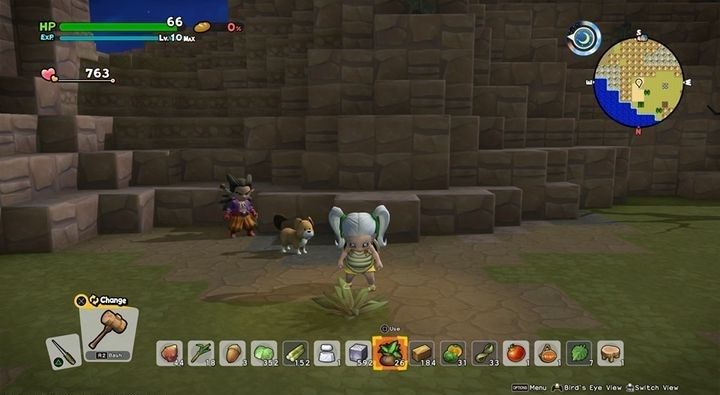 In order to prevent this state, it is enough to just eat some food, such as bread, which you are going to make after you throw grain into bonfire. Also, you can simply eat some tomatoes. Each type of food has its own description, in which you can find out how much HP you may restore and how much food bar is going to be renewed.

The food itself can be obtained in many different ways. You can find it in chests, get it from NPCs for completing tasks, or even breed animals and grow crops.