Dragon Quest Builders 2 is a game that allows you to become a creative hero, the so-called Builder. The player is endowed with the creative power to build a variety of things which can be unlocked as you progresses in Dragon Quest Builders 2. You unlock new items and stuff by completing a variety of quests, simply upgrading your character or a village. In addition to the building itself, the multitude of tasks and the exploration of the world, you can also fight various monsters that will attack you (if you get too close to them). Malroth, a specific NPC, will help you in battles with enemies, so you don't have to fight alone.

Dragon Quest Builders 2 is an adventure sandbox. The whole main story campaign can be completed in about 45 hours, but there are still side tasks and exploration of various islands available, which may extend the entertainment for another tens of hours. With Dragon Quest Builders 2 you can have fun for a long time.

Is there a photographic mode? 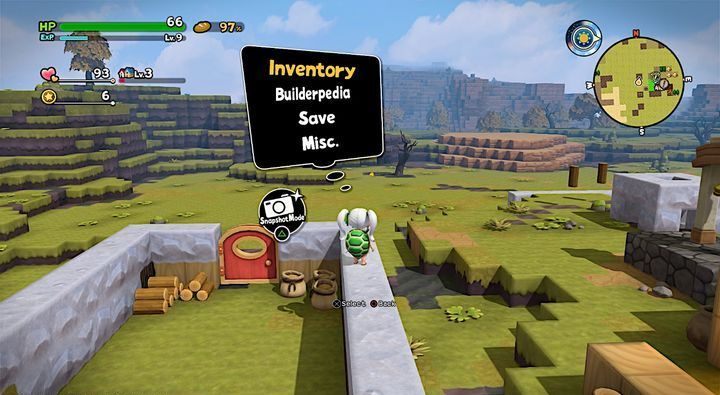 Yes, in Dragon Quest Builders 2 you can use the photo mode. To use the photo mode, stop the game by pressing the pause button (options button on the PS4 controller) and then press the triangle on PS4. Snapshot Mode will pop-up, thanks to which you can take any photo you want, and then there will be an option to change the filters, facial expressions of your character, NPC or even the zoom of the camera.

In addition, you may share your image so that all other players can see your work. This photo can later be seen on the Noticeboard. You can see not only your community rated photos, but also photos of other users. You have options to add them to your favorites or even give them a like!

Is it possible to kill NPCs?

No, you can't kill any NPCs. Once you start attacking an NPC, the character you are attacking will start jumping. You do not need to fear that you will injure any NPC by accident, even while harvesting crops or materials. The same thing works the other way around, NPCs won't hurt your character when you fight an opponent, even if he/she has hit you by mistake.

How do I unlock multiplayer?

To unlock multiplayer mode, you must complete the first island, Furrowfield. Once you've done that, return to the island from which you came to Furrowfield. Upon arrival at the initial location, perform all the new tasks, including the river, meadow and forest. After completing the task, an NPC called Hairy Hermit will explain everything about multiplayer mode.

To join the game of another player, you need to use the portal, which is located in the initial location.

In order to play multiplayer, you need to have a paid subscription - for PlayStation or Switch. An additional advantage is the fact that players playing on both PlayStation and Switch, can peacefully play together in Dragon Quest Builders 2, because there is a cross-play feature available. Unfortunately, the same cannot be said for a local co-op. At the moment there is no information about any local multiplayer mode.