This page of the guide to Dragon Ball Z: Kakarot has walkthroughs for the following missions: Potara Earrings, Sinister Smog, Pure Evil. 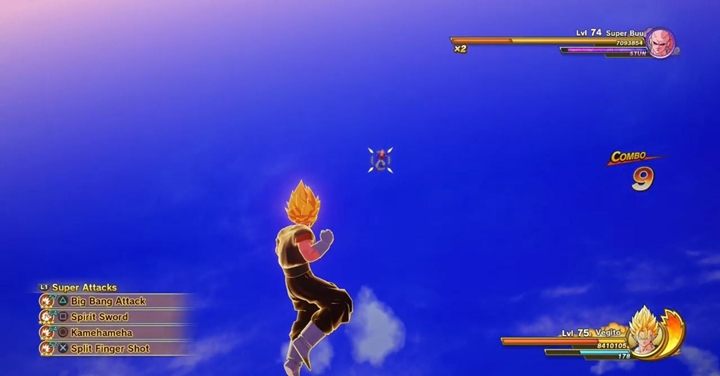 You now play as Vegito - a fusion of Goku and Vegeta. You are fighting Super Buu who is at level 74. Vegito is extremely powerful - you fight at full boost and your level is higher than the opponent's. Your character also has two unique attacks - Spirit Sword and Split Finger Shot, as well as the classic Kamehameha and Big Bang Attack. These techniques are very strong and can easily defeat your opponent. 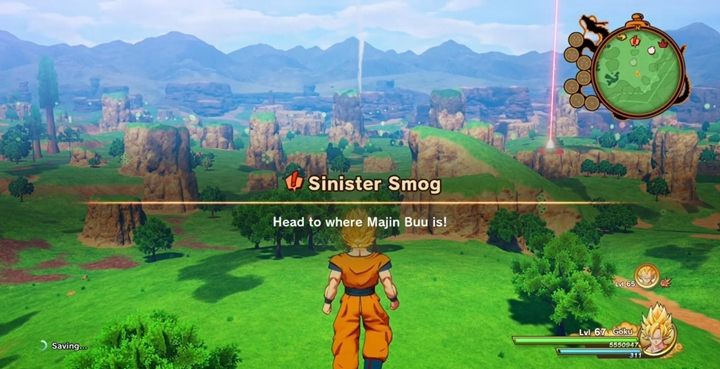 Fly with Vegeta after Majin Buu. Unfortunately, you will find that the monster still has a few tricks in store - Buu will turn into its menacing, primitive form. 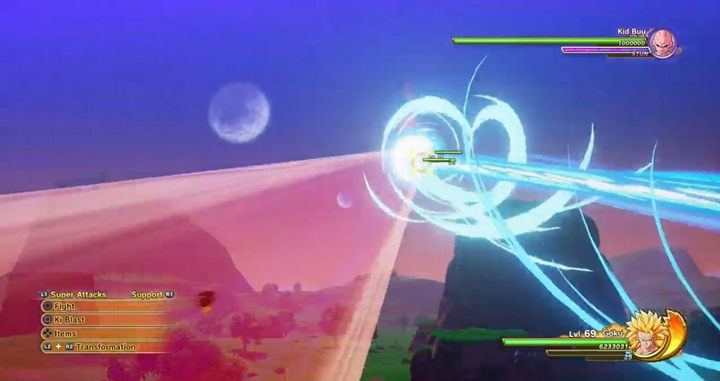 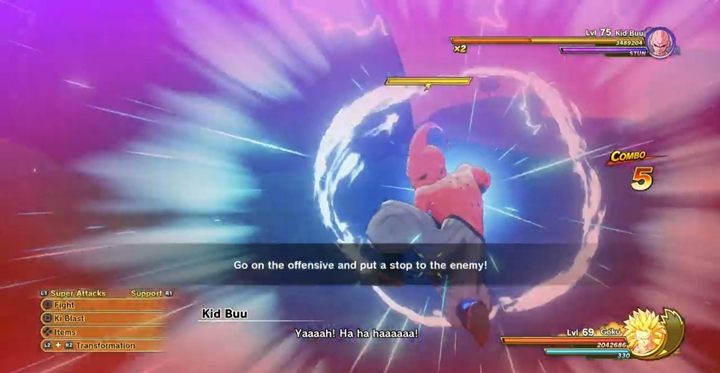 Goku must face Kid Buu. Your opponent is at level 75. To makes the fight a little bit more even, Goku will stay in Super Saiyan 3 throughout the entire battle. Kid Buu has powerful Ki attacks like Kamehameha, clones, stun attacks. Always try to interrupt his Kamehameha. At the beginning of the battle, focus on the clones, dodge a lot, and then focus on attacking Kid Buu. Dragon Fist and Kamehameha work perfectly here. Beware of Buu's powerful attacks (including a beam that will turn you into a candy) and if necessary, heal with medicaments