This page of the guide to Dragon Ball Z: Kakarot focuses on further main missions. Here you can find walkthroughs for the following missions: Go Go Gohan!, A Shred of Hope. 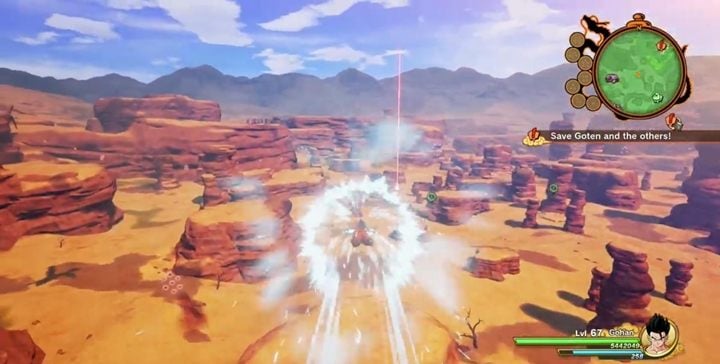 Gohan returns to Earth. The goal is simple - get to Super Buu and challenge him.

DBZ Kakarot - A Shred of Hope 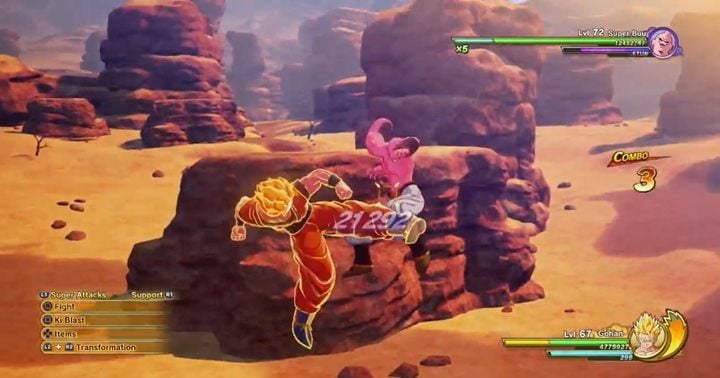 Gohan must fight Super Buu (level 72). This battle is very similar to the one you had as Gotenks. Buu has the same attacks as before. Also, thanks to the training, Gohan's power has increased. The enemy shouldn't surprise you with anything new - dodge, use Super Kamehameha, and if necessary, heal with items. 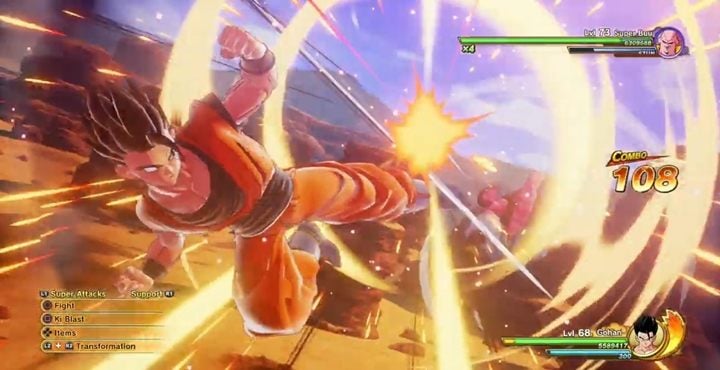 Gotenks and Piccolo have been absorbed - you have to fight more powerful Super Buu (level 73). The fight will be very similar to the previous one. However, the difference here is that Super Buu will be clearly stronger. Use the same technique as before, and don't let Buu's Ki attacks hit you.