This page of the guide to Dragon Ball Z Kakarot has a walkthrough for the following missions: Time for the Tournament!, The World Tournament Begins!, In Hot Pursuit, Into Enemy Territory.

DBZ Kakarot - Time for the Tournament! 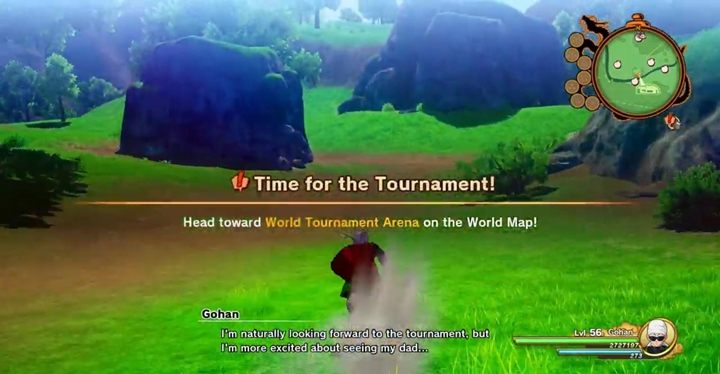 As a Gohan, fly to the specified location to join the martial arts tournament. Before proceeding with further events, you will learn that several game options got blocked: eat full meals with Chi-Chi, build cars with Bulma, and report on the training progress to Master Roshi. These features will be unlocked again after finishig the game. 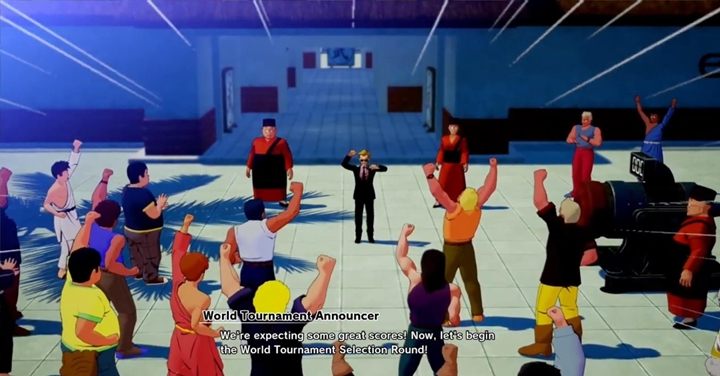 You play as Goten. Go to Trunks and talk to him. Then talk to him again and follow after him when he leaves. Watch a few cut-scenes that will introduce you to the current events and foreshadow the upcoming fights. 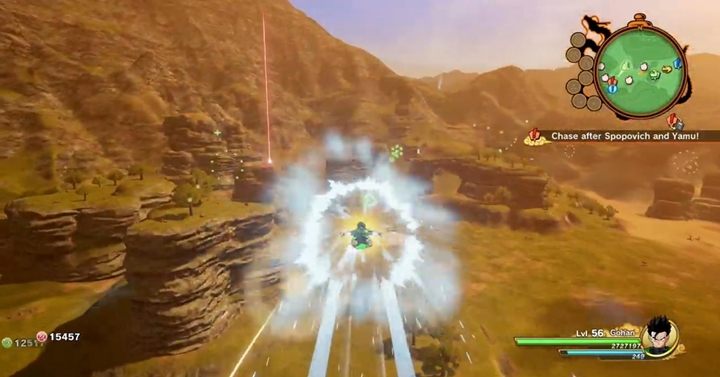 After the cut-scene, follow Spopovich and Yamu. When Krillin and Piccolo turn to stone, fly to Babidi's headquarters and go inside. 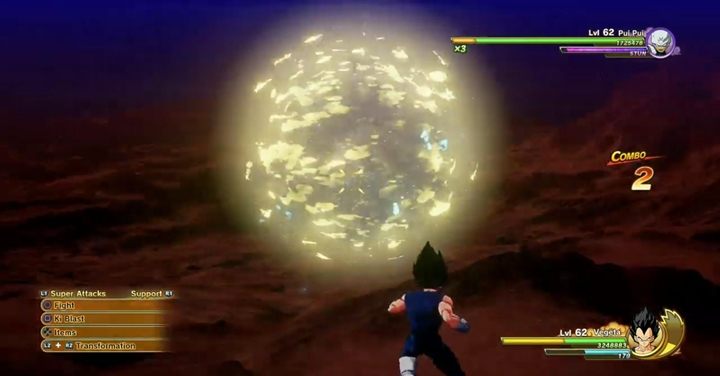 Time for some fights. You start as Vegeta who fights Pui Pui (level 62). The enemy likes to use ranged attacks - he will try to stay as far away from you as possible. His main attack is called Sniper Shot that flies quickly in your direction. Use Vegeta's Big Bang Attack to quickly eliminate the enemy. Remember about transformations! 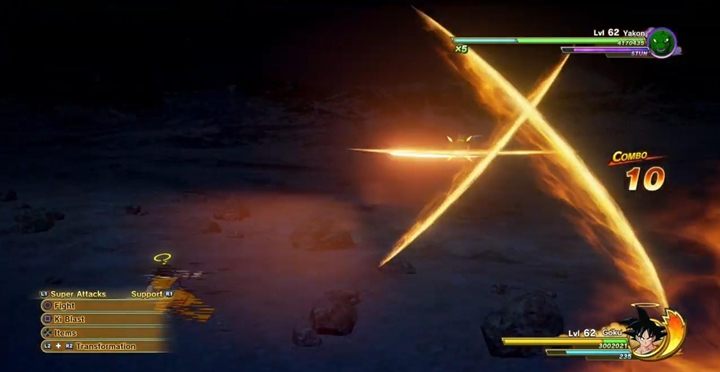 Next, you fight Yakon (level 62) as Goku. This enemy, in turn, prefers melee combat - he will charge in your direction and perform melee attacks. The enemy can also absorbs the light around him (Yakon is covered by light) and absorbs all Ki attacks used in that moment. Transform, use dodges and focus on stun attacks. After that, you an use Ki techniques.