This page focuses on the final episode of Android Terror Arrives Saga. Below you will find a walkthrough for the following missions: Beyond Gohan's Limits, The Father-Son Kamehameha!, Intermission. 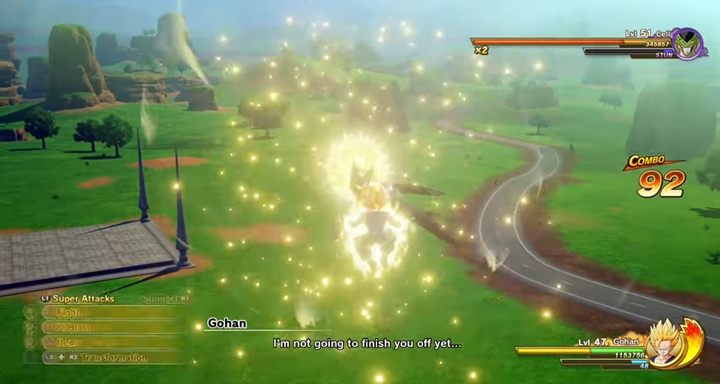 You fight Cell (level 51) as Gohan. This time, however, the boy has finally awakened his hidden power. You start the fight as Super Saiyan 2. Your attacks are really powerful, and the enemy won't surprise you with any new techniques. This battle is really easy. 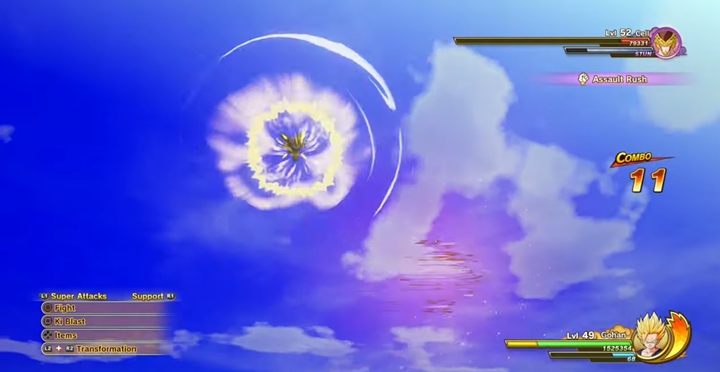 Cell returns to Earth with even more power (level 52). Time for the final battle of the Android Saga. As Gohan, you are still in Super Saiyan 2 form, however, you no longer have full power-up, which makes this fight a bit difficult. The opponent is more aggressive - he can create several clones (defeat them as fast as you can because they cause a lot of problems) and use powerful Ki attacks. However, Gohan is still very strong and fast, so just be patient do a lot of dodging/blocking and attack. Cell will be defeated with powerful father-son Kamehameha. Time for another Intermission - take break from the intense action.